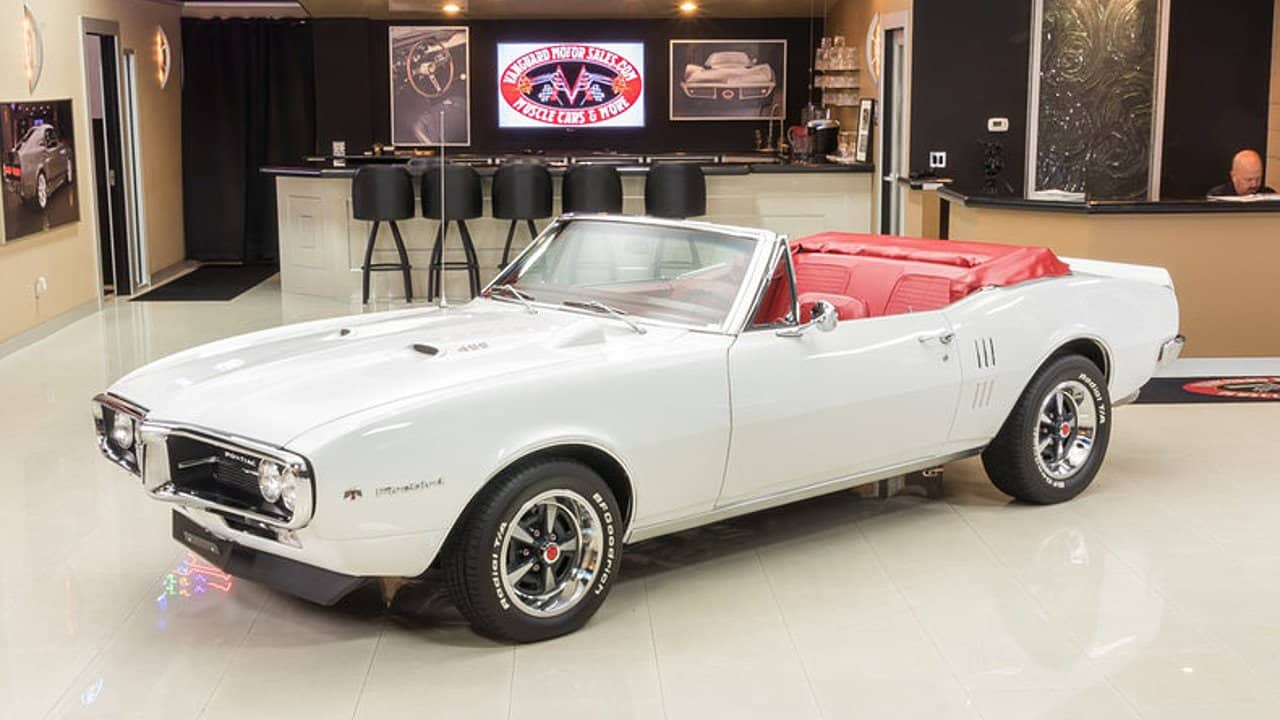 “Leave it to Pontiac to do it right. To build a sports car that’s completely different.” 1967 Pontiac Firebird sales brochure

While the Pontiac Firebird shares its F-body styling and other elements with its General Motors cousin the Chevy Camaro, the cars are by no means identical. Much of the sheet metal is shared, but that’s where most of the similarities end. The split front grille was very Pontiac, as were the slit taillights that highly resembled those of the GTO. But the differences didn’t stop with the looks of the car.

All five of the motors offered for the Firebird were exclusively made by Pontiac – no engines were shared between Firebird and the Camaro. And Pontiac wanted to highlight the engine options, and did so by selling the car as “five exciting versions,” even though the only two official models available were a hardtop and convertible version.

On top of this and the slightly modified interior and exterior trims that came with each version of the car, Pontiac also allowed buyers to add a multitude of options to most cars, including air conditioning, power steering, power brakes, power window, AM/FM stereo, vinyl roof, and white stripe tires. The extensiveness of the options list ensured that most Firebirds were customized to their owners.

Pontiac started out strong in the sales department its first year. Though its total production of 82,560 was the lowest of any pony car that year except the Plymouth Barracuda, it should be noted that sales didn’t begin until mid-season.

Standard features on the base models of the car included all-vinyl bucket seats, a wood grain dash, full carpeting and 2-speed windshield wipers. The base hardtop models started at $2,666, and production for the year was 67,032.

The convertible Firebird was available with the same options as its hardtop counterpart, and had a base price of $2,903. Total production for the convertible was 15,528.

1967 was the year the pony car wars really came into full swing. The Mustang had the pack essentially to itself since it had been introduced in 1964, other than the Plymouth Barracuda, which had been in the Mustang’s shadow since it was introduced the same year. But in 1967 General Motors decided that the record-breaking sales numbers of the Mustang indicated that this pony car class might be something they need to explore.

With the Firebird and the Camaro, they did just that – and both were very successful explorations. Ford got in on the act too that year, introducing the Mercury Cougar as a luxury counterpart to the Mustang. The AMC Javelin would be introduced in 1968 and the Dodge Challenger would come the following year.

Firebird would never be the pony car sales leader, though it was almost always relatively successful. Mustang was still riding high in 1967 (its production was 472,121 that year), but Firebird, Camaro and the rest of the pony cars were already taking many of those sales away starting in 1967. 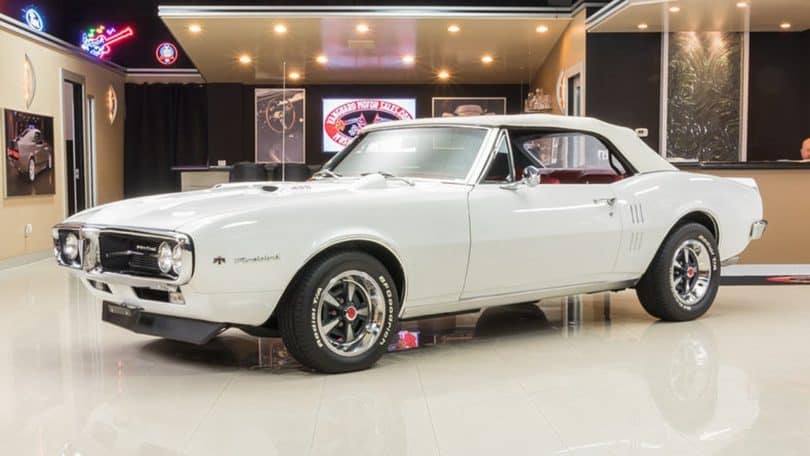 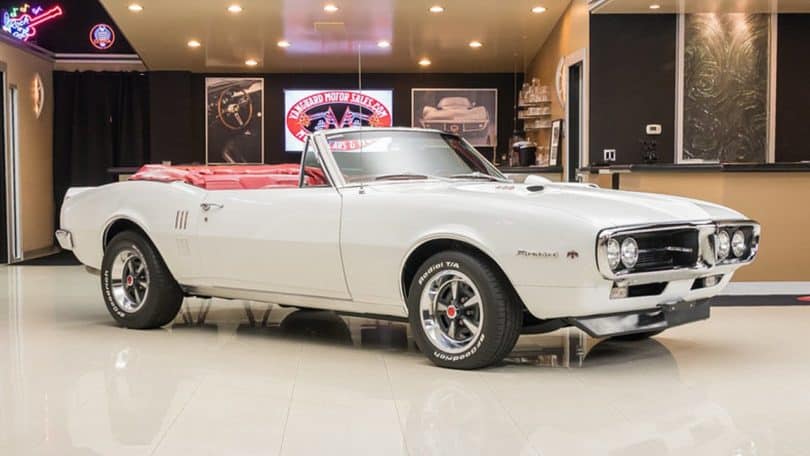 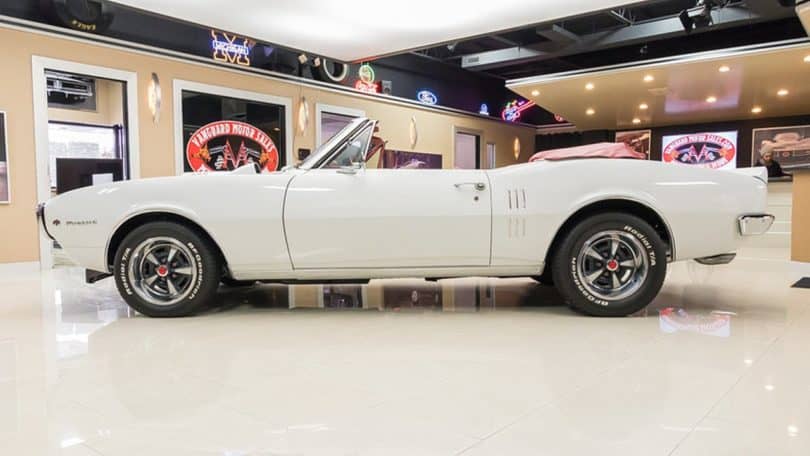 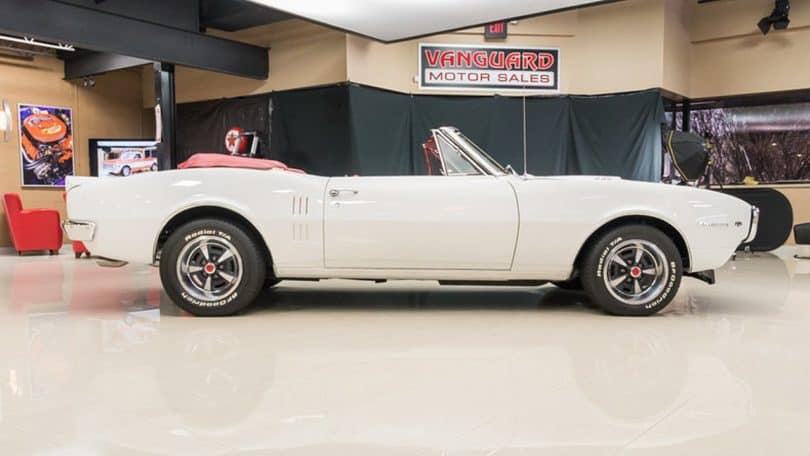 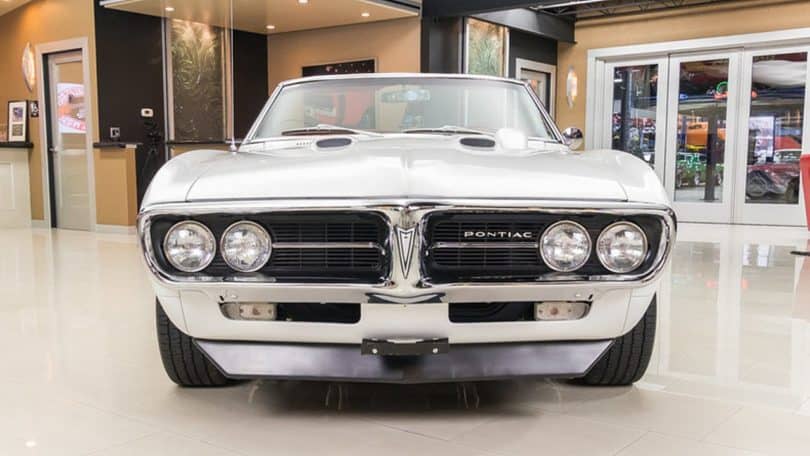 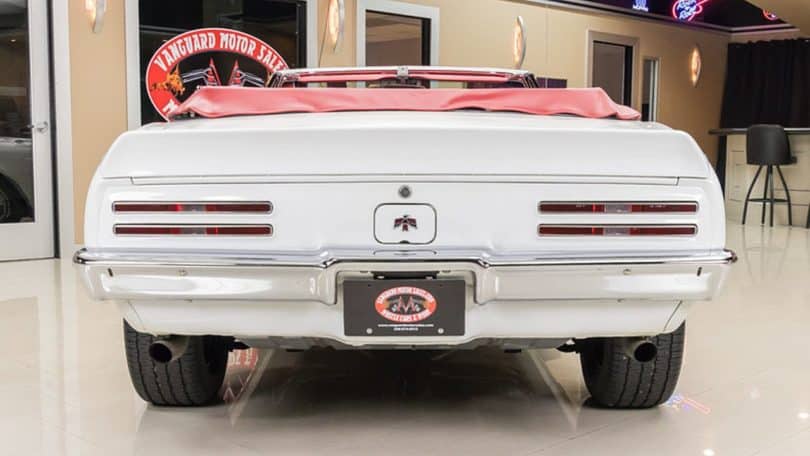 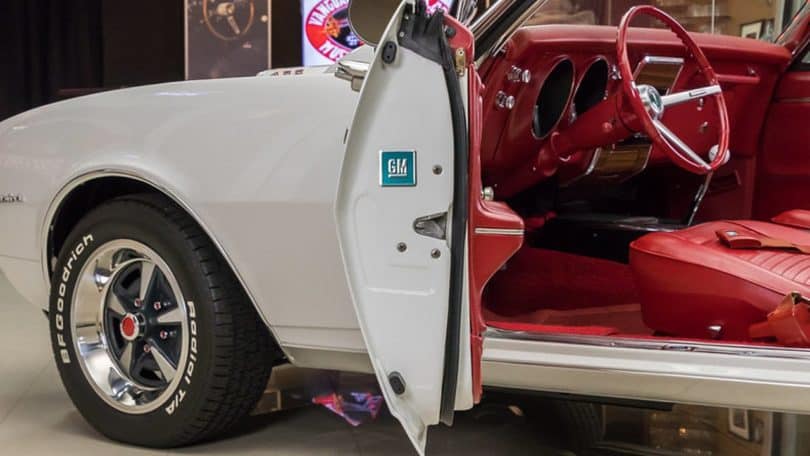 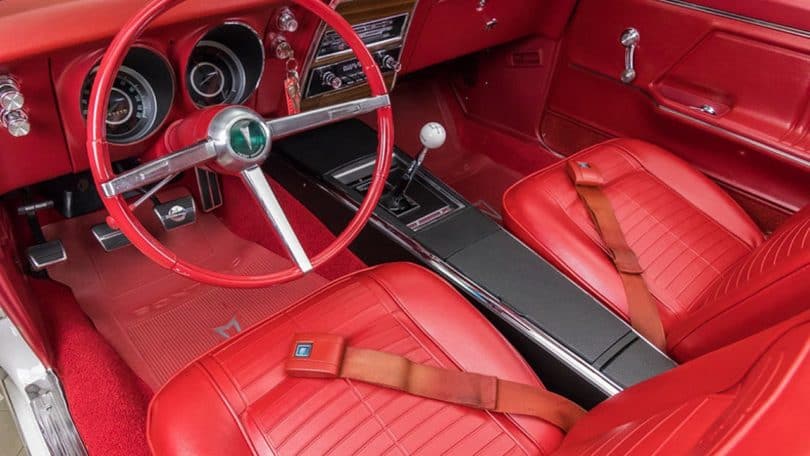 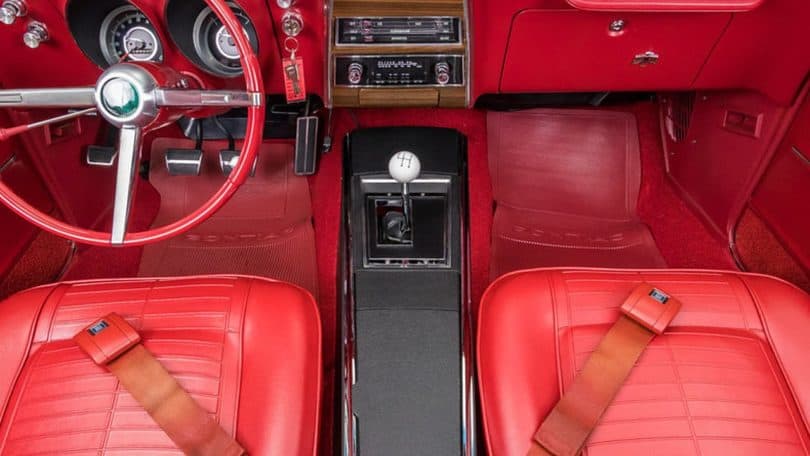 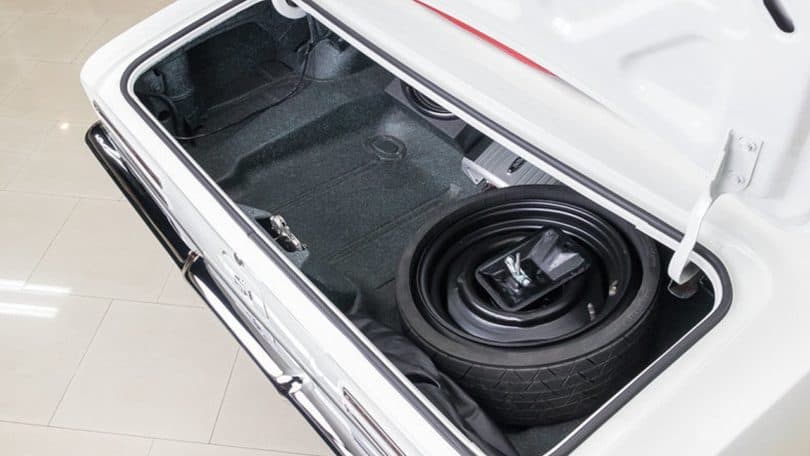 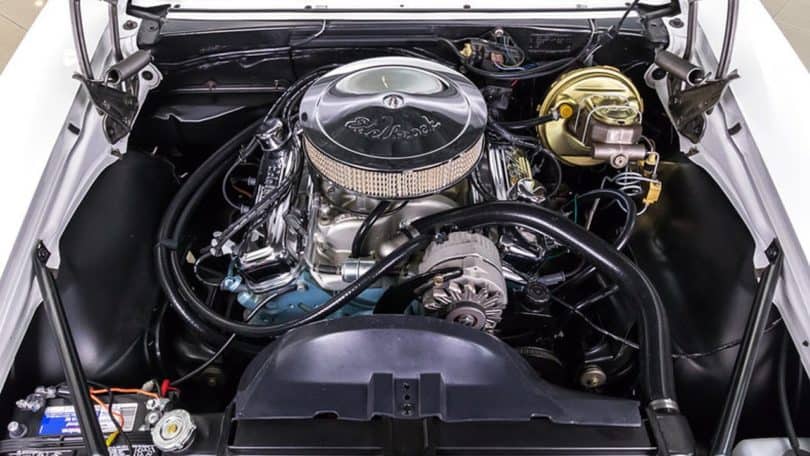 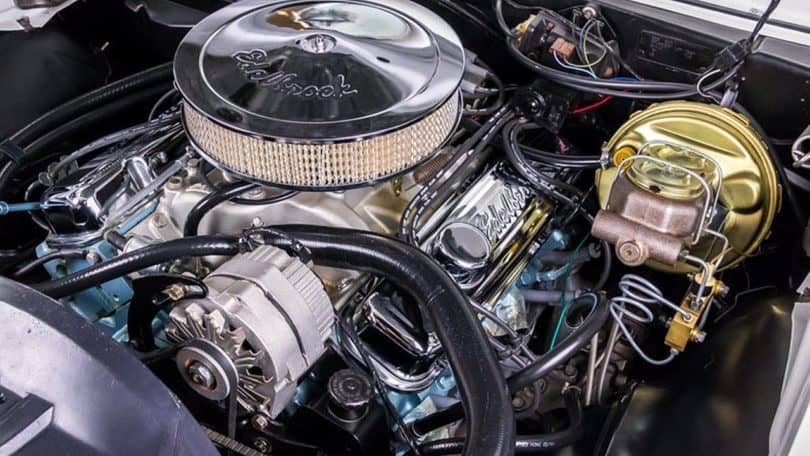 Loved the car, Not built for road racing. More than dominated local racing.

For Those That Wanted To Go Up Market

The 1967 Camaro was good looking car. The 1967 Fastback Mustang was a good looking car. The 1967 Barracuda was an alright looking car. So where does that leave the 1967 Firebird? I put it just below the Mustang and just above the Barracuda. It was definitely not a Camaro. The Firebird was designed for up market pony car buyers. It was a little heaver, it was a little more luxurious and it was a little more expensive. For buyers that wanted more that a bare knuckles weekend racer, this was their car. Sales were never as great as the Camaro or the Mustang but target market was smaller to begin with.