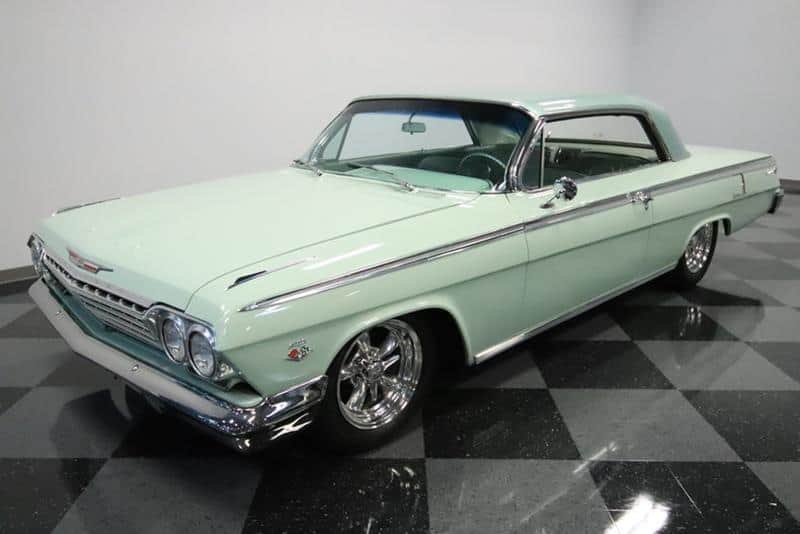 When Chevy introduced the Super Sport (SS) model of the Impala the year before, along with a new 409 CID engine, they had introduced what is now known as the first muscle car. The 409 was built to compete with Ford’s new 390 CID V8, and now that buyers were getting excited about higher performing cars, the “Big Three” car companies would work throughout the rest of the decade and beyond to bring more and more power. And this trend was already apparent in 1962.

The Super Sport option was back again for the second year in a row, through this time it was just over $100 more expensive as it added $156 to the base price of the car. The SS package was actually available to any Impala, including those with six-cylinder engines. Included in the SS package were front bucket seats with a special “leather-soft” vinyl covering that had aluminum edging. Additionally, the package included a heavy duty suspension, a tachometer, metallic brakes linings, a locking console and knock-off style wheel covers.

For those Impala-buyers that didn’t choose the high performance engine options, there were still a slew of other options available. At the low end of performance was a 230 CID six-cylinder engine that was rated at 135 horsepower, and the base V8 option was a 283 CID V8 rated at 170 horsepower. A new 327 CID V8 was introduced for the year, and delivered 250 or 300 horsepower depending on which version was chosen.

As had been the case the previous year, there were three body styles to choose from: a two-door coupe, a four-door hardtop and a four-door wagon. As popular as the 1961 Impalas were with over 400,000 produced, sales were even higher in 1962. Total production for the year was around 704,900. The cars started at $2,662 for the year.

The Super Sport models also proved extremely popular for the year. While relatively few had been sold with the optional sports package in 1961, around 100,000 SS Impalas were built in 1962. Of those, more than 15,000 included the 409 engine.

One of the Impala SS’s biggest competitors in 1962 was Chevy’s own Bel Air Coupe. In 1962, the 409 engine was available in the Bel Air and Biscayne, as well as the Impala. With the new styling of the Impala, it was slightly less aerodynamic than it had been the previous year, and some drivers wanting the 409 went with the lighter Bel Air Sports Coupe instead. But by the following year, the Bel Air Sports Coupe would be discontinued and the SS package would sell even better.

But Chevy wasn’t the only company building more and more powerful cars. The desire of American drivers to have high performance vehicles was already apparent in 1962, and all of the Big Three were working to develop the most powerful car they could. This was a trend that was nowhere near it’s end in 1962. 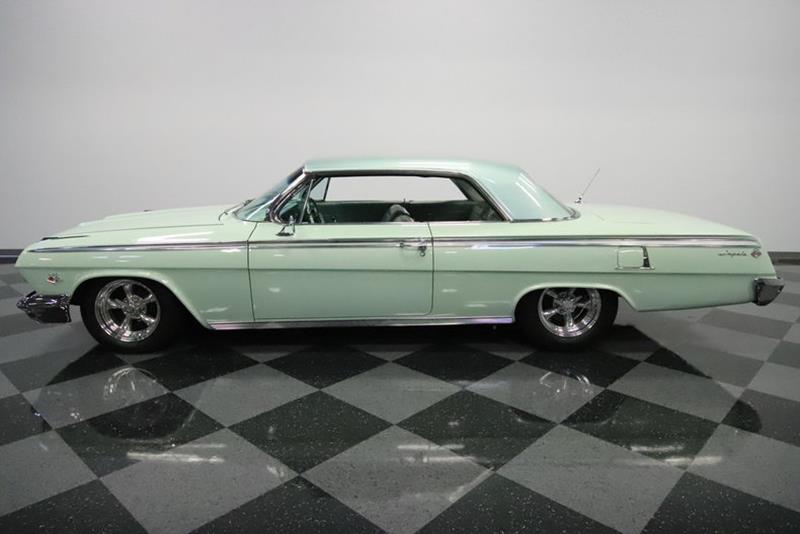 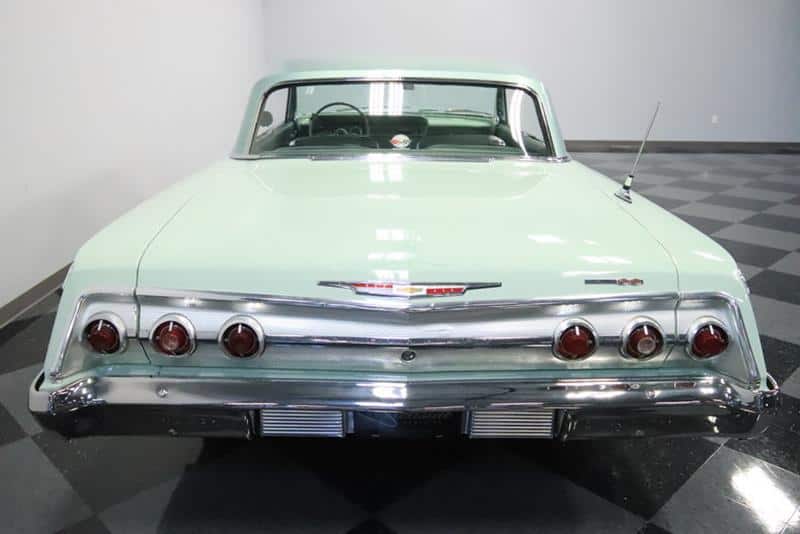 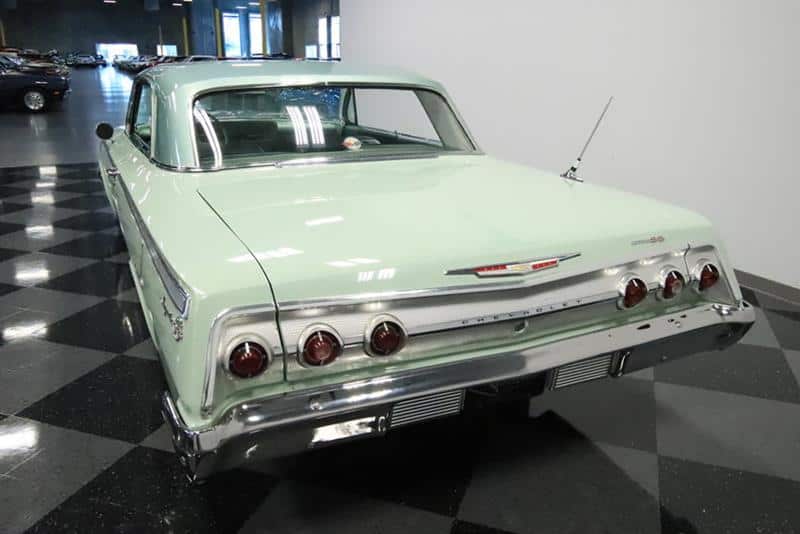 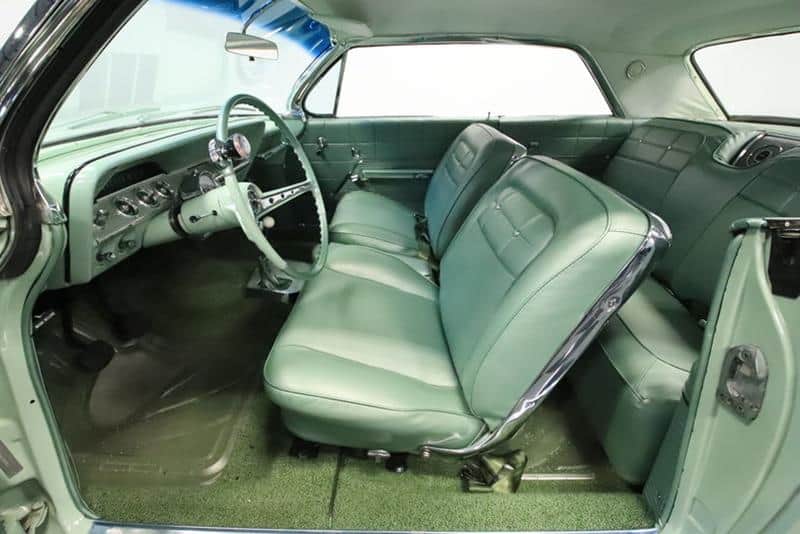 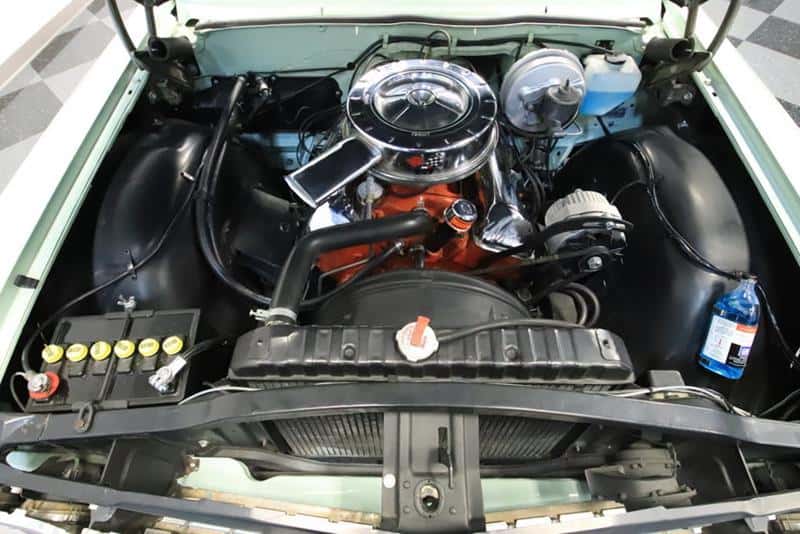 These are the best Impalas because they had not grown into the heavyweight monsters they would become in the late 1960’s. These Impala’s had to have had a major influence on the GTOs and Chevelles that would follow in a few years.

They all followed the same concept of a large engine in a lightweight body. The results were predictable – great performance.