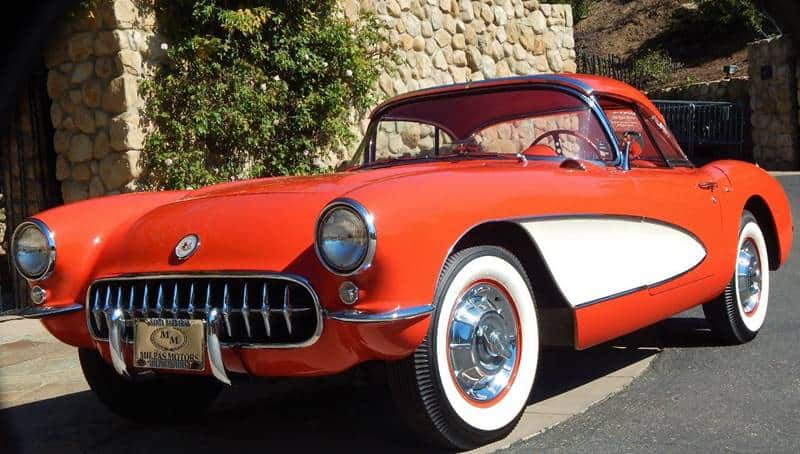 Chevrolet had been continually tweaking the Corvette since it was introduced in 1953, making styling and performance improvements as they worked to create the first true American sports car. And if they finally got the styling right in 1956, they got the power right the following year.

Visually, the 1957 Corvettes looked nearly identical to their 1956 predecessors, but it was what was under the hood that had changed – and the change was very much for the better. The new 283 V8 produced 220 horsepower, a welcome improvement over the 1956’s 265 CID V8 that was rated at 205 horsepower. Also welcome was a new optional four-speed manual transmission to go with the more powerful motor.

Motor Trend wrote at the time that “the fuel injection’s function is notable. You can’t flood it, or starve it, even with violent cornering, and hard braking [and] smoothness is a high point.” The same writer, Walt Woron, said more recently, looking back, that he had been had qualms with the original 1953 Corvette but realized something special in it.

“It was an American Jaguar XK-120 wannabe – yet it cost more and performed less,” he wrote in 2003. “It couldn’t even stack up against some of the hotter sedans of its period. Yet, the first time I drove it, I loved it.”

The allure of the American sports car was likely what got Chevy into the sports car game in the first place, and after a threat of extinction in 1955, sales would continue to rise and stay high for the Corvette.

Of course the more powerful engines upped the price of the car, with the most expensive and highest performing engine adding $484.20 to the car.

Another option was a heavy duty racing suspension that added $780.10 to the car, and the aforementioned four-speed manual transmission cost an additional $188.30. A less expensive new option was the ability to add contrasting color body-side coves for $19.40.

Chevy was always looking for ways to add to the performance of the Corvette, and the 205 horsepower engine in the 1956 Corvette already was an improvement over all previous model’s six-cylinder motors, so the new V8 for 1957 was obviously even more praised. The styling of 1956 had been a welcome change, so it was no surprise that the 1957 models looked exactly the same.

1958, however, would bring in another restyled Corvette. A four-headlight setup would replace the current two-light version, and the interior would be significantly altered. Those that argue that the 1956-57 Corvettes were the epitome of the make would say the new style was unwelcome, but the Corvette had built up forward momentum by that point and certainly had to keep going. 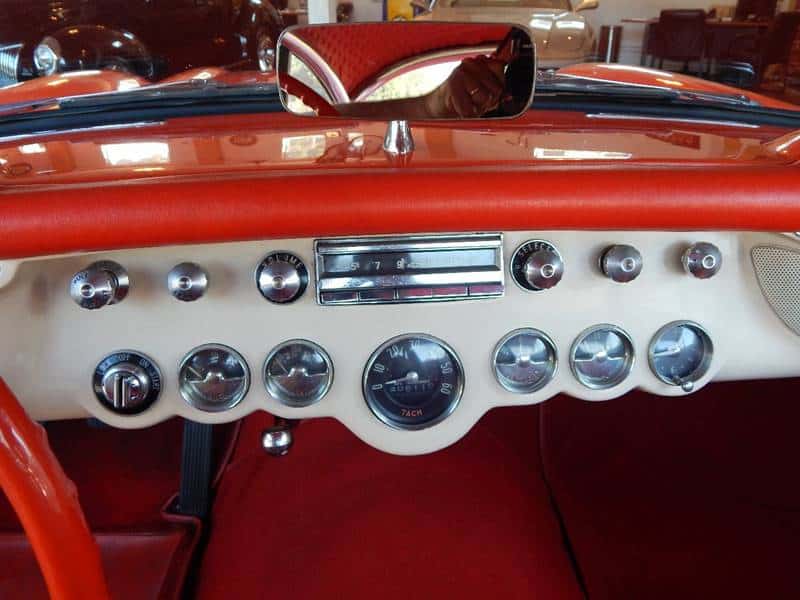 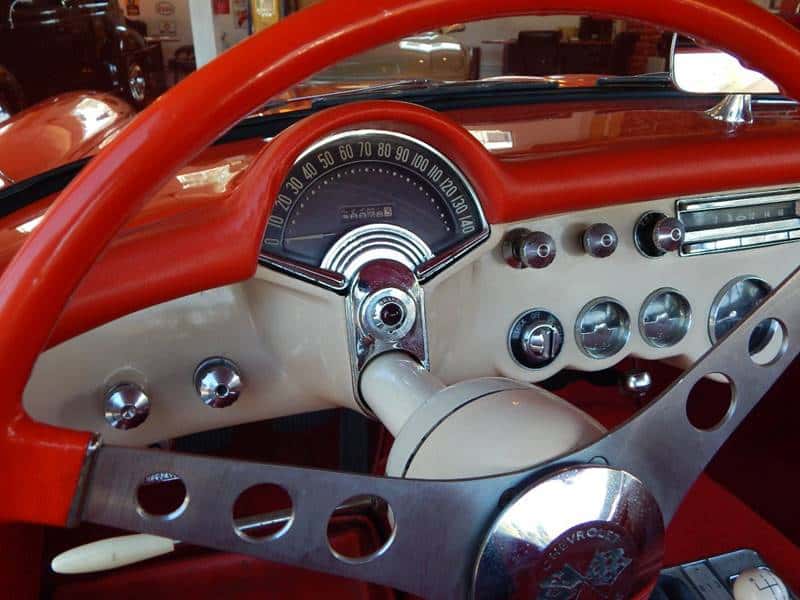 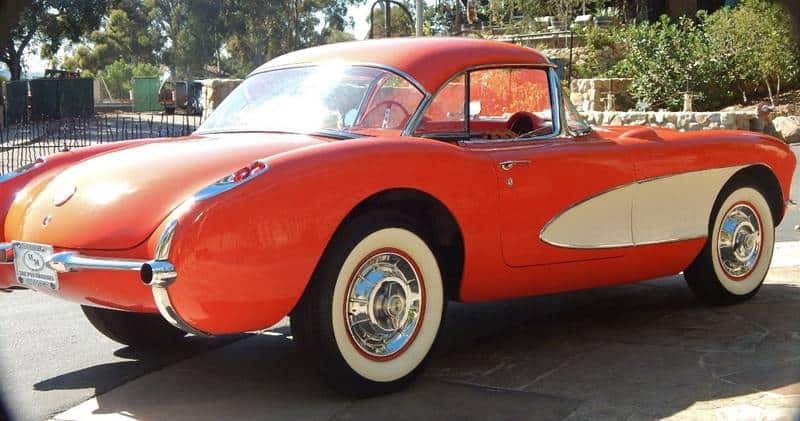 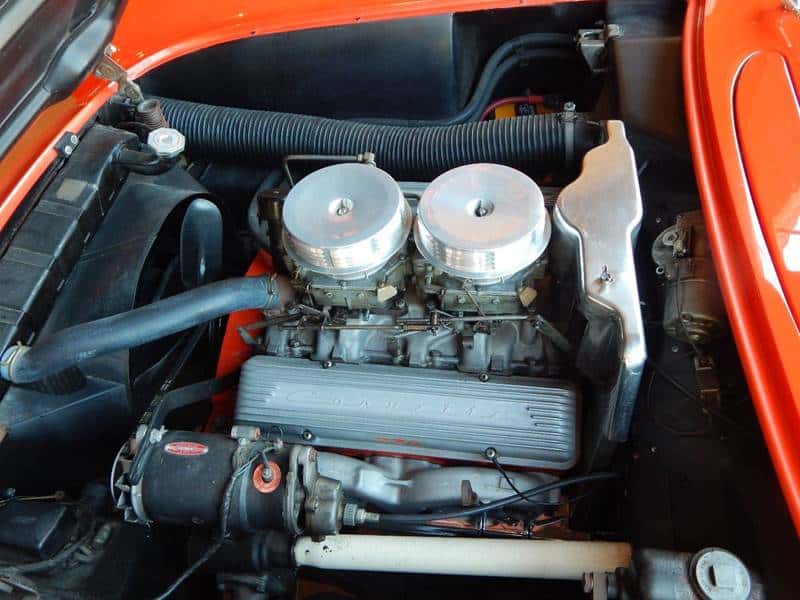 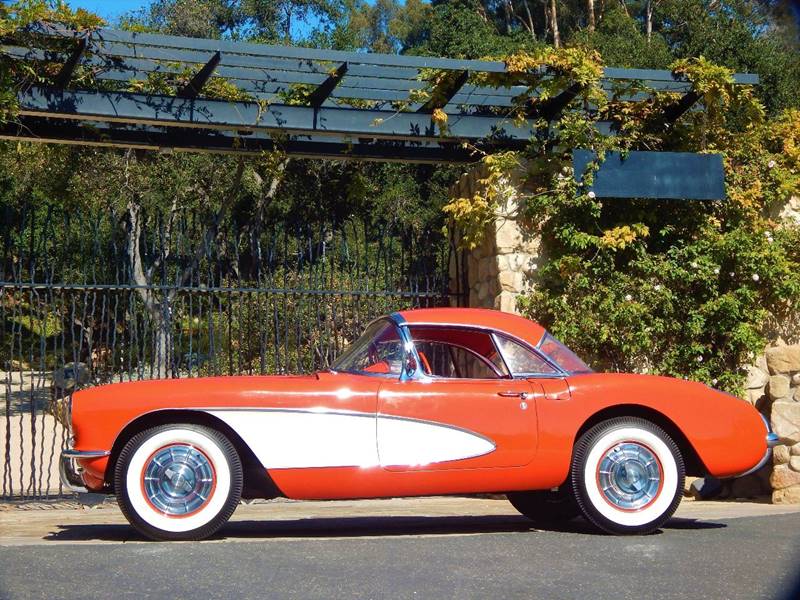