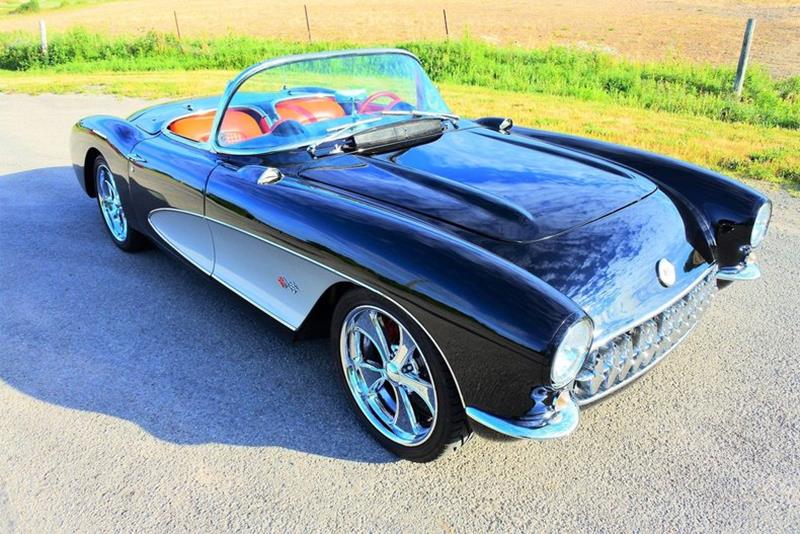 “A new Corvette by Chevrolet. Now even greater than the original in… Looks and Performance!” 1956 Corvette sales brochure

The first Corvettes, those built from 1953 to 1955, were revolutionary to the American sports car – in fact, they essentially invented the American sports car. But they also had many faults, the first two year’s models were significantly underpowered, and sales were not where Chevy wanted them. So when the new, restyled 1956 models came on the market, it made those original Corvettes seem almost like prototypes for the real thing.

While the first Corvettes were undeniably beautiful in their own right, critics saw many elements of the styling and gimmicky, and the 1956 model fixed nearly all of these “gimmicks.” Gone were the mesh coverings over the recessed headlights as the headlights were moved out front. The fin-type rear fenders were also eliminated in favor of gently sloping curves.

Another very visible element were the side scoops that became known as coves, which added finesse and a distinction to the car. Other new features included roll up windows instead of the formerly standard side curtains and the aforementioned hardtop option, which provided much better visibility than the soft top. Those cars that were equipped with the soft top could choose white and beige as color options in addition to black, and could also finally choose a powered soft-top, though it still had to be unlatched by hand. Power windows were also offered as an option.

The inside of the car was largely a carryover from the year before, though a few detail changes distinguished it from previous years. New waffle-pattern upholstery came with every car, and new door panels were introduced because of the new windows. A new spring-spoke steering wheel also was included.

The Corvette still took advantage of a tweaked version of the first-ever small-block V8 that Chevrolet had introduced in 1955, though the 1956 version was modified even further to 210 horsepower rather than the previous year’s 195. This was another welcome improvement, as was the three-speed manual transmission option that had been introduced mid-way through the 1955 model year.

Along with the new styling and performance options came new buyers to the Corvette. In total, 3,467 models were built in 1956. While this is an extraordinary improvement over the 700 that were built the year before, it was still a relatively modest number by 1956 standards, and makes the model still the third worst-selling Corvette of all time. However, the model served an even greater role by sparking public interest in the car that had largely been absent in the previous years.

Chevrolet entered new territory when they got into the sports car business with the Corvette in 1953, and it took until 1956 for them to get it right. Though they would continue to tinker – indeed the best Corvettes were yet to come – 1956 would mark a definite turning point and year-to-year sales would rise every year for the following decade.

As pointed out before, the 1956 Corvette was much improved over the 1955 Corvette in terms of style and, to a lesser extent, performance. But the more important difference between the two is the public’s acceptance of the 1956 model as a true sports car, and it marked the beginning of the Corvette as a legend of American roads.

The 1957 Corvettes would change very little from the 1956 model. But while styling and performance was barely changed, rising sales numbers was the real story of the following year, as production would increase by nearly 3,000 cars. 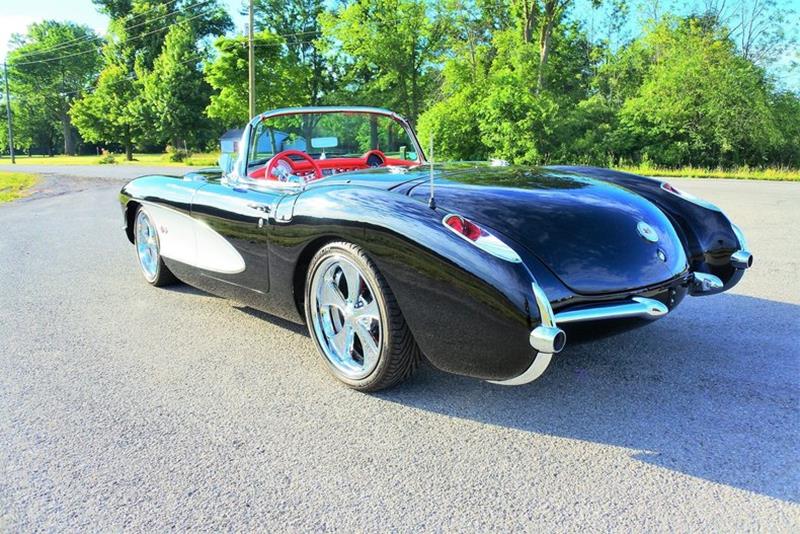 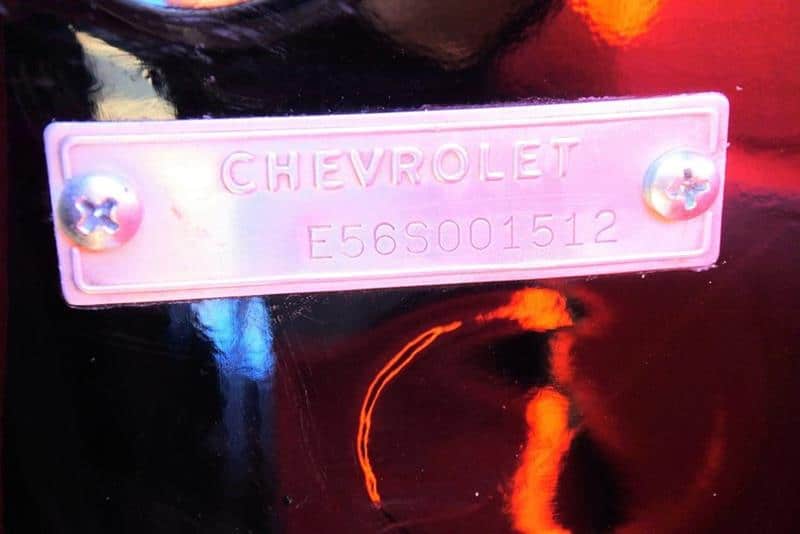 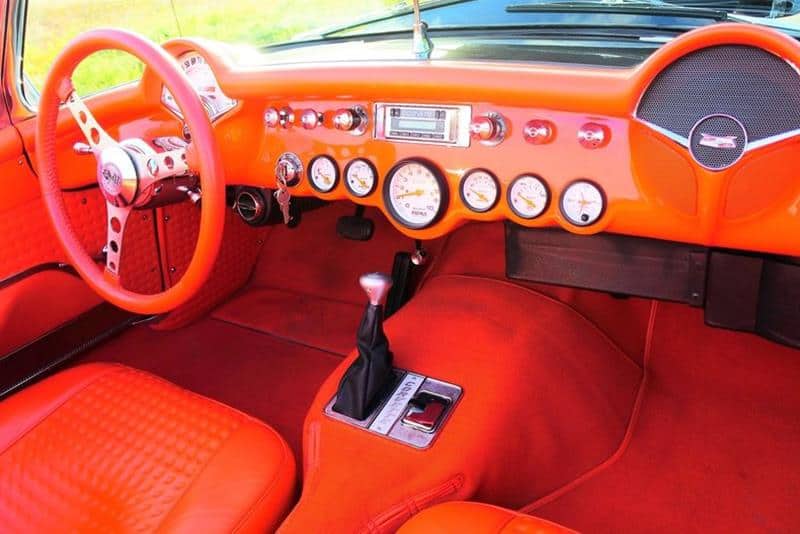 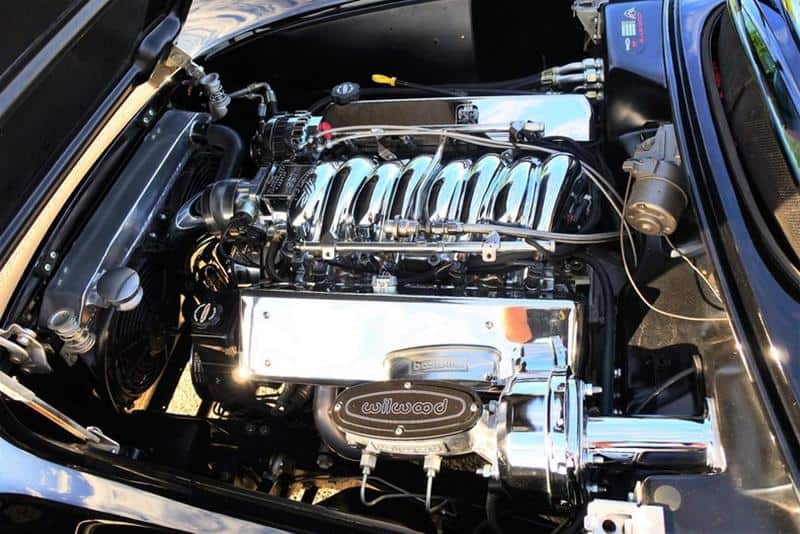 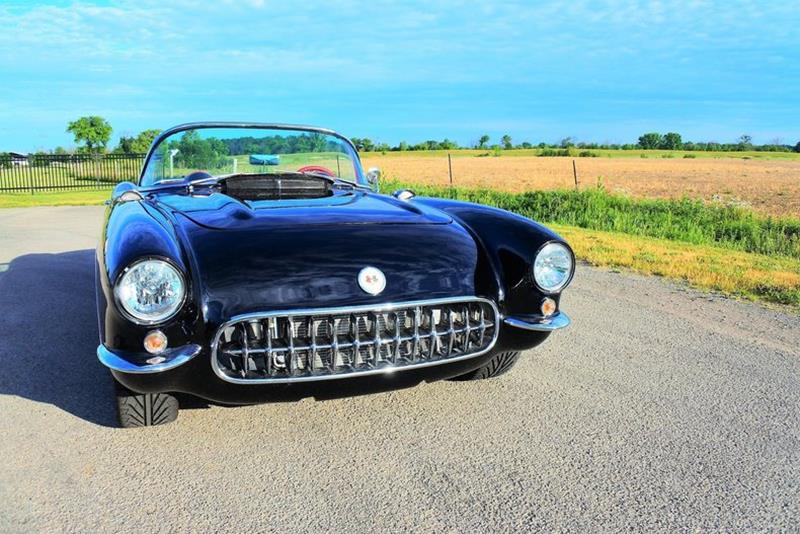