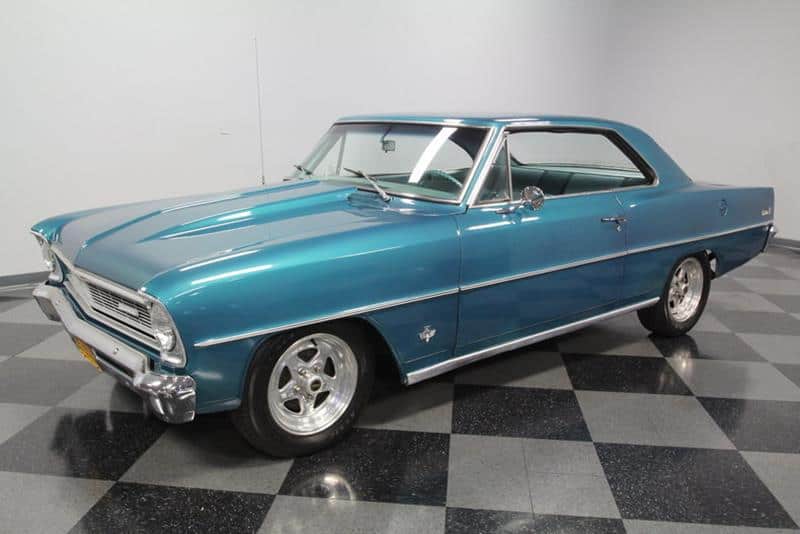 The Nova had been introduced in 1962, though to put it more correctly, the name was introduced then as an upgraded trim line for the Chevy II, which was introduced that year. And since 1963, the Nova Super Sport (SS) had represented the top-of-the-line model. This was still true when the newly restyled 1966 models rolled off the line, though for the first time the Nova SS could be considered a true muscle car – assuming it was equipped with the new Turbo Fire engine.

The Chevy II’s were introduced in 1962 to compete with the highly successful Ford Falcon, which had been around for two years by that time. The base Chevy II was an extremely basic model designed to fulfill many Americans desire for a small car at a very inexpensive price. The Nova 400 provided a slew of upgrades to the rudimentary base models, and the Nova SS was designed as the sports model of the line.

Throughout the first generation of the car, power options continually increased, and the Turbo Fire was a welcome edition for the 1966 model as many American drivers were demanding more power as the muscle car era began to really take hold.

The Turbo Fire engine was a 327 CID V8 that had first appeared in the Chevy Chevelle. Unlike the other engines available for the Nova, it was only available in a four-speed manual transmission – the Powerglide automatic was not an option. But this engine was not the standard engine for the Nova SS. In fact, the base SS came with an 194 CID inline six-cylinder engine rated at 120 horsepower, and could be ordered with any other engine available in the line with the exception of the base Chevy II’s four-cylinder engine.

Those other engine options were fairly extensive, and included two other inline six-cylinders: two 230 CID sixes, which produced 140 and 155 horsepower, respectively. There were also two 283 CID V8 engines available, rated at 195 and 220 horsepower. And there was a less powerful version of the 327 V8 that produced 275 horsepower.

The Chevy II line, including the Nova models had been extremely popular upon introduction, through production had been falling since 1963. Fortunately, with around 172,500 Chevy II’s produced in 1966, the trend was finally reversed, though sales would drop again in 1967 before picking up to all-time highs in the late 1960s and early 1970s.

The Nova 400 was available in a two-door, four-door or wagon models, and was the best-selling of the Chevy II line. Throughout the model year, nearly 74,000 Nova models were built.

On the other hand, the Nova SS was only available as a two-door coupe. The car cost only $159 more than the base Nova 400, and possibly as a result, there were around 21,000 Nova SS models built. This number was the highest since the Nova SS was introduced in 1963, and would remain the highest production number for the SS until it was topped in 1973. The Nova SS came standard with front bucket seats instead of the bench seat included in the other models.

The original Chevy II (and consequently the Nova) was designed from scratch to be directly compete with the extremely high selling Ford Falcon. But by the mid-1960s, the sales of the Falcon were already showing signs of struggle as more buyers were choosing the sportier Mustang. The Falcon would be gone by 1970, and while the Nova 400 was competing with other small car sedans of the time, the Nova SS was adding power and going after the performance-enthusiasts that were beginning to take over American roads at the time. 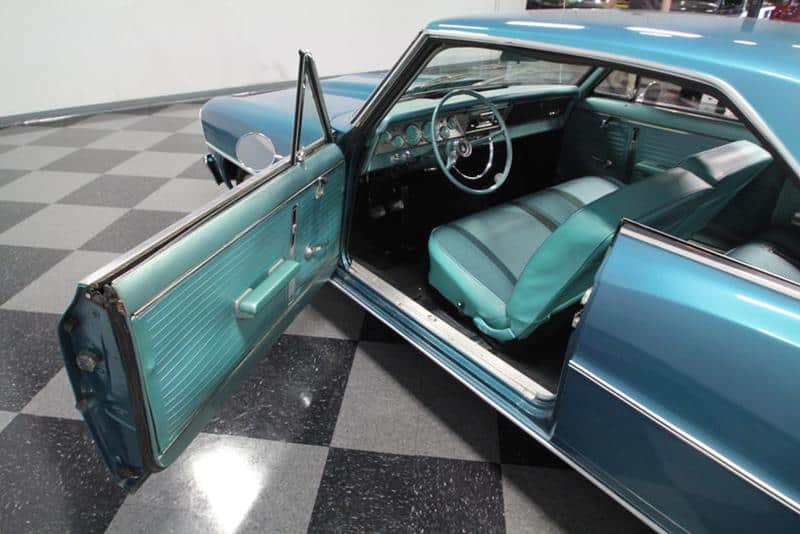 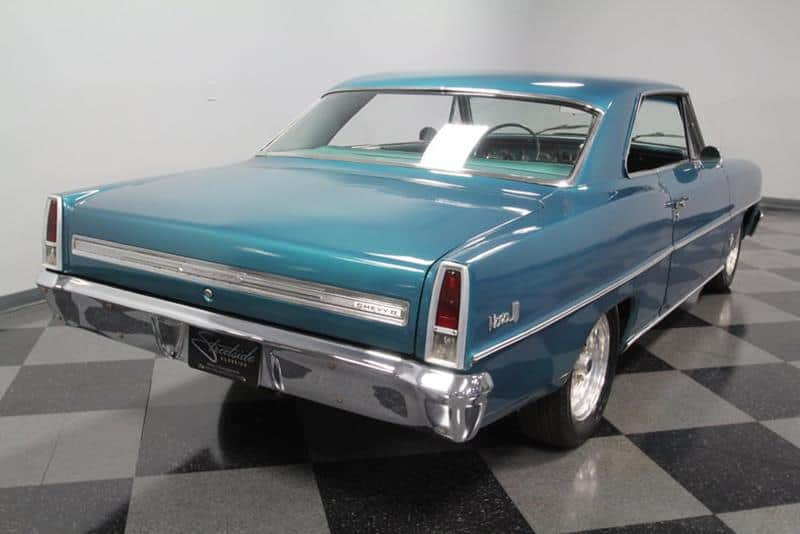 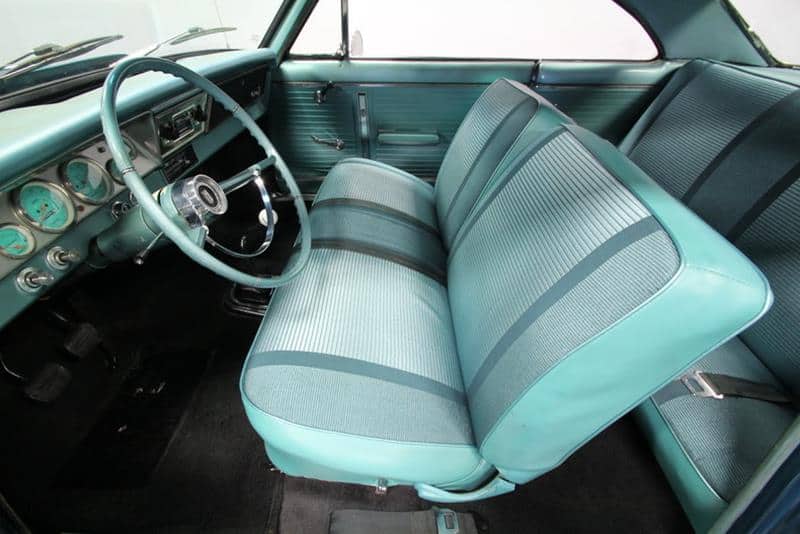 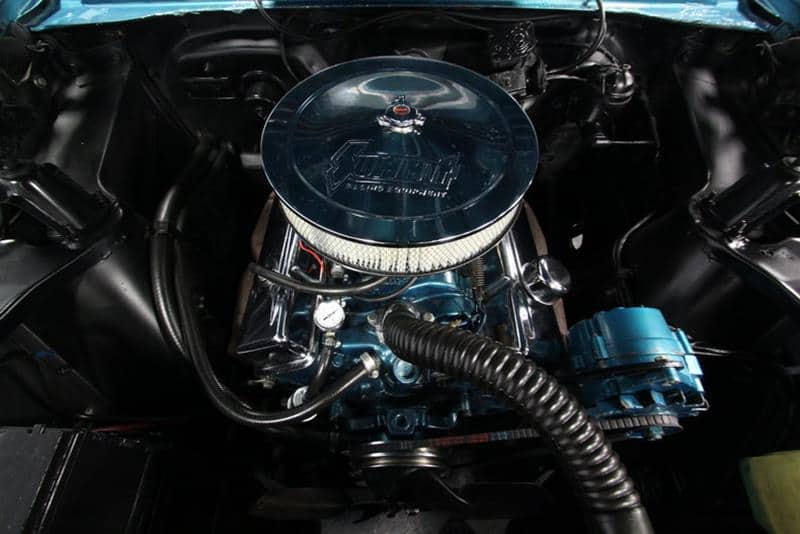 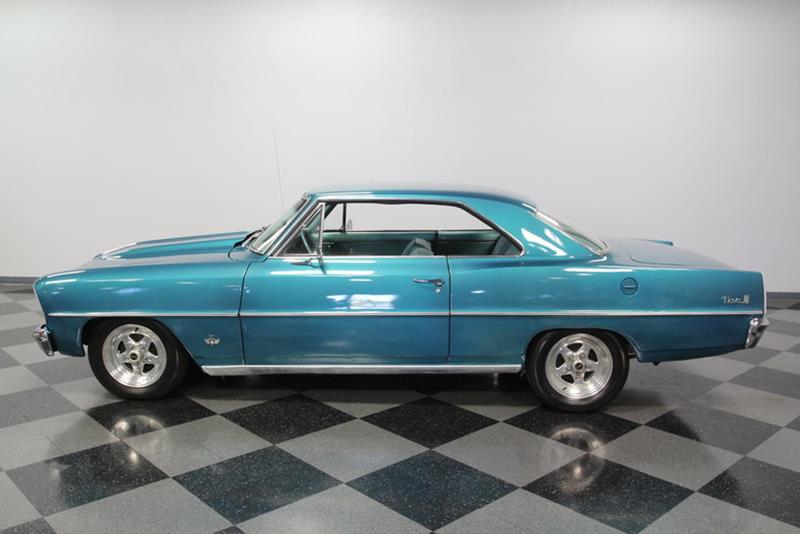