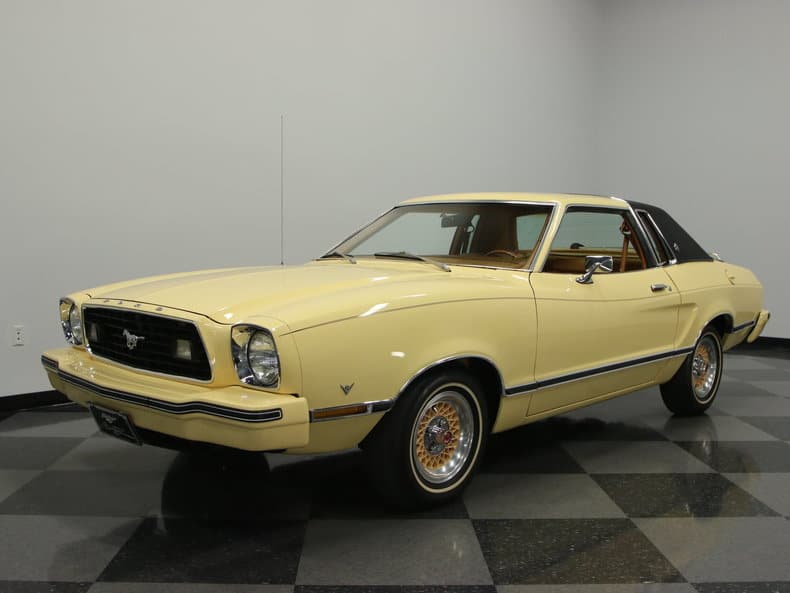 Following the example set in 1976, instead of drastic restyles or model changes, the 1977 Mustang distinguished itself by options packages, mostly aimed at making the hatchback Mustangs look sportier. The Cobra II package was carried over from the year before with a few styling changes, including one wide stripe over the top and hood instead of two, a reversed hood scoop facing the windshield and a more prominent “Cobra” decal on the side of the car. Additionally, the Cobra II package now came standard with black rear louvers and black window moldings.

The Stallion option package, which was available on all Mustang models excluding the Ghia, was eliminated and replaced by the Rallye Appearance package and the Appearance Décor Group, both only available for hatchback models. The Rallye package came only in black or white, both of which included all black exterior trim. The Appearance Décor Group came in a variety of combinations that featured a different color strip painted around the bottom of the car.

Other than the aforementioned horsepower changes, the Mustang featured the same engine options available for 1975 and ’76. The four-cylinder was a 140 cubic inch 2.3 litre and there was a 171 cubic inch, 2.8 litre V6 option that produced 103 horsepower (down two from the previous year).

Along with every other Mustang model, production of the coupe was down for 1977 at 67,783 (compared to 78,508 in 1976). The base price increased a little less than $200 to $3,702 from 1976. Other than a few new interior and exterior color options and a new wood-grain finish on the control panel, little changed on the coupe from the previous year model.

In addition to the availability of the two new options packages, standard features for the hatchback model increased in an attempt to boost sales with sportier looking cars. And it did. Though sales were down slightly from 1976, with a production total of 49,161, the hatchback was the second best-selling Mustang line for the second year in a row, a feat that had eluded the model for many years prior. The base price for the hatchback was $3,877.

As with the previous year, the luxury Mustang model saw a decrease in production. In the early 1970s the Grande and later Ghia models had perennially showed increasing production numbers, but it was becoming clear by the mid-‘70s that Mustang buyers preferred sportier looks over luxury. With a total production run of 29,510, Ghia also had its first base price suggested at over $4,000.

Previously a big seller in the Mustang line (often outselling the basic hatchback), the Mach I saw continually decreasing sales in the mid-70s, with production down to 6,719 in 1977. With a base price of $4,332, the Mach I was the most expensive Mustang.

No longer what was considered a pony car, the Mustang was now competing with the burgeoning compact and subcompact market that was still emerging, particularly with the new influx of Japanese imports. Though it only had one more year of production in 1977, the AMC Gremlin sold nearly 700,000 units in its lifespan from 1970-1978. Toyota Celica and the newly introduced Honda Accord were selling more cars every year, as well.

Though not in the compact category, the best selling car in the U.S. for 1977 was the newly restyled Chevrolet Impala. Tellingly, the restyle shaved four inches of width from the formerly bulky Impala and almost a foot of length, which fit with the trend of the public being attracted to smaller cars. 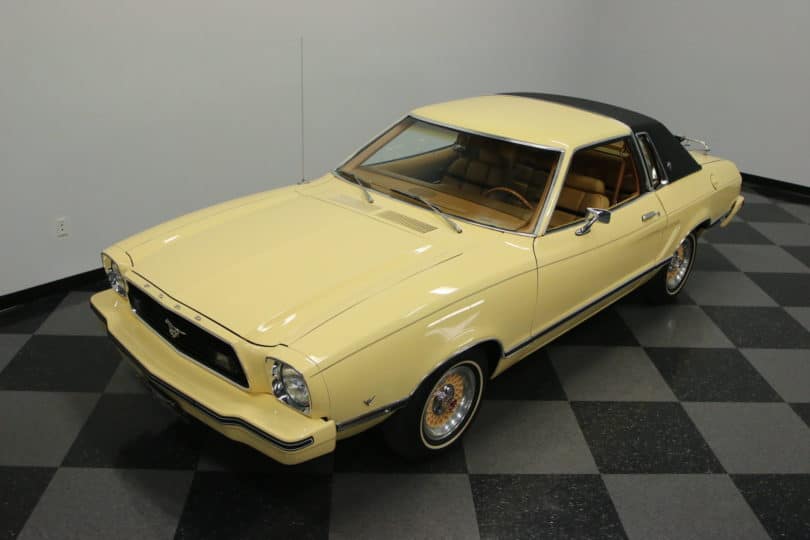 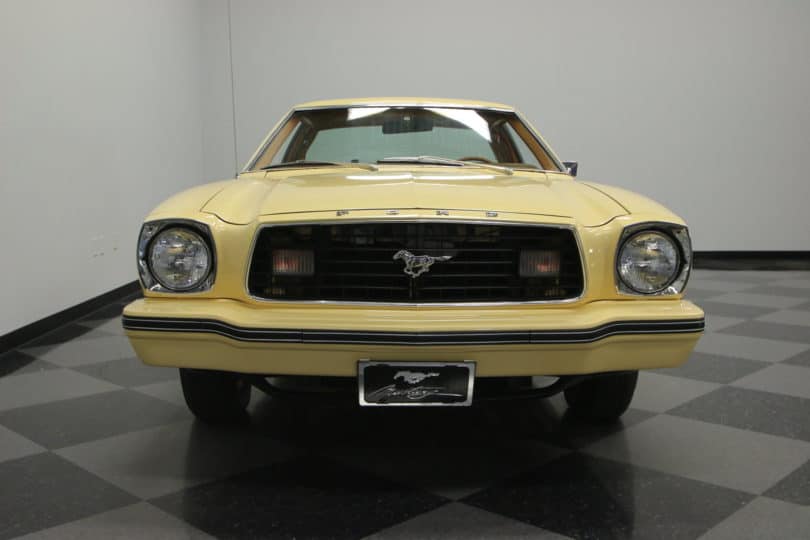 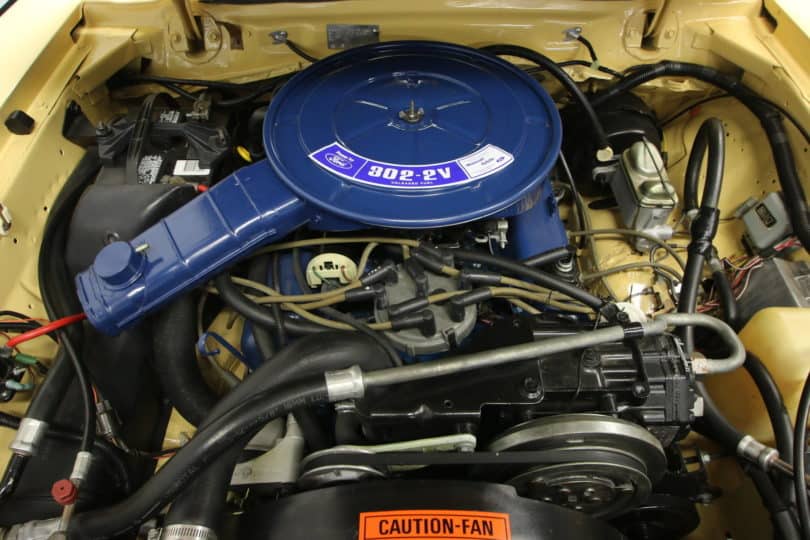 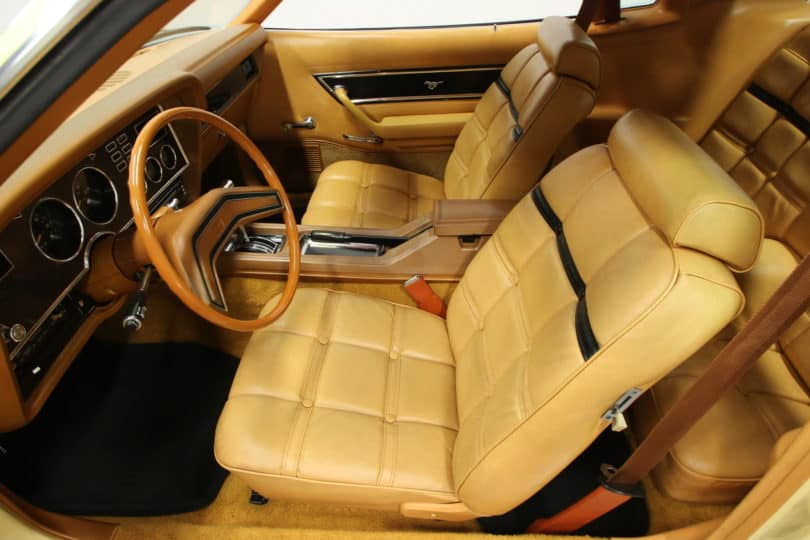 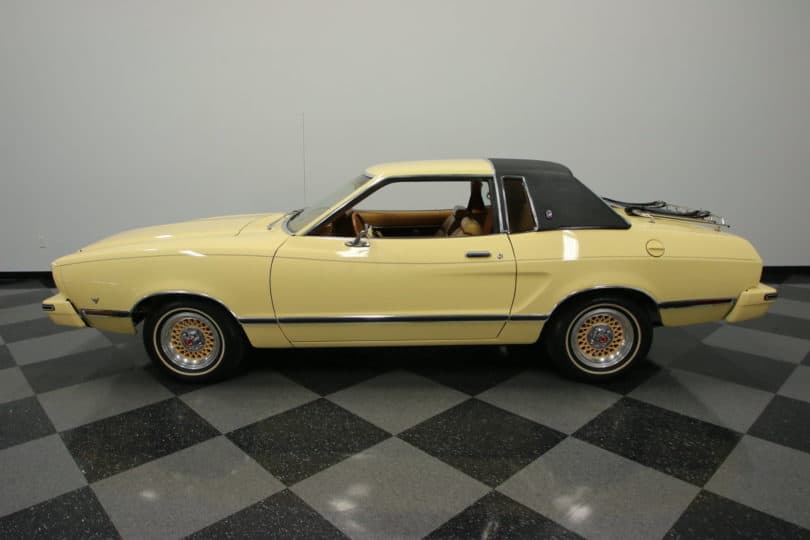 No one would confuse this with a real pony car. Performance was terrible in every category. Acceleration was disappointing, handling was scary and braking was downright dangerous. Having said that, the car does have some appeal to people of a certain age. It is one of my wife’s favorite cars. Mainly because the Cobra had a starring role in the television show Charlie’s Angles. I try to explain that these cars are at the very bottom of the muscle car pyramid but she doesn’t car. All she remembers is how cool they were back in the day.