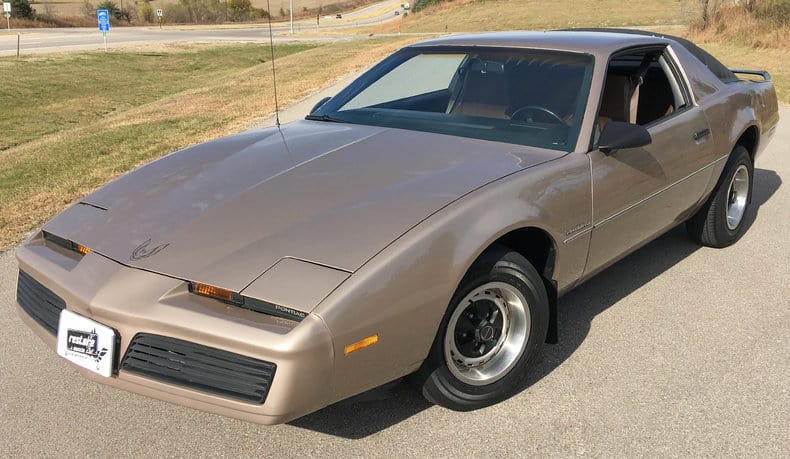 “This year, Trans Am leaves the also-rans behind with an available 5.0 litre High Output V8 engine.” 1984 Firebird sales brochure

No huge changes were made to the Firebird in 1984, as the redesign of 1982 was still selling relatively well and Pontiac saw no need to make drastic changes. This proved to be a good move, as sales were the highest yet for the third-generation cars.

In addition to the aforementioned optional ground effects, the Trans Am also could be outfitted with an aerodynamic package for the first time. This option reduced the drag coefficient from the Trans Am’s normal .32 to .29, which was the most aerodynamic car GM had ever produced up to that point.

The 15th Anniversary Trans Am was the second in a long line up special anniversary editions Pontiac would produce. The car came with the full ground effects and was white with blue trim. Other special features included the first 16-inch wheels ever used on a Firebird, an upgraded suspension and a gray and white leather Recaro interior.

News was great for the Firebird in the sales department, as production reached the highest point yet for the third-generation cars. In all, 128,304 cars were produced, and the base model finally surpassed the Trans Am as the best selling Firebird for the first time since 1975.

Coming standard with the four-cylinder engine, the base models could be upgraded to the V6, as well. As mentioned above, the base models were the best selling Firebird of 1984, and total production was at 62,621.

The S/E model replaced the Esprit as the luxury Firebird, and could be outfitted with any option offered to the Trans Am (other than the 15th Anniversary trim). However, even with the surging sales of Firebirds in general, production of the S/E editions declined from 1983 to 84, and only 10,309 were produced. This downward trend would continue, and the model would be discontinued after 1986.

All Trans Am buyers had the option to upgrade to the WS6 Special Performance Package, which upgraded the suspension system and came with 15-inch cast aluminum wheels and four-wheel disc brakes. In all, 58,195 Trans Am were produced, including 1,500 15th Anniversary special editions.

While the original pony car wars were fought by only American car companies, by 1984 Firebird had to compete with a growing number of sporty imports. It’s hard to call the Mustang a Pony car at the time because of its size, but the Camaro was outselling the Mustang, and the Firebird was selling well. The coming years would find all three cars getting more and more powerful as they sought to stay in the competition with a new generation of sport cars. 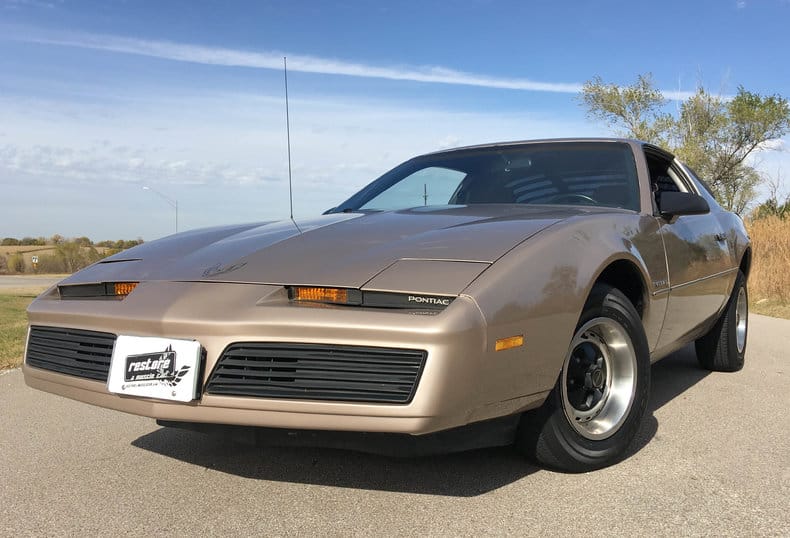 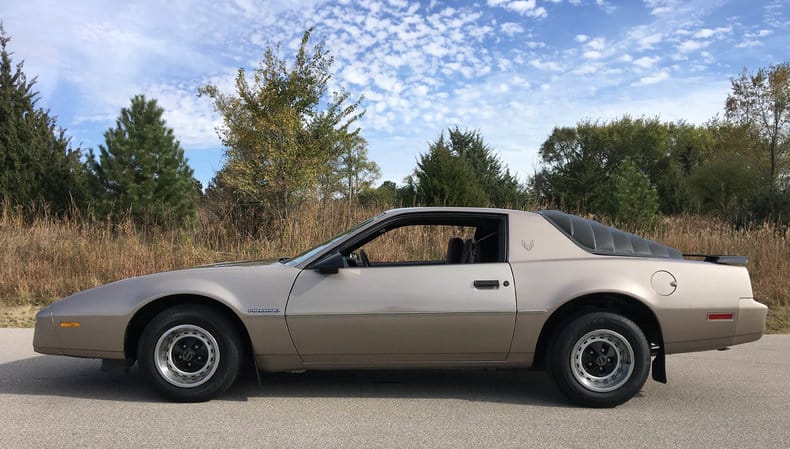 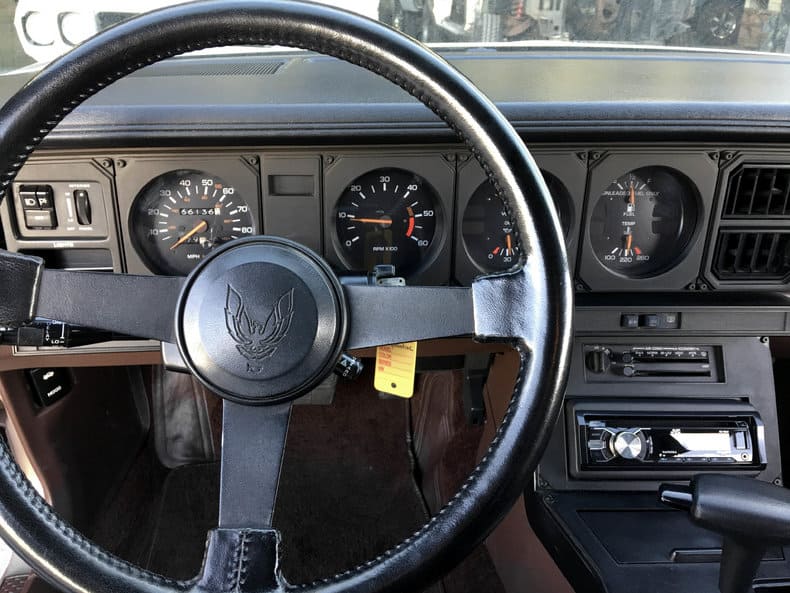 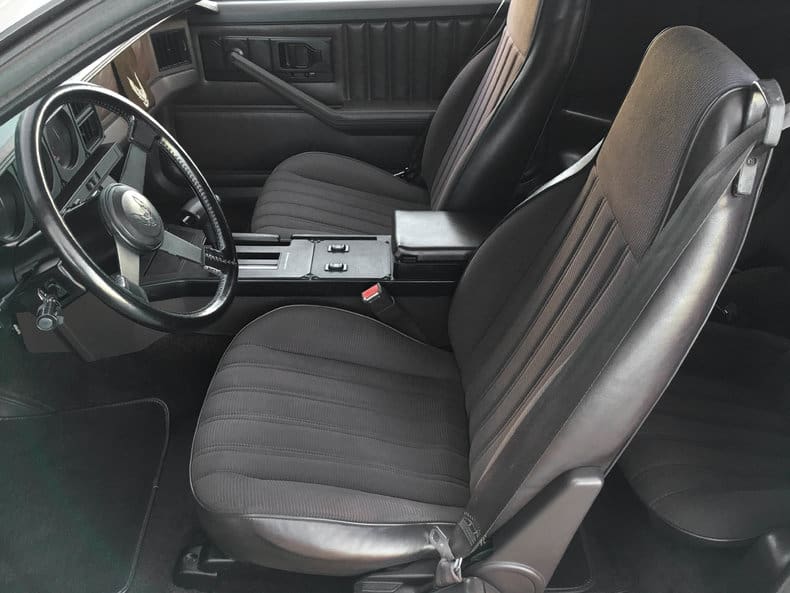 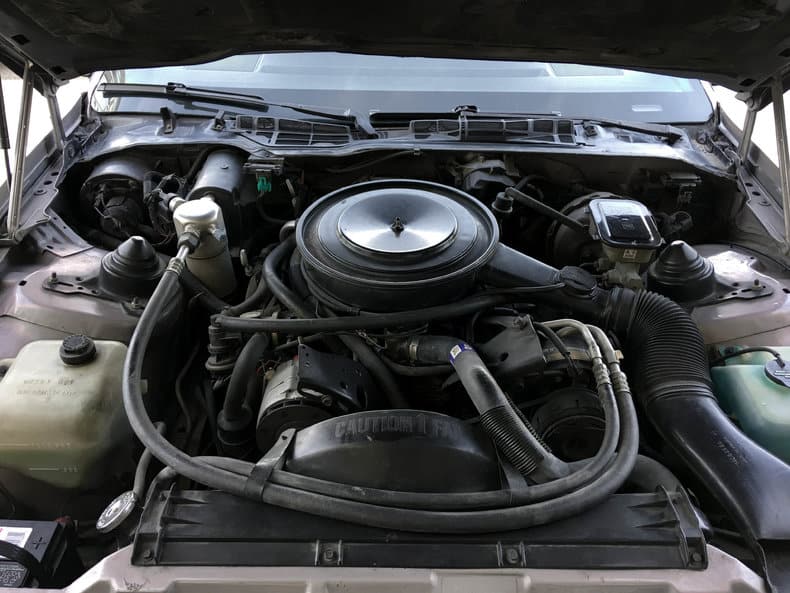