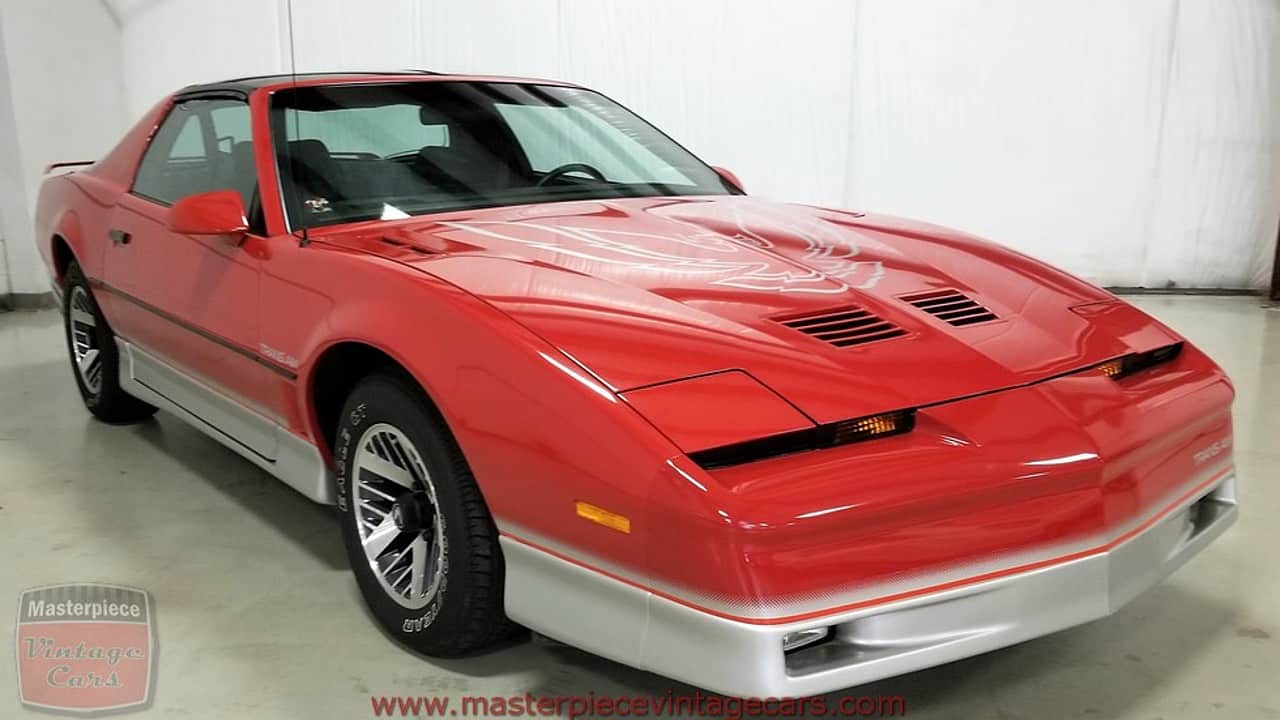 “The most serious piece of machinery we put on the road.” 1985 Firebird sales brochure

With the 1984 Firebird models being mostly a carryover from the year before, Pontiac decided in 1985 to give the car the first significant restyle since the third generation models were introduced in 1982—likely as an attempt to boost sales. In the end, the sales numbers didn’t improve over 1984 – which would go on to be the best selling year of the third-generation models – but were still high at around 100,000.

In addition to the new look, the big news for 1985 was increased power under the hood. The TPI boosted max horsepower on the V8 from 190 in 1984 to 205 in 1985. The one downside of this engine option was that it was not available with a manual transmission. Also impressive was the horsepower boost to V6 models. The new 2.8 litre engine improved horsepower to 135, compared to the previous year’s rating of 107. The base engine remained the 2.5 litre inline four-cylinder that produced 92 horsepower.

In addition to the changes on the exterior of the car, the interior received improvements as well, mostly focusing on comfort and ease of use. The dash featured redesigned gauges with an embossed graph pattern background, and both the console and an optional steering wheel were redesigned to be more ergonomic. The latter was based on the previous year’s special 15th anniversary steering wheel. New door panels, a new T-handle shifter for automatics, an updated stereo and a dash mounted map pocket completed the new interior look.

On the outside, the new nose wasn’t all that was new for 1985. Trans Am models got a new flat hood that replaced the “power bulge” hood that had been used before. T-Tops featured pin-mounting rather than the latches used for the previous year, and fog lights were integrated into the new nose.

Though production was down from the high of the previous year, there still were 95,880 Firebirds produced. This number would again rise the following year.

Though the base model was still the best selling Firebird as it had been the year before, the Trans Am model sold nearly as well this year. In total, 46,644 base models were produced.

Touted as the luxury model Firebird, the S/E models came standard with the new, more powerful V6 engine. However, production was nearly cut in half for the model this year, down to 5,208. This would fall again the following year and would be discontinued by 1987.

The Trans Am model had been the best selling Firebird model for most of the late 1970s and into the early 1980s, but had fallen behind the base model in the previous few years. But it was closing the gap in 1985, when 44,028 Trans Am were produced.

When Firebird was first introduced in 1967, it was only in direct competition with the other popular pony cars of the day, but in 1985, only it and the Camaro could truly be called pony cars. However, competition was coming from a variety of angles.

Though it was still smaller than the traditional dimensions that define the pony car, the Mustang was becoming more and more powerful as the 1980s progressed, and was selling well (156,514 were produced in 1985). The Camaro sold well this year as well, but competition from sporty imports were still becoming more of a factor, a fact that would remain throughout the rest of the life of the Firebird. 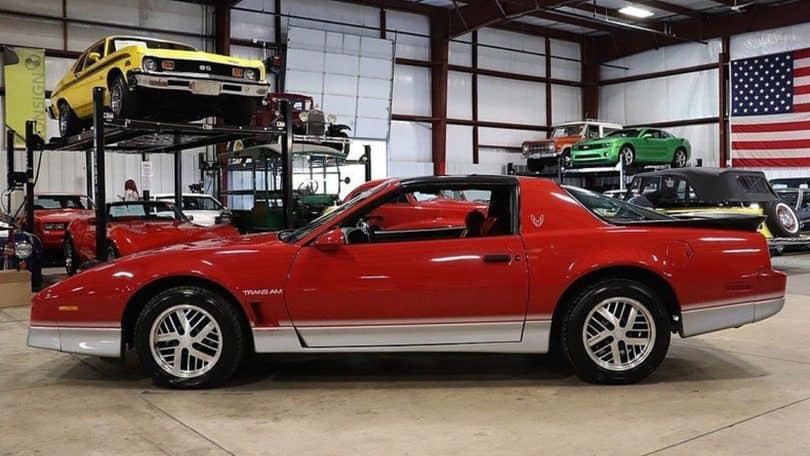 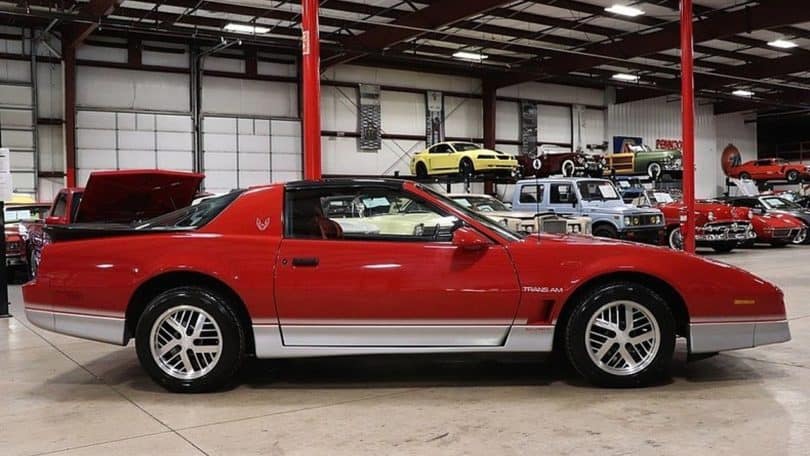 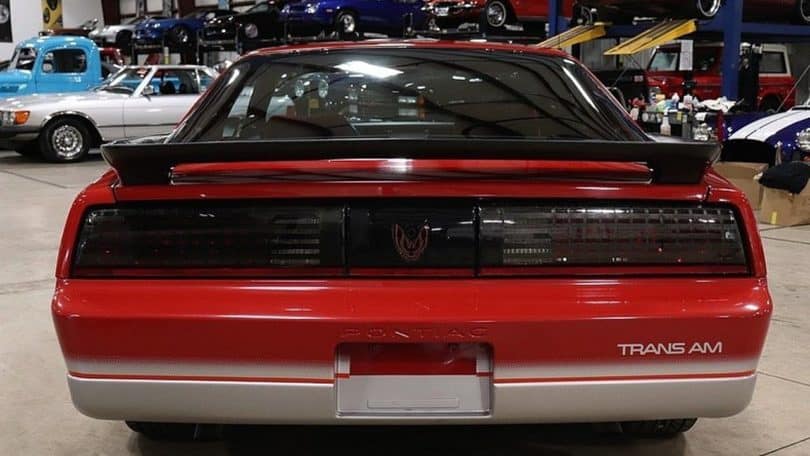 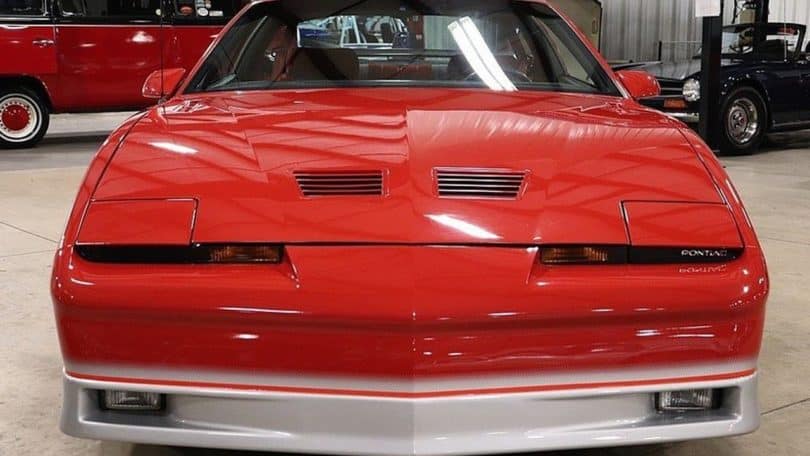 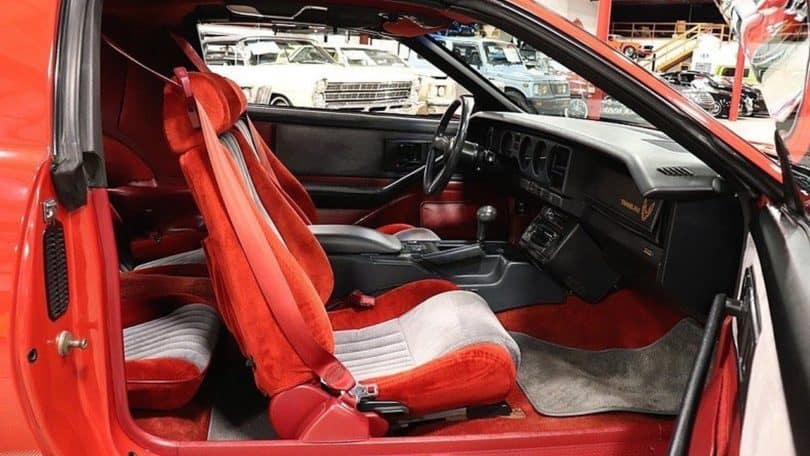 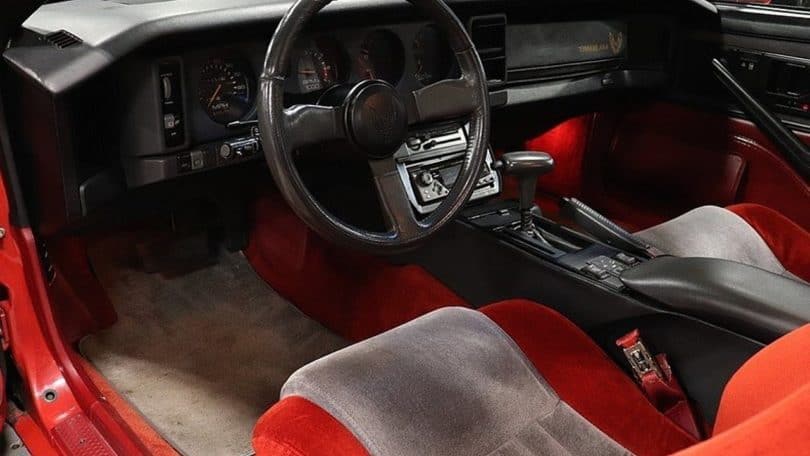 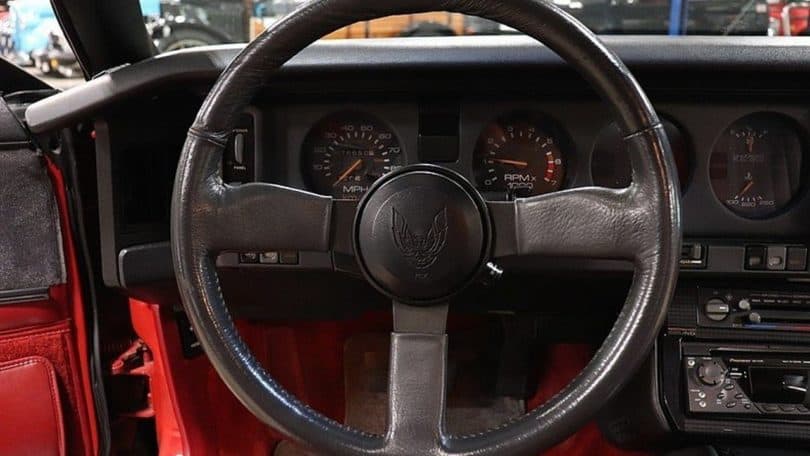 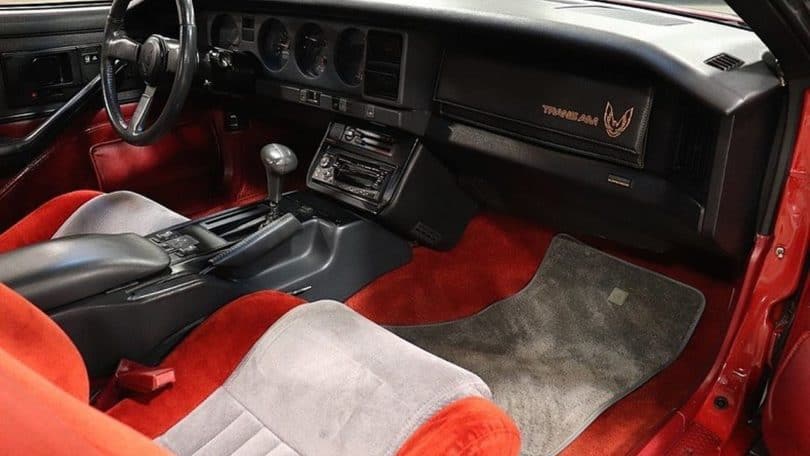 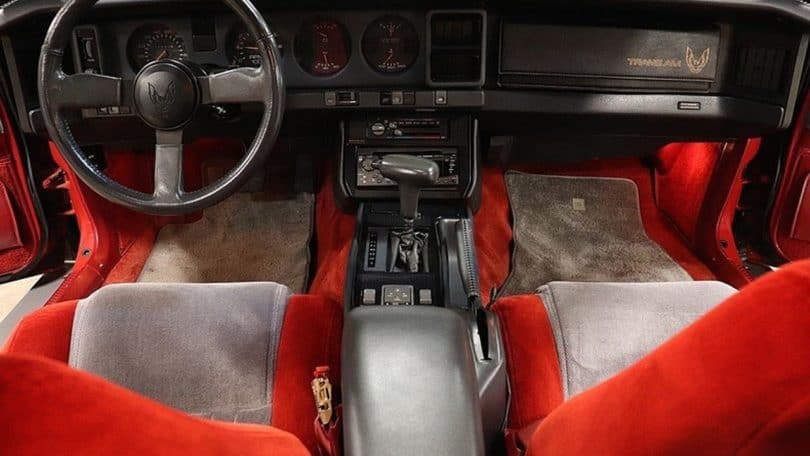 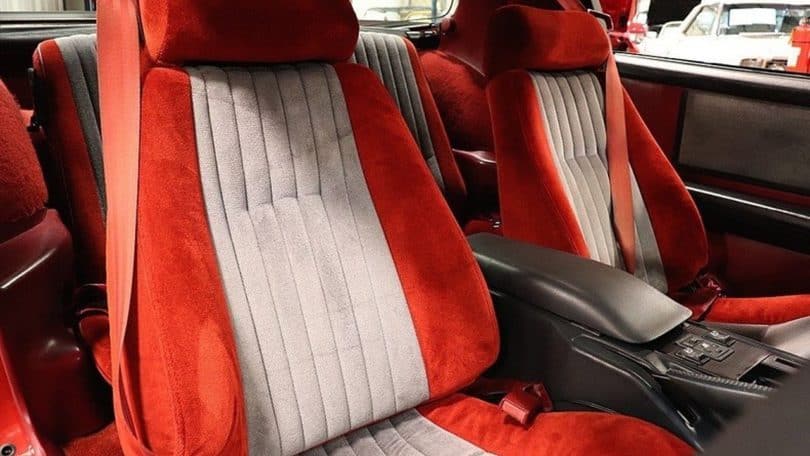 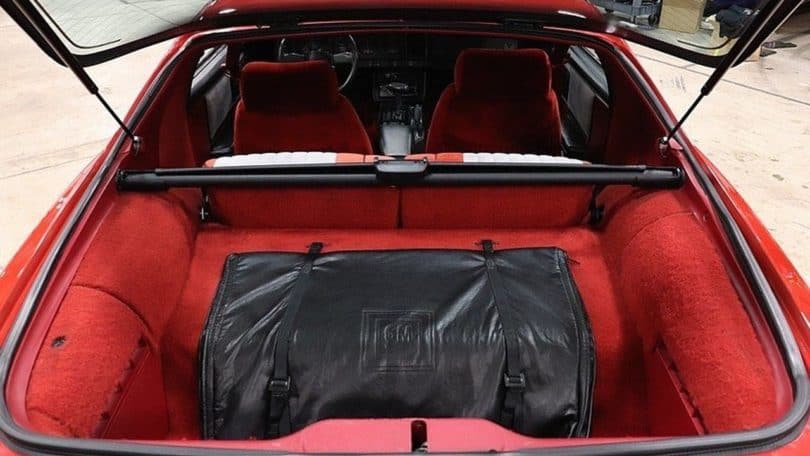 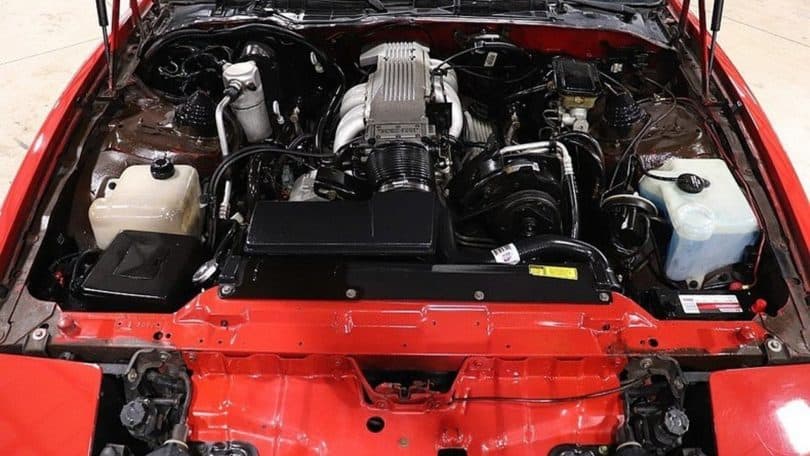 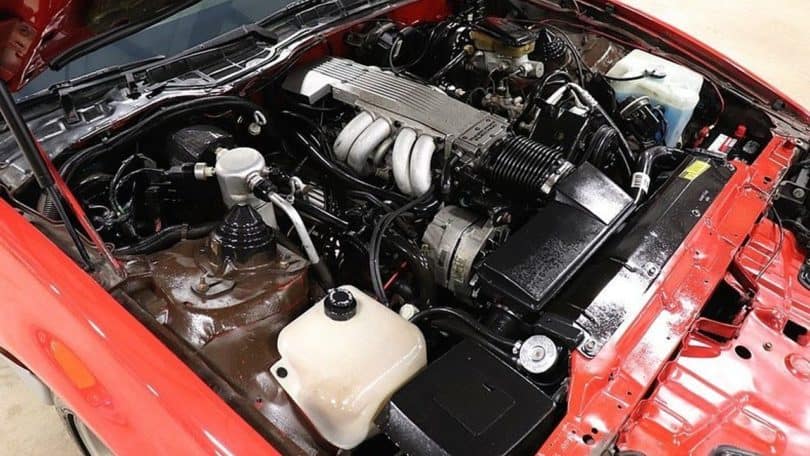