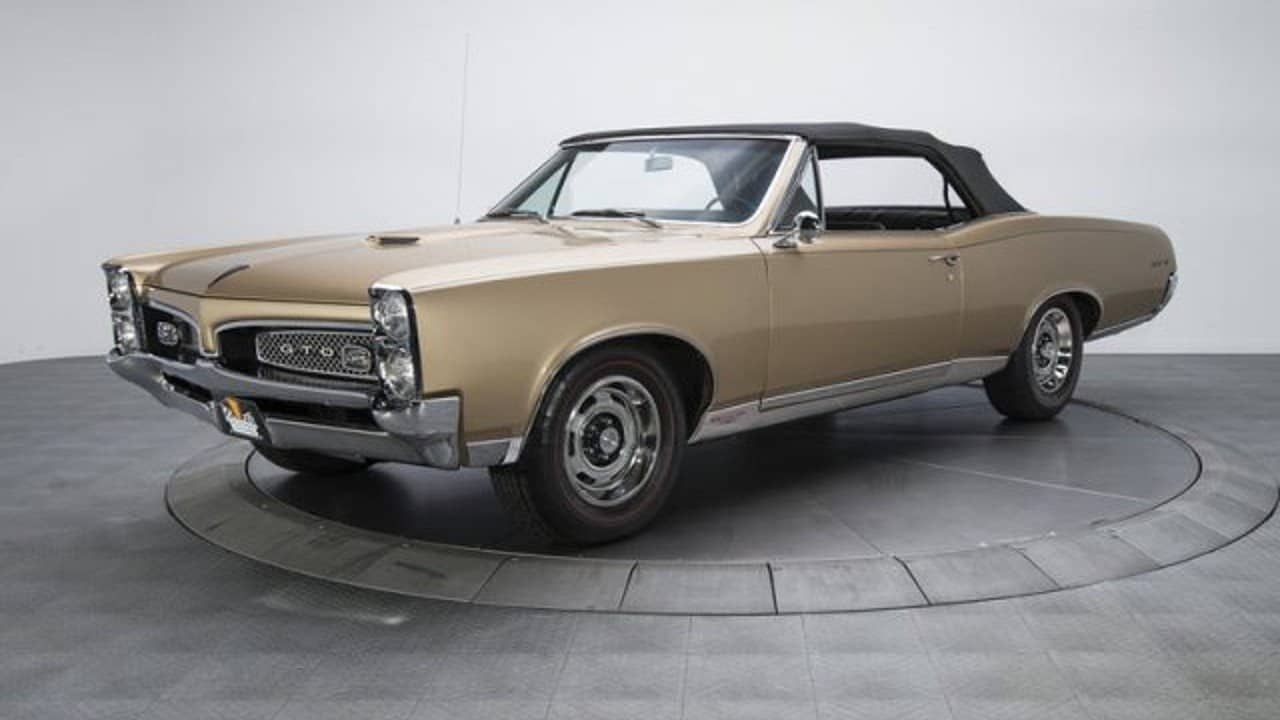 “They’re housebroken Tigers, but they can revert to the jungle whenever you give the word.” – Motor Trend, January 1967
Highlights

Only a few cars in the automobile history have ever garnered so much popularity during their first generation as the Pontiac GTO. From a stunning start as an option for the Tempest in 1967 to an iconic end of the first generation in 1967, Pontiac GTO remained a history maker. The 1967 Pontiac GTO signified that the GTO was ready to move on to its next generation.

The styling remained largely unchanged for 1967 GTO. There were two major reasons to it. Firstly, the spectacular look of the 66 GTO did deserve a longer reign. However, there were a few notable differences including a chrome wire mesh replacing the plastic grille insert this time. It was pretty much the 66 GTO from the side profile, but rear taillight panels received new touch ups.

The interior was also not very distinguishable from the previous year’s GTO. A few changes in seat patterns and a new steering wheel design were incorporated in the 67 Pontiac GTO. Other than these, the car offered the same amount of head, and leg room.

Now for the second reason, styling was also overlooked for 1967 Pontiac GTO because the focus was majorly on the mechanical improvements and performance. The 1967 Pontiac GTO was offered in three body types; coupe, hardtop and convertible.

A 400 cu inch V8 engine was standard for 1967 GTO. The standard engine could yield 335hp @5200 rpm with a torque of 431@3200. Since multiple carburetor system was no more a possible choice, it was replaced with a Rochester four barrel carburetor. GTO’s two speed automatic transmission became a history and new three-speed Turbo-Hydramatic TH400 was now available for any engine. The US safety laws were getting strict during the late 60s. Therefore, the new Pontiac GTO also included energy absorbing steering wheel, padded instrument panel, non protruding control knobs and four-way emergency flashers.

Engines: Other than the standard offering, two more 400 cu engines were available for the 1967 GTO; economy and high output HO. The economy engine had a two-barrel carburetor instead of a Rochester four-barrel. This streamlined the performance to 265 hp and 397 ft-0lb torque. This was a no-cost option.

The high output engine, however, required some extra greens. It was a RAM air engine including a functional hood scoop. The engine had an output of 360 hp. It was a powerful engine with an open-element air cleaner, free-flowing exhaust manifolds and a better camshaft.

Transmission: Hurst Performance Dual-Gate shifter was an option for the new three-speed Turbo-Hydramatic TH-400. The dual-gate shifter allowed either automatic shifting in ‘Drive’ or manual selection through the gears.

Others: The new GTO came with a new brake system. While the dual master cylinder was standard, larger drum brakes measuring 11.5 inches were optional. Customers could also choose Rally II five-spoke wheel for additional styling. The standard steering wheel was new for 1967 but Pontiac also offered a custom sport steering wheel for the year.

Due to its focus on performance, the 1967 Pontiac GTO remained highly applauded in road tests conducted by various sources including Motor Trend, Car life and Hot Rod Magazines. It could accelerate 0-60 in just 4.9 sec. during a test, 1967 GTO completed its quarter mile in 14.2 seconds.

1967 can easily be termed as the true golden era of muscle cars. Almost every competitor was trying to take the goat down, unleashing beast after beast. The term ‘Muscle Car’ had developed a new meaning and definition. It was in the same year that Mustang introduced the muscle pony cars to the world. Shelby ‘COBRA’ emerged as a real ‘cool’ competitor for the 1967 Pontiac GTO. The car still remains one of the most beautiful muscles of all times.

However, it wasn’t only the new ones GTO had to compete with. Oldsmobile once again rose up to the challenge with the Cutlass 4-4-2, this time with many new innovations and features. It is true that the Pontiac GTO was no more the only hot muscle in the ring. Yet, it remained one of the best selling cars due to one major reason. Most muscle cars were now becoming unaffordable for enthusiasts. Yet, Pontiac GTO still offered performance, style and power under a very reasonable price tag. 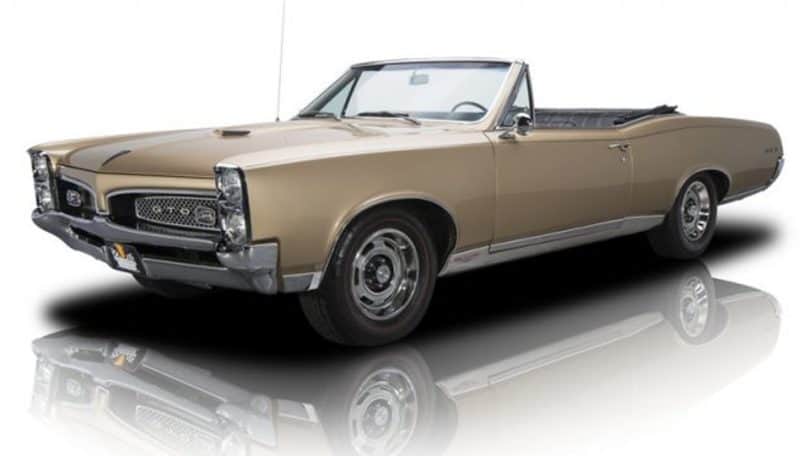 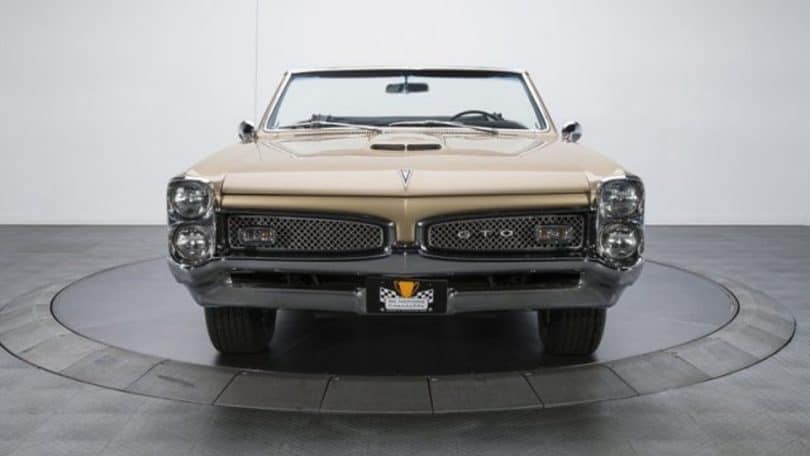 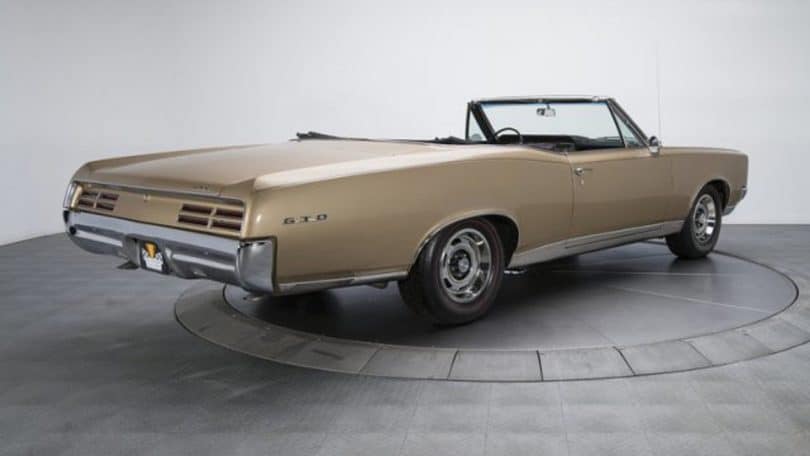 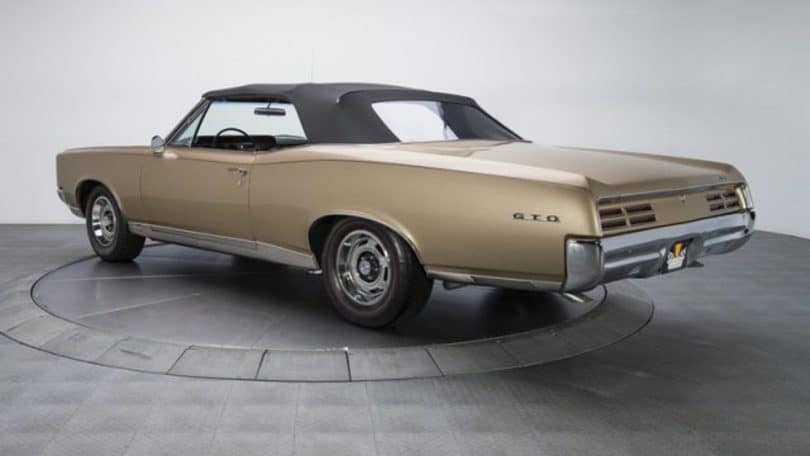 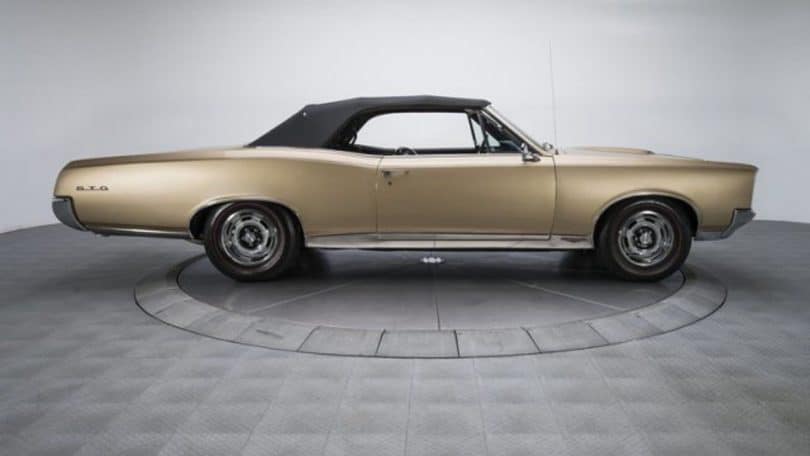 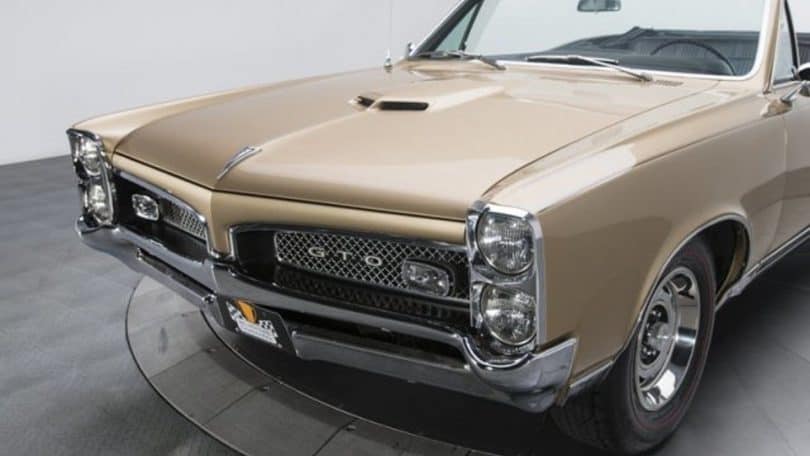 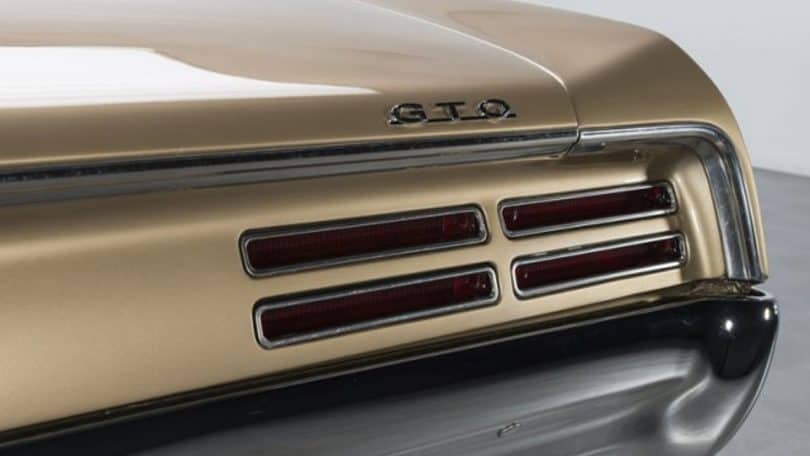 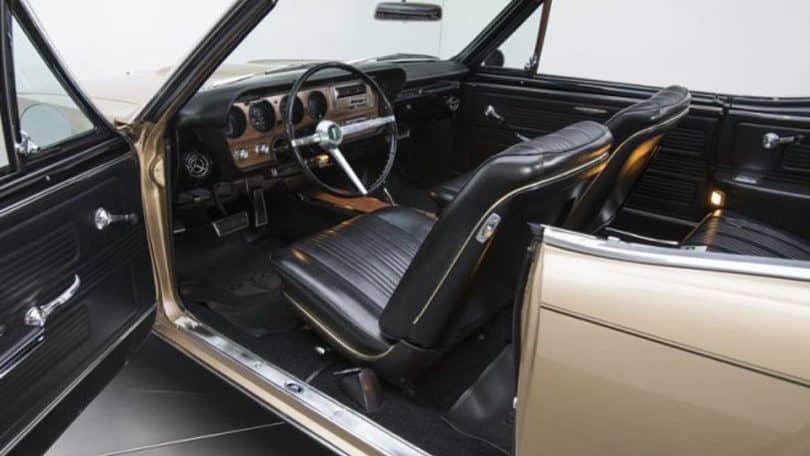 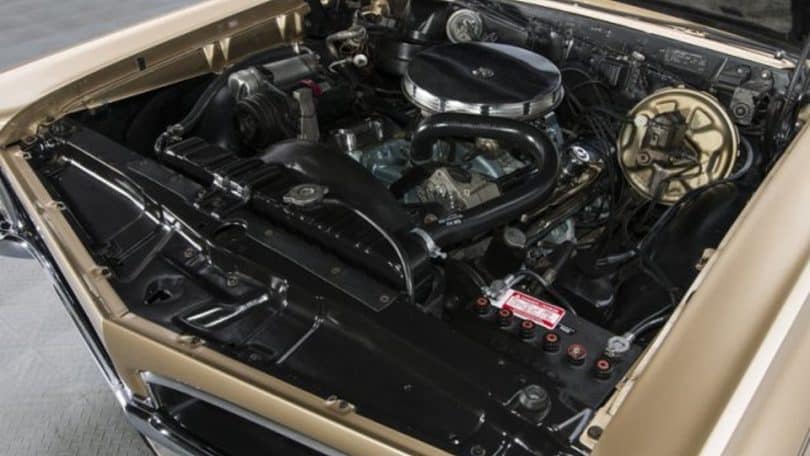 From an Owner’s Standpoint

Considering all the fun cars I’ve owned, a ’62 Corvette, ’69 Corvette, ’67 Barracuda, ’70 Roadrunner, ’63 Corvair Spyder. My ’67 GTO is probably my favorite. I have been fortunate enough to find a VERY well preserved original car and I’m happy to say, it rides drives, and performs VERY well and is very refined given it is 46 years old. I could easily jump in this car and drive it across the country with confidence.

The GTO had grown up since its introduction three years earlier. Not only was it bigger, it was faster too. All I all this is one of the classic muscle cars. The kind people picture in their mind when they think of 1960’s cars. You know the image, red lights changing, wheels spinning, tire smoke rising and your best girl by your side. Great times.

Pro
Parts are easy to find and it is a classic design.
Con
Nicely restored examples are on the high side. It seems everyone wants one.