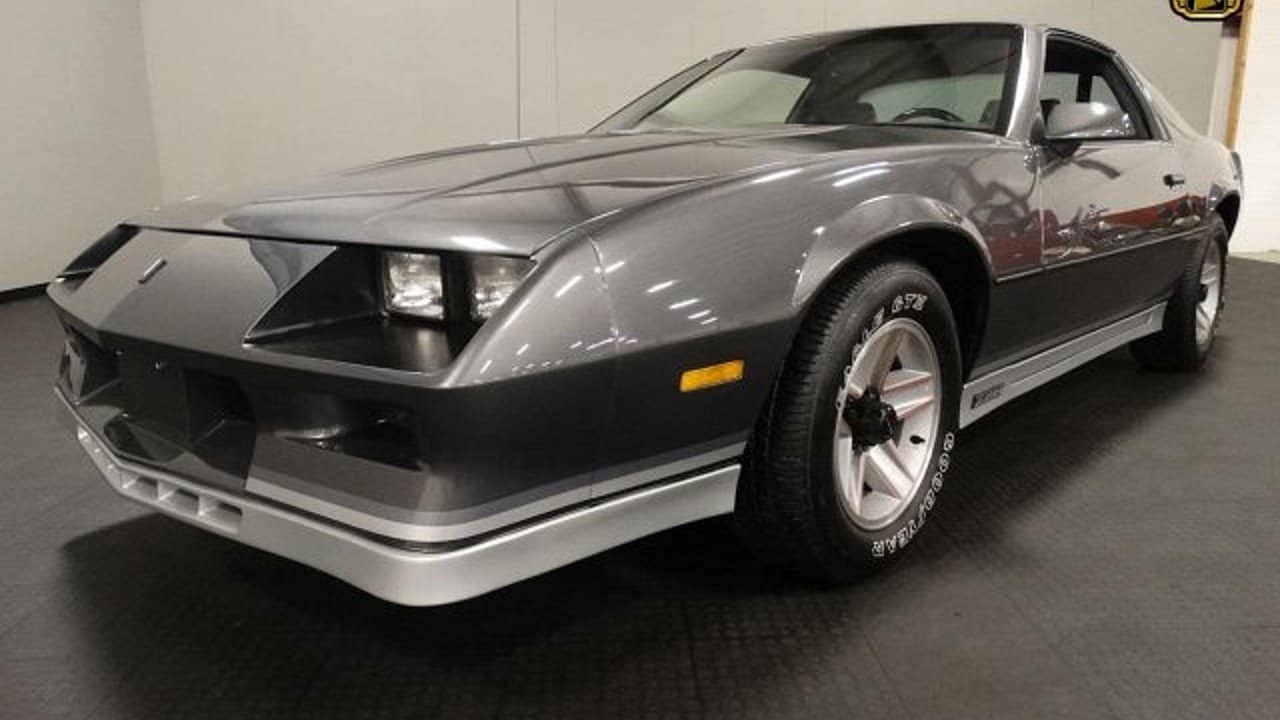 After declining sales in the final years of the life of the second-generation Camaros, the all-new third-generation was graciously welcomed. Motor Trend named it the 1982 car of the year, and it was selected as the Indy 500 pace car for the first time since 1969.

The acclaim came from the styling that was smaller and forward thinking. Average weights in the cars dropped around 450 pounds, as the car shaved off seven inches of wheelbase, almost 10 inches of length and nearly three inches of width. Though still a solid mid-sized car that wasn’t ready to compete with the compact cars ruling the market at the time, it did allow for the base motor to be dropped to a relatively fuel-efficient four-cylinder engine. The engine was a 2.5 litre Pontiac engine known as the “Iron Duke” that had throttle-body fuel injection and produced 90 horsepower.

A new V6 engine also was offered, which was a 2.8 litre engine producing 102 horsepower. Rounding out the higher performance options were two 5.0 litre engines producing 150 and 165 horsepower, respectively. The jump in the latter was because of a “Cross-Fire” injection, and still was 25 horsepower less than the top offering the year before.

Total production was up a significant 63,608 cars to 189,747. Still without the RS (Rally Sport) edition that had been eliminated the previous year, there were three Camaro models to choose from.

The coupe shared the new characteristics of all new Camaro models with a three-door hatchback style that hadn’t been used before. All Camaros were more angular than before, but did retain their familiar long hood/short deck look to remain a viable pony car. Total production for the year was 78,759, and the base price had jumped nearly $1,500 from the previous year to $8,029.50.

The Berlinetta model returned as the Camaro’s luxury offering and came standard with the V6 engine as opposed to the four-cylinder. Gold emblems on the rear of the car and unique lower body pin striping distinguished the exterior of this model. It also came standard with added insulation and a modified suspension designed for a quieter and smoother ride. The public responded favorably to this model, even though it cost over $1,600 more than the base model. 39,744 were produced throughout the model year.

The Z28 may have been the real winner this year, and if nothing else proved that there was still a want among car-buyers for cars with higher performance, even in tough economic times. Though the car was the first Camaro with a base price above $10,000 at $10,099.26, and the model had a production run of 64,882. Adding in the Pace Car version’s production of 6,362 the car was made a run at the numbers of the coupe, which had traditionally been the best selling Camaro.

The Z28 came standard with the 150 horsepower V8, and the “Cross-Fire” engine could be added as an option, which came with functional hood flaps. The cars also came with a three-piece rear spoiler, a two-color lower body pin stripe and standard 15-inch wheels. The Pace Car version had a special silver and blue paint scheme and distinctive exterior trim. This version had the same base price as the regular Z28.

Though the Camaro was smaller than its previous version, it still wasn’t as small as the third-generation Mustangs, which still couldn’t really be considered pony cars, though they would increase their power throughout the decade. In fact, Ford also released a 5.0 V8 in 1982 that would become the signature Mustang engine throughout the following decade.

While Camaro still stood only with the Firebird in the pony car class, it was indirectly competing with the Mustang and other smaller sport coupes, particularly the new slew of relatively powerful imports that were beginning to sell well. The best selling cars in the country were gas-saving compact cars, but Camaros still held their own niche in the mid-sized sports car category. 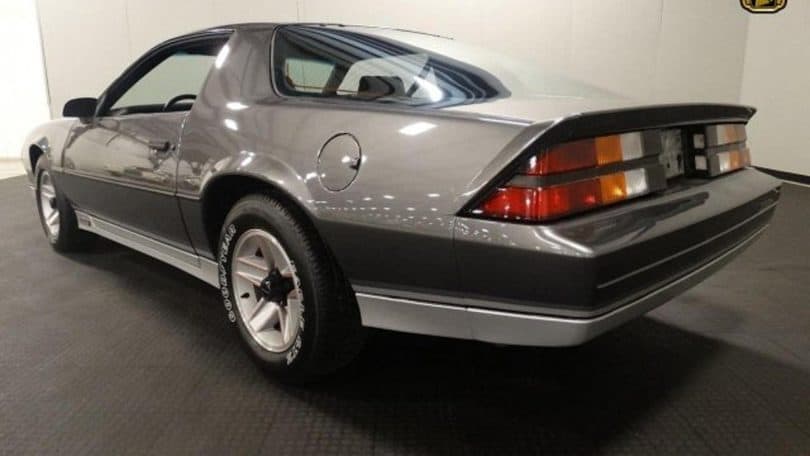 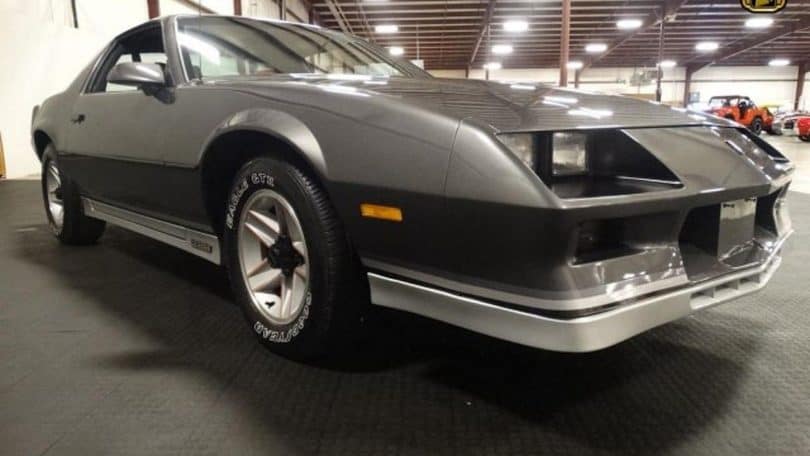 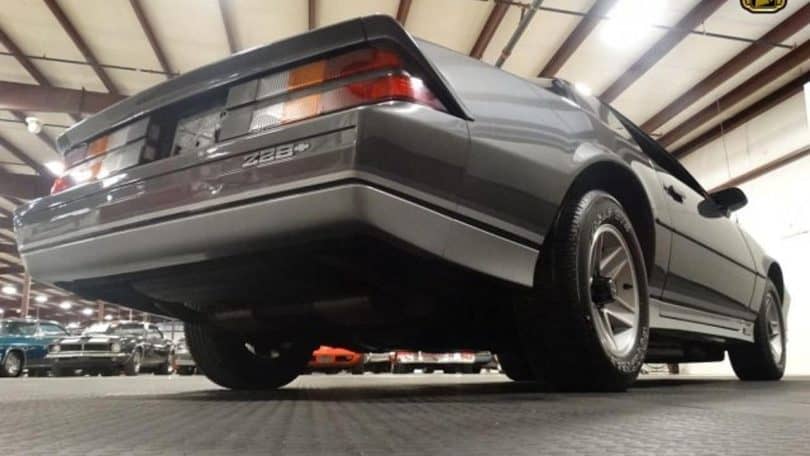 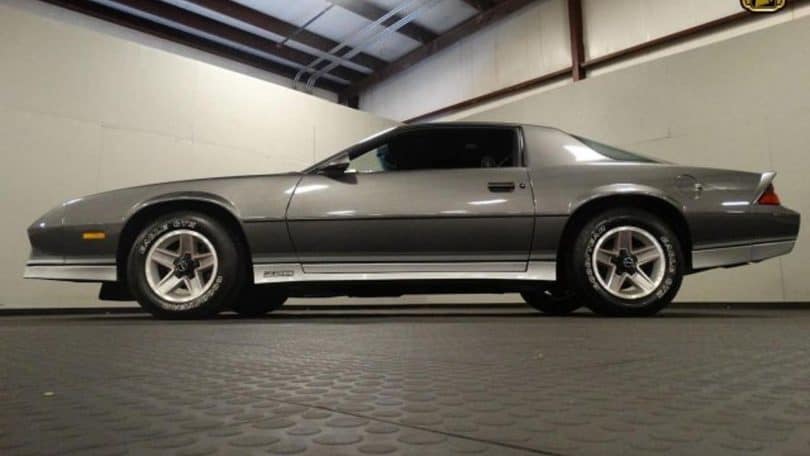 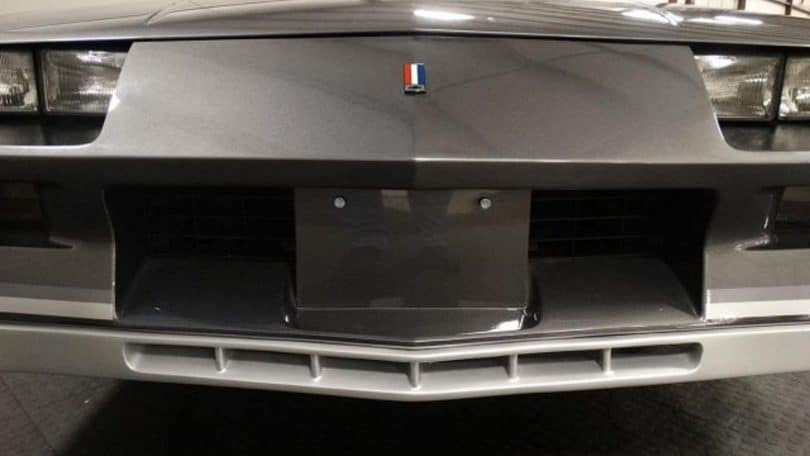 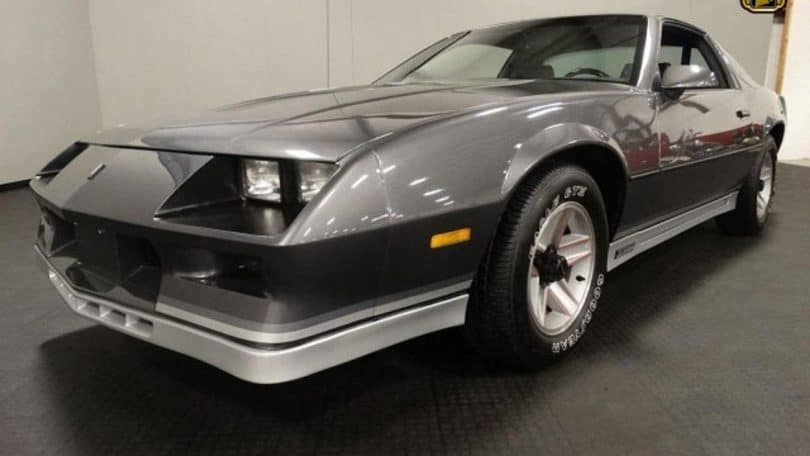 Great Muscle Car For The Beginner

This is big year for the Camaro with the introduction of the third generation. The new Camaro was a little smaller and considerably lighter than the previous model. Performance was improved. However, performance was not nearly as good as it would be in a couple of years nor is performance even considered great compared to the modern muscle cars of today. On the other hand, these cars are affordable, relatively easy to work on and they are attractive. This is another muscle car well suited for the enthusiasts on a budget. Parts are readily available and affordable.