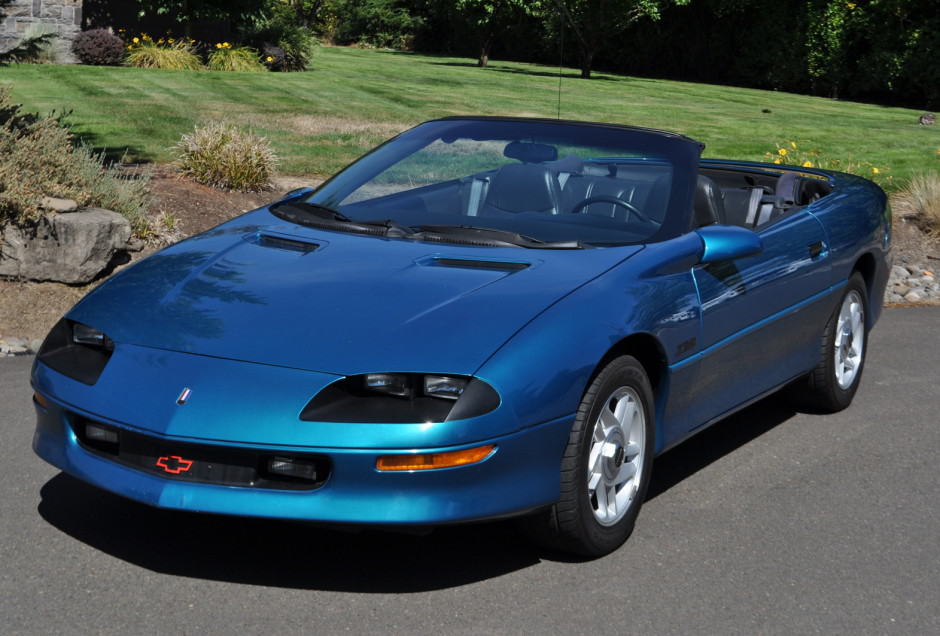 “Camaro is the American sports machine for people who love to drive. And one turn behind the wheel is guaranteed to transform just about anybody into a Camaro enthusiast.” 1995 Camaro sales brochure

Though many of the features of the 1995 Camaros were carryovers from the previous year (and from 1993, for that matter), there were a few changes that made these models distinct. The body-colored roof options were notable this year because both he 1993 and 94 Z28 models came only with black roofs. Base coupes, which came with a body-colored roof (and had since 1993), could be ordered with a black top as long as the T-Top options also was selected. Base models also gained chrome wheel covers later in the production year.

The new 3.8 litre V8 was the Buick Series II V6, and produced 200 horsepower. Most of these engines were available only in California this year, but would be the only V6 available when the 3.4 litre engine was dropped as an option in 1996. This year, however, the 3.4 litre V6 was the base engine offered to the coupes, and produced 160 horsepower. All Z28s came with the LT1, a 5.7 litre V8 that produced 275 horsepower. Perhaps because of this and upgraded standard tires this year, the speed governor was raised from 105 to 115 MPH.

As it had been for the previous seven years, the Camaro was only offered in two distinct models, though both also offered convertible options. In addition to the coupe and the Z28, there were also two very limited edition models produced. The 1LE was a stock race car, and only 106 of them were produced. There also were 310 B4C cars produced, which were made specifically for law enforcement.

Other than the “Camaro” icons being removed from the coupe and the aforementioned options of a black roof for T-Tops, the coupe changed very little inside or out from 1994. Production was up for both the regular coupe and the convertible. 77,431 coupes were produced during the model year, along with 6,948 convertibles. The base price for these cars was $14,250, though the convertible model added over $5,000.

After many years of being the only pony car still available (other than the Pontiac Firebird), the Camaro was once again been joined in the class by its old rival Mustang. The fourth-generation Mustangs, released in 1994, returned to the pony car size and finally eliminated the four-cylinder engine option it had offered for two decades. Though the Mustang, along with other sporty cars, had been increasingly competing with Camaro throughout most of the 1980s, it took the Mustang’s reinvention before they were once again head-to-head competitors.

But the news in the numbers game was not good. Though the two sold similarly throughout 1994, Mustang produced over 60,000 more cars throughout the 1995 production run than Camaro did. Though the numbers would vary, the Camaro would never beat the Mustang in sales numbers before it was discontinued in 2002. 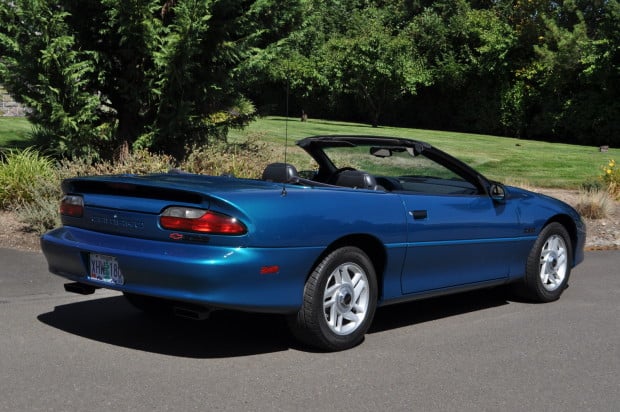 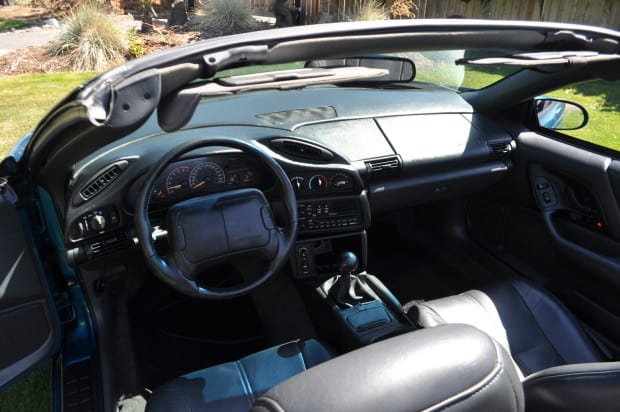 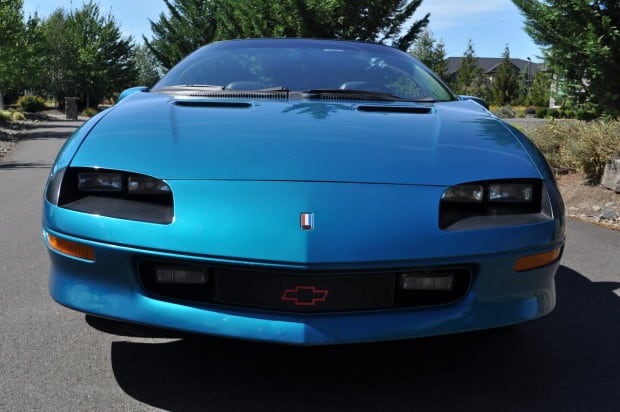 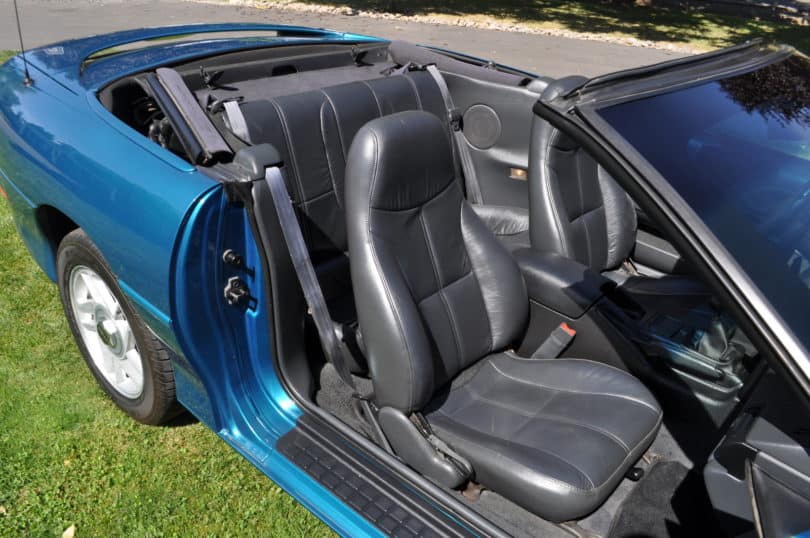 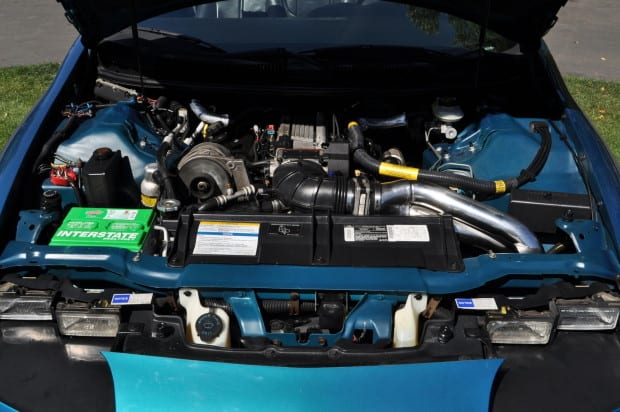 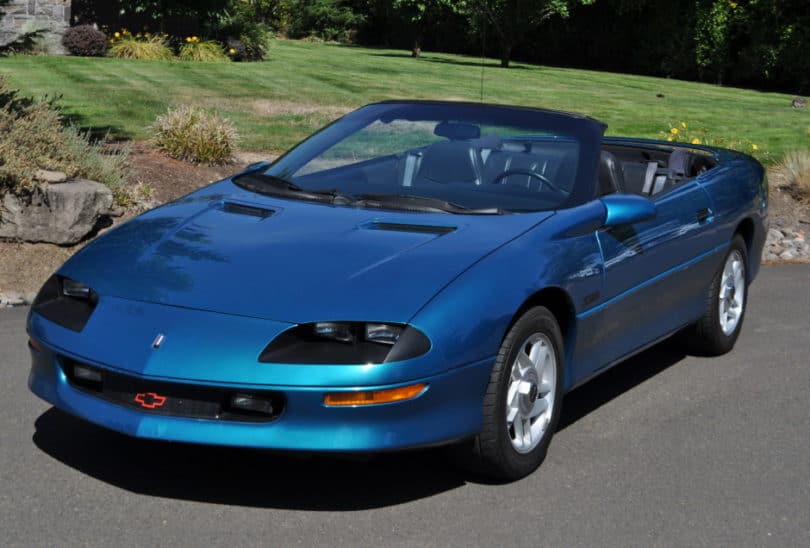