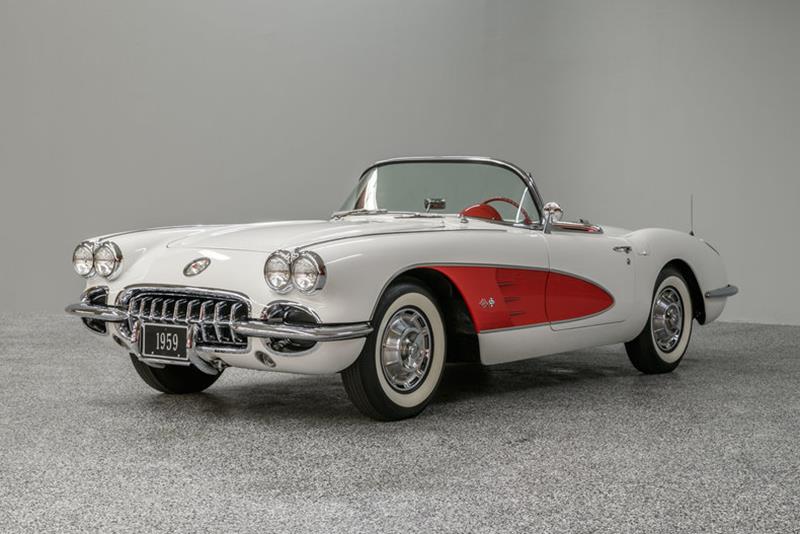 “For those who demand authentic sports car performance. For those who insist on luxury and convenience. Here is the Chevrolet Corvette!” 1959 Corvette sales brochure

1958 may have been a year of substantial change for the Corvette – visually, anyway – but 1959 was a year for refinement. Though it was largely a carryover year from the year before, anything that did changed seemed to be purely for the comfort of its occupants or to make it more pleasing to a viewer’s eye.

Visually, the exterior lost the aforementioned hood louvers that had been introduced the previous year. According to many (if not most) critics this is one of the best things that could have happened, and automatically supplied a sleeker look for the car. Cleaning up the massive amounts of chrome used the year before helped this, as well, and the chrome that was left looked much better for it.

The interior seemed designed to give everyone in the car a more comfortable ride. The armrests and door handles were repositioned to be more convenient, and reshaped seats provided better back support. Sun visors were added for the first time, and new instrument lenses helped eliminate glare on the instruments.

Under the hood, performance options remained exactly the same as they had in 1958, and this was no bad thing. All engines were a version of a 283 CID V8, and performance depended on the version chosen. At the top of the line were two fuel injected versions of the engine, which produced either 250 or 290 horsepower, depending on which was chosen. The fuel injection engines had been introduced to great acclaim in 1957.

There were two 2×4-barrel engine options that produced either 245 or 270 horsepower. The base models included a 4-barrel carburetor that was rated at 230 horsepower.

Options to add to the base model were similar to the 1958 options, and included a hardtop option, and upgraded suspension and a four-speed manual transmission. One new option introduced for the 1959 model year, however, was the sintered-metallic linings for brakes that had been developed by GM’s Delco-Moraine Division. The new linings made braking less harsh and also reduced the warm up time needed for maximum braking effectiveness. This option added just $26.90 to the price of the car.

As mentioned before, the 1959 models were nearly identical to the 1958 Corvette in terms of both looks and performance. And while the looks of the 1960 Corvette would stay almost exactly the same, there were some exciting things coming up for the Corvette.

First of all was the new maximum power for the 1960 fuel injected engines. The engines would be rated at 275 and 315 the following year, marking the first time a Corvette could come with an engine that produced more than 300 horsepower.

Another milestone would be reached that year when total production would break the 10,000 mark for the first time in the history of the car. This would also mean that 1959 would be the last time fewer than 10,000 Corvettes were produced until 1997. 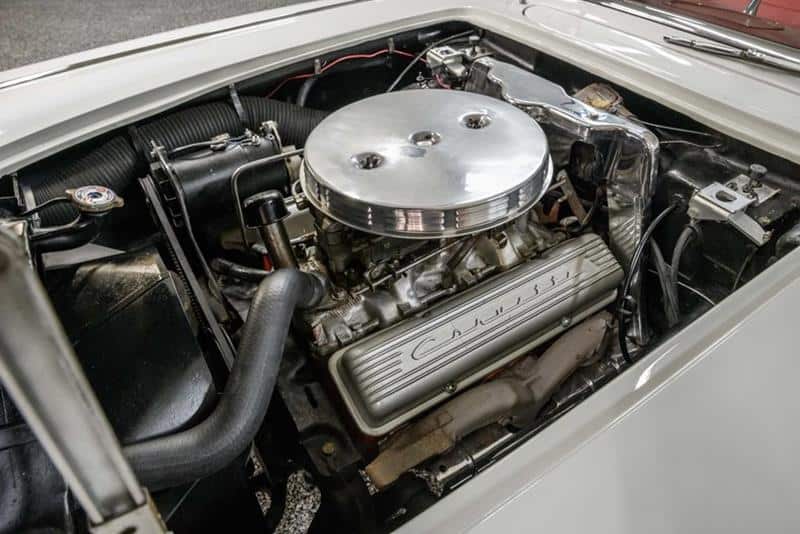 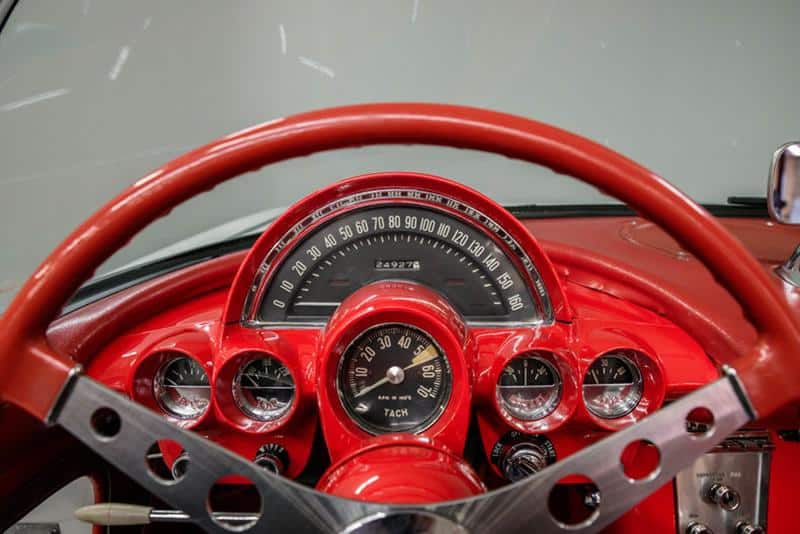 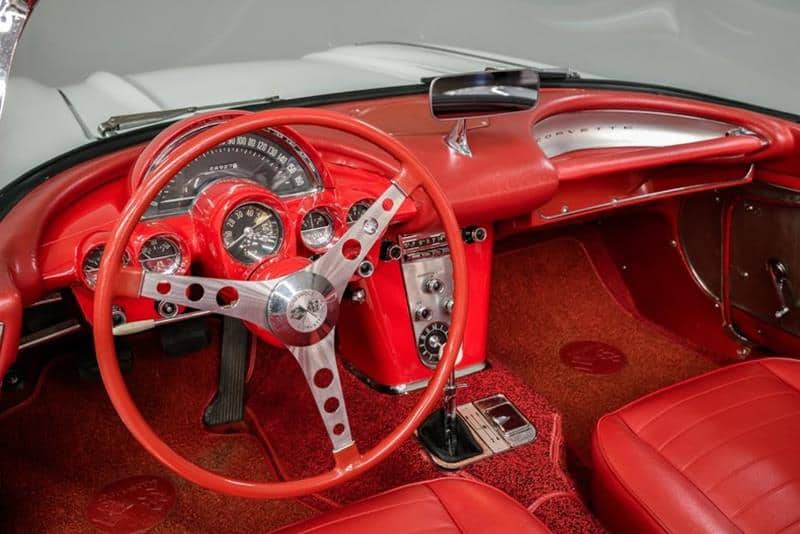 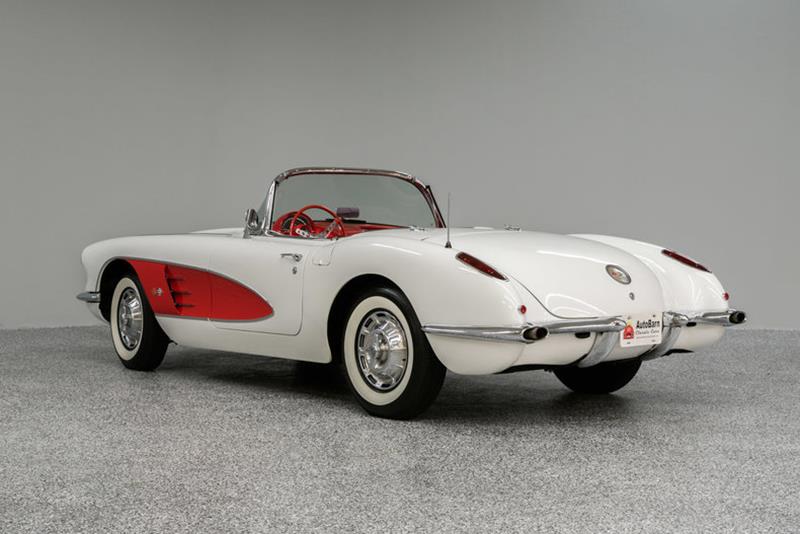 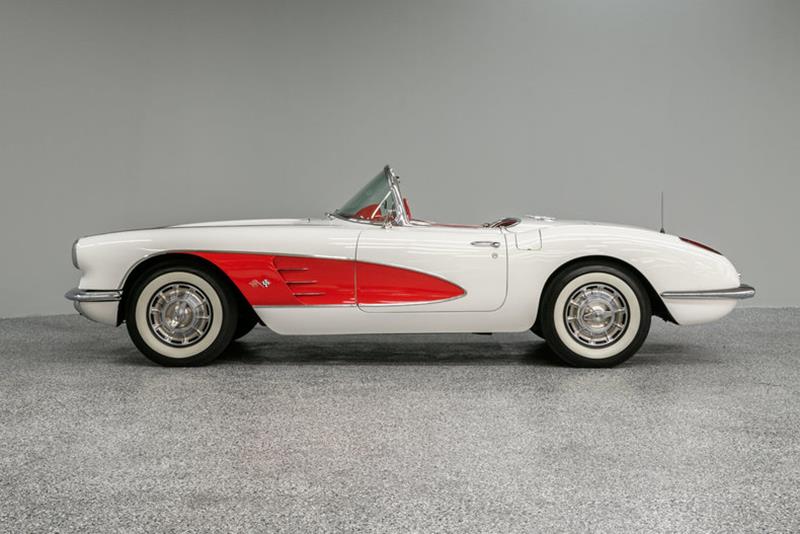