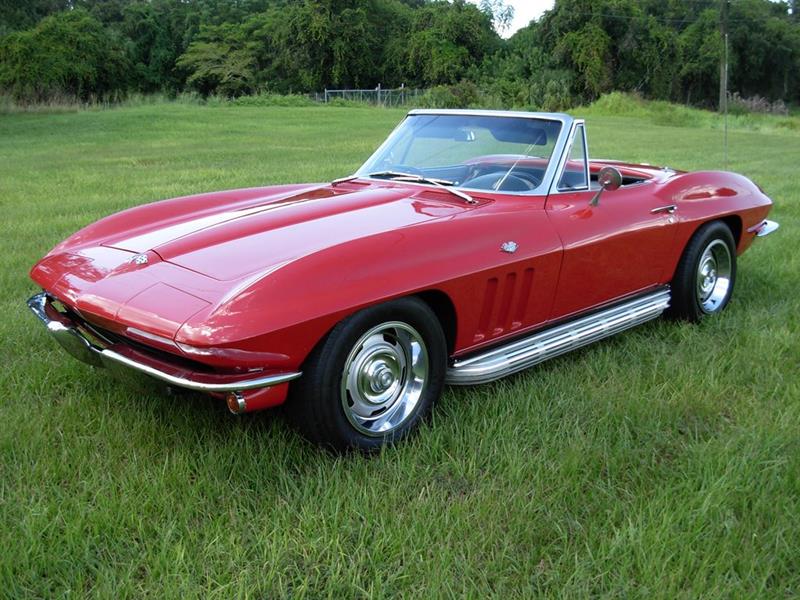 “This is a different type of car…” 1965 Corvette sales brochure

At first glance, the 1965 Corvette doesn’t look much different from the 1964 models, or the 1963 models, for that matter. But a closer look reveals that Corvette styling was evolving in the same way it always had, through subtle styling changes every year that continued to refine the look of an already stylish car.

This year’s changes included the complete smoothing of the hood, which had previously included either non-functional air intakes or depressions where they had been. Functional vertical exhaust vents in the front fenders replaced the former non-functional “ribs,” and wheel covers were restyled for the third year in a row. All in all, almost every styling change that had been performed on the Corvette since the second-generation Sting Ray models were introduced in 1963 were made to simplify the car – to add elegance. It seemed engineers at Chevy realized what a wonderful body style they had and had the good sense to strip it of any extraneous clutter.

But the big news for 1965 was not how the outside of the car looked, but rather what was under the hood. The new 396 CID V8 was by far the largest engine ever installed in a Corvette, and consequently had the most horsepower of any Corvette in history. And the introduction of the bigger engine would be a sign of things to come – as the engines would grow even larger in 1966.

But for 1965, the other engines were all forms of the 327 CID V8. Base Corvettes had a 327 that was rated at 250 horsepower, but there were also three modified versions of the engine. One was rated at 300 horsepower, while the other used a different carburetor, a Holley, to bump up the rating to 365 horsepower. But the top of the 327’s was the fuel-injected engine, which produced 375 horsepower. The downside of this engine, however, was that it added $726 to the base price of the car, while the new 396 added only $481.

Most Corvette fans welcomed the newly standard four-wheel disc brakes, though the car did come with the option of a $64.50 credit to those who chose to eliminate this standard feature. 316 Corvettes were ordered without the disc brakes in 1965. Other than the new bucket seats and the leather seating option, the interior of the car stayed largely the same for 1965 as well.

Total production for the Corvette was very similar to 1964 production, though sales did rise slightly. 23,562 Corvettes were produced, which represented a 1.43 percent increase from the year before. This is despite the fact that the base price for both cars decreased slightly.

While total Corvette production was up, coupe production was down for the second year in a row, this time to 8,186. But that only represented a 1.42 percent drop from the year before. The base price also dropped by about half of a percent to $4,233.

Making up the difference in the production drop of the coupe, convertible production was up over 3 percent to 15,376. It’s priced dropped to $4,022.

If 1965 started the trend of using even larger engines in Corvettes, 1966 kept it going. It turns out the 396 was only available as a Corvette engine option for one year, because it would be replaced by a 427 CID engine option the following year. Max horsepower, however, would remain the same. 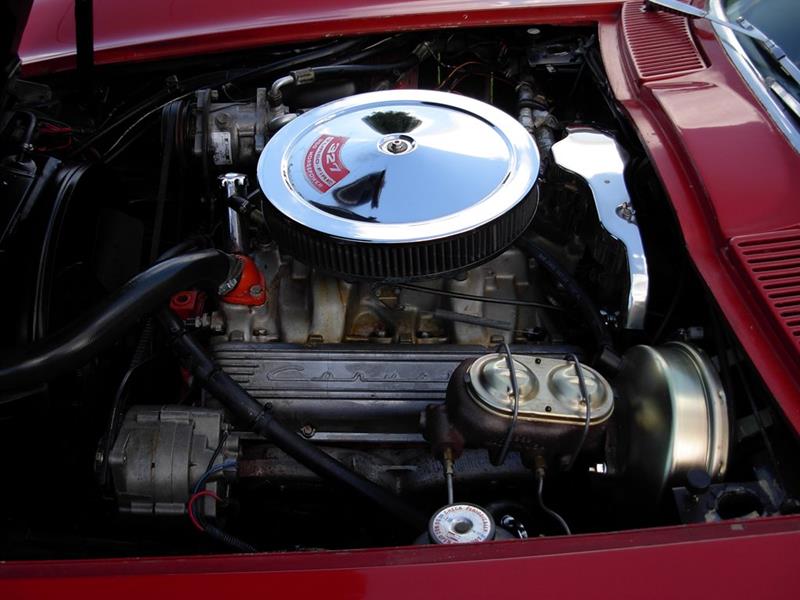 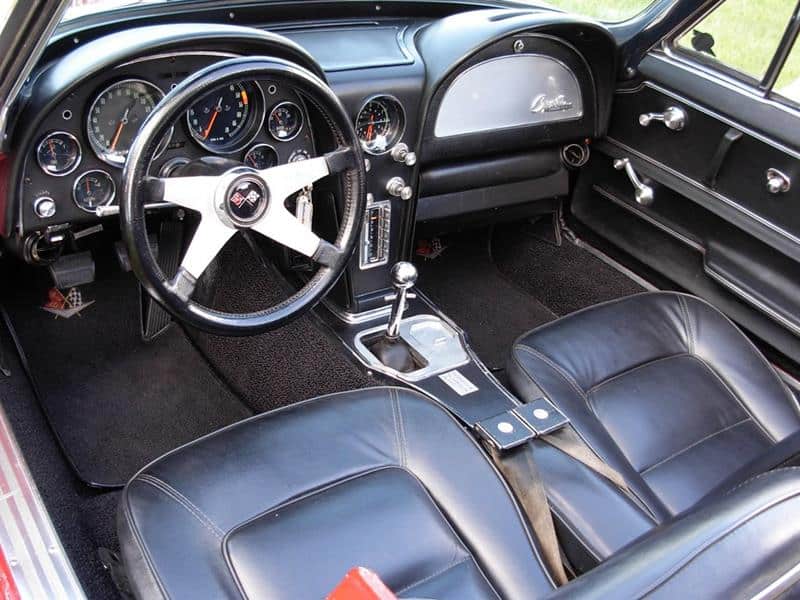 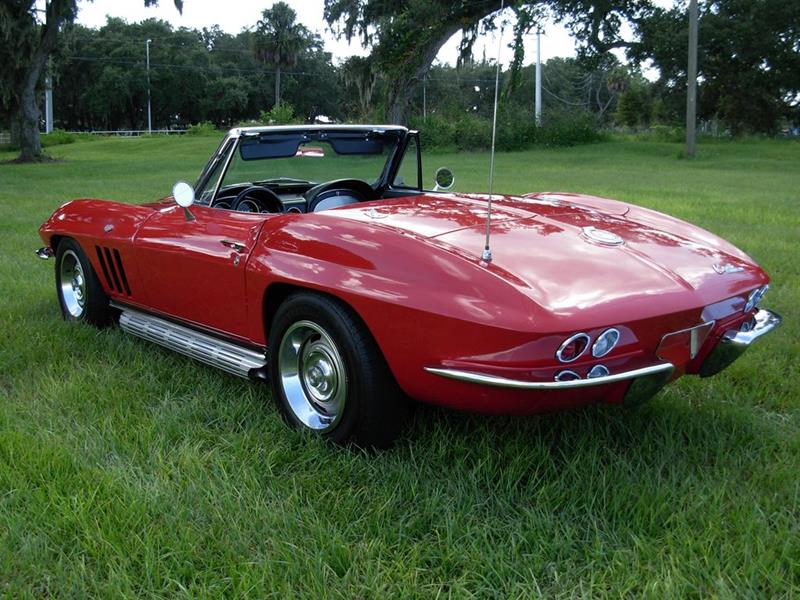 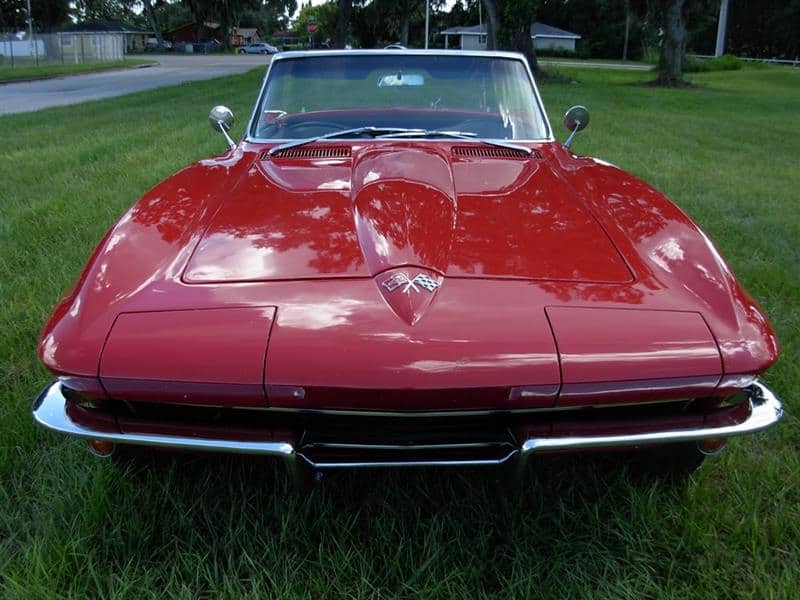 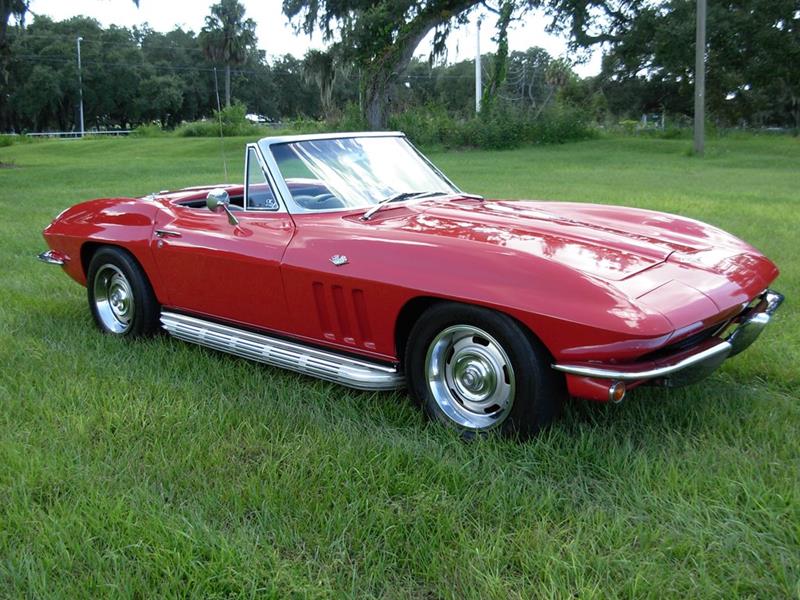