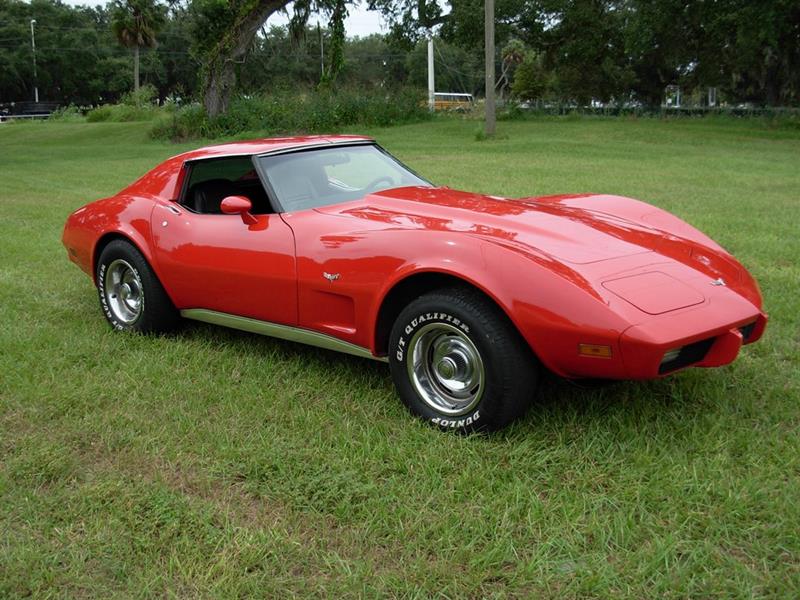 “The only one. Corvette by Chevrolet.” 1977 Corvette sales brochure

From 1975 to 1977, very little changed about the Corvette in terms of power or styling. With engine options and performance carrying over completely unchanged from the 1976 Corvette, the only modifications to the 1977 models were slight styling changes, most designed to provide a better experience to the driver and give the interior of the car a more refined feel.

The first of these changes was the standard leather upholstery, which could be substituted for cloth seats with leather bolsters at an additional cost. The new leather wrapped steering wheel completed this look. The steering column was also shortened slightly which provided a more comfortable driving position and also helped the ease of entering and exiting the car. A new “Smart Switch” on the steering column combined the headlight dimmer, windshield wiper functions and turn signals for the first time.

The console also was slightly redesigned to accept more audio options. These options included the addition of a cassette player to the AM/FM stereo for the first time. Also around the console was a lengthened manual transmission lever that allowed for easier use of the hand brake. New sun visors were included in the car, and the rearview mirror was shifted slightly.

On the outside, very little changed apart from the elimination of the “Stingray” decal. Instead, the traditional crossed-flags emblem were used once again. In the beginning of the model year, Chevrolet had intended to offer clear glass roof panels for the T-tops, but reportedly a dispute with the supplier halted this plan. They would finally be available as an option on stock Corvettes the following year.

Under the hood, the two engine options were exactly the same as they had been the year before. Both were 4-barrel versions of the 350 CID small-block V8, and the base model was rated at 180 horsepower. Moving up to the L82 motor increased horsepower to 210.

Despite the lack of changes, or maybe because of them, production continued to climb. While sales had hit a then all-time high the previous year, even more 1977 Corvettes were produced. Throughout the model year, 48,213 Corvettes would be built. Though the upward sales trend would falter slightly the following year, the car’s production would finally break the 50,000 barrier by 1979.

For the second year in a row, the base price of the Corvette rose more than $1,000 from the previous year. Corvettes now started at $8,648, and with additional options the out-the-door price could easily be over $10,000. The base price itself would rise above this number by 1979.

Comparisons are easy between the 1976 Corvette and 1977 Corvette because they were, for all intents and purposes, the same car, but 1978 would finally see some major changes for the Corvettes. The following year’s model would celebrate the 25th anniversary of the Corvette, and Chevrolet had some changes up its sleeve to celebrate the birthday.

The most obvious was the redesigned wraparound rear window that replaced the “flying buttress” window that had become one of the signatures of the third-generation Corvettes. The interior also would receive an update in 1978.

Additionally, two new models would be introduced the following year, the “Silver Anniversary” edition and an Indy Pace Car edition. The Corvette had never been selected as the pace car for Indy until that point, and Chevrolet sold thousands of the special edition Corvettes. 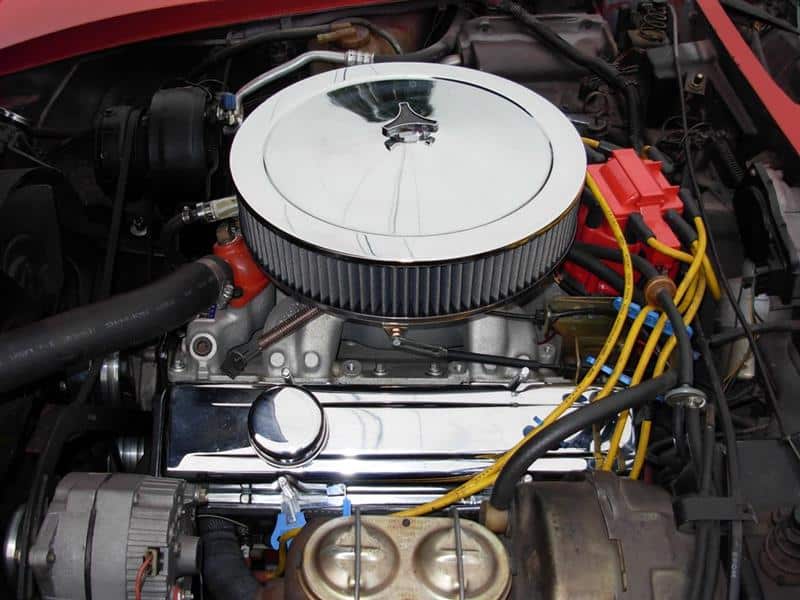 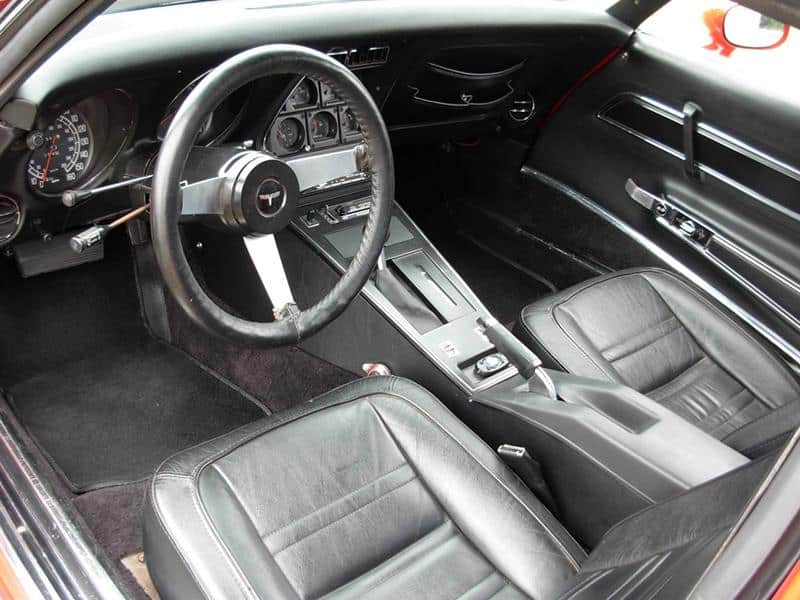 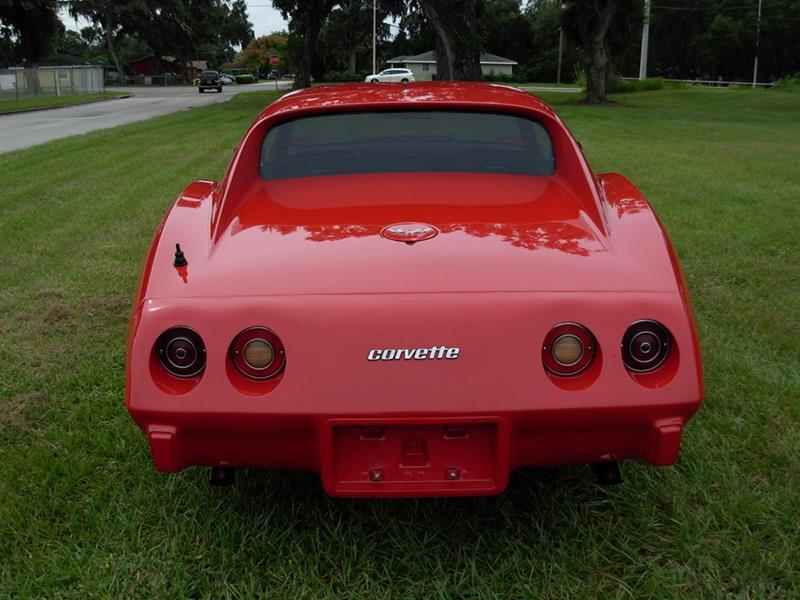 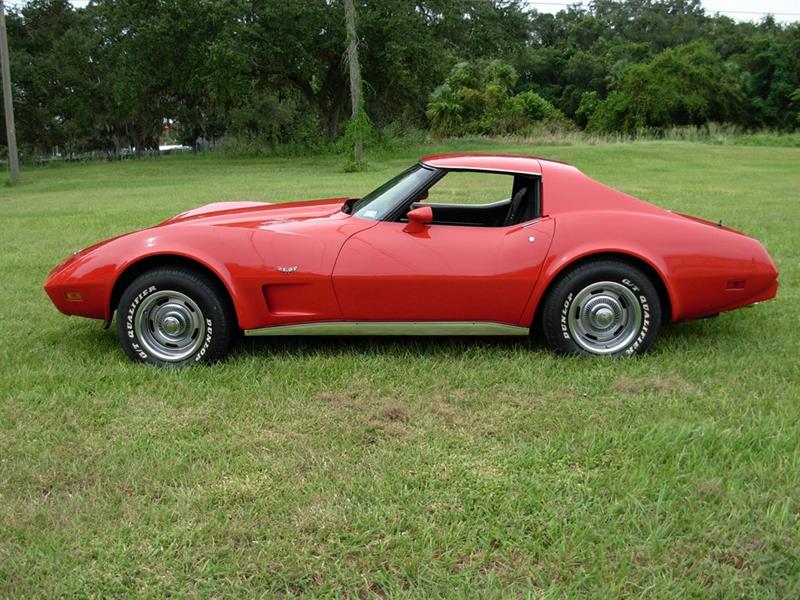 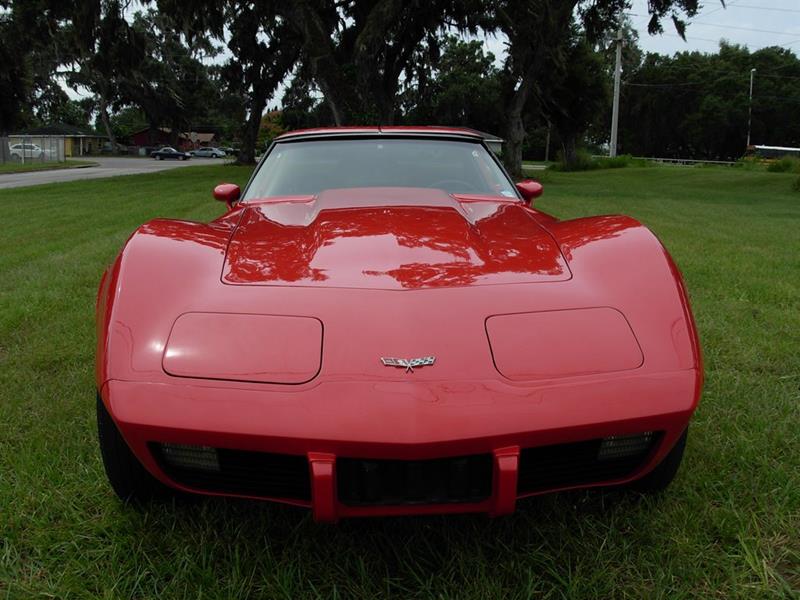