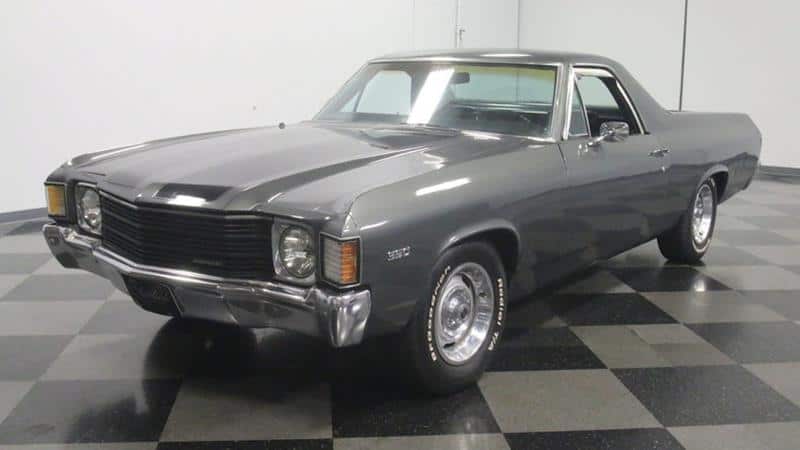 Other than the new grille, turn signals and other small modifications, the 1972 El Camino was basically a carbon copy of the year before. However, with those new net horsepower ratings, the specifications sheets of El Caminos seemed less powerful, even though they actually weren’t. But more importantly, the seemingly decreased power foreshadowed things to come.

The El Camino wasn’t designed as a muscle car. By the time the 1964 models came out, it was built as a practical hauling pickup based on a car platform, and it also had a couple of V8 options for buyers who wanted more performance. But throughout the years, performance options grew and grew until, in 1970, there were some very powerful El Caminos available. However, when it was required in 1971 that all engines be able to run on unleaded fuel, power ratings began to go down. And even though the new lower net ratings didn’t actually represent a drop in power, the cars appeared on paper as less powerful, which was important in that day and age. But more important was the coming federal safety and emissions mandates that would effectively kill off the muscle car era by 1975. Fortunately, the practicality of the El Camino would help it survive.

Engine options were the same as they had been the previous year, and the base engine was a 250 CID six-cylinder. El Camino buyers that wanted V8 power (which most did) could upgrade to a 350 CID V8 that was now rated at 165 horsepower. From there, buyers could choose the Turbo Jet 400, which was actually a 402 CID V8 rated at 240 horsepower, or a 454 CID V8 that produced 270 horsepower.

But the lowered numbers certainly didn’t hurt sales for 1972. In fact, production rose over the 50,000 mark for the first time in history as 57,147 units were built. Fortunately, the number would rise even higher the following year.

Somewhat uniquely, the El Camino never had multiple models, other than the 1968 SS396 which was its own model rather than an options package. Instead, buyers could customize their El Caminos in numerous ways, choosing from different engine options and trim packages.

One of the most popular was the SS options package, which provided a sporty trim to the car. Including the Turbo Jet 400, the car also had 15-inch Rally racing wheels, a black custom steering wheel, distinct instrumentation, power brakes and a high output battery.

As it had been for many years, the El Camino Custom – which included the SS models – was the best-selling El Camino for the year. In all, 50,359 were built throughout the production year.

As it had been for the entirety of the El Caminos lifespan, the Ford Ranchero was the car’s only direct competitor in the car/truck hybrid genre. But since the second-generation El Camino had been introduced in 1964 (the nameplate had been on hiatus since 1960 at that point), it had consistently outsold the Ranchero – usually by a large margin.

But Ford had closed part of the gap in 1972 due to the high sales of the reintroduced 500 model of the Ranchero. Overall, 40,334 Rancheros were produced, which put an end to a string of years that had seen the El Camino outsell the Ranchero by margins of more than two-to-one.

The El Camino would be redesigned again in 1973 for what would be its fourth-generation. Though the car retained some of the larger V8 engines, its bigger stature and the declining power of those engines was taking the El Camino away from the muscle car class, which also was on the decline. 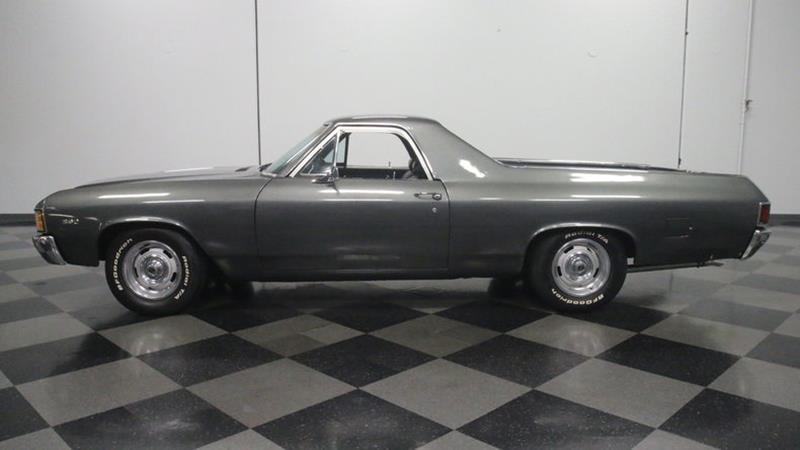 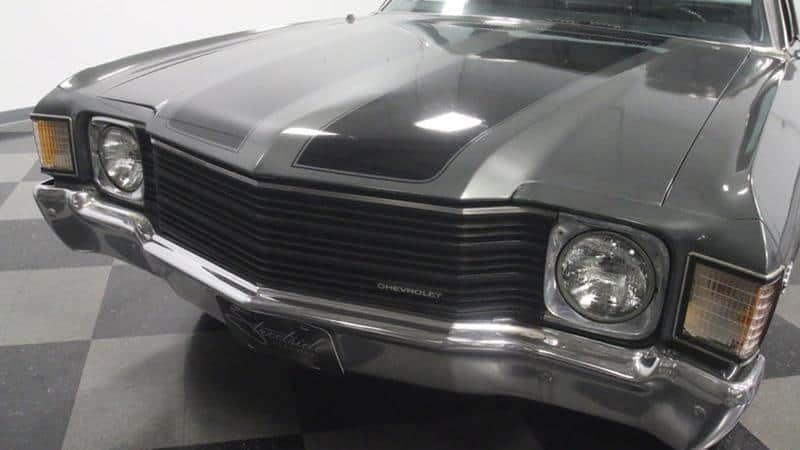 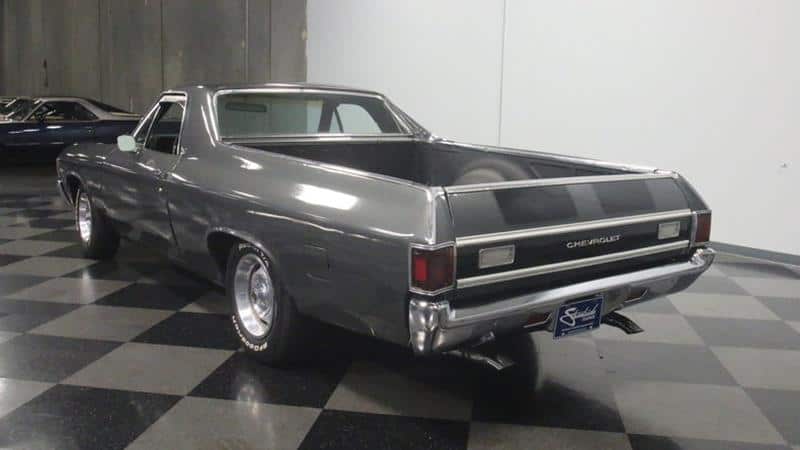 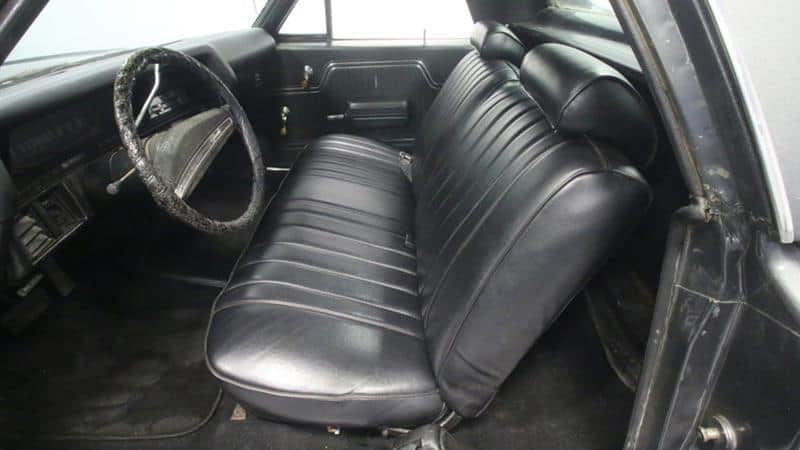 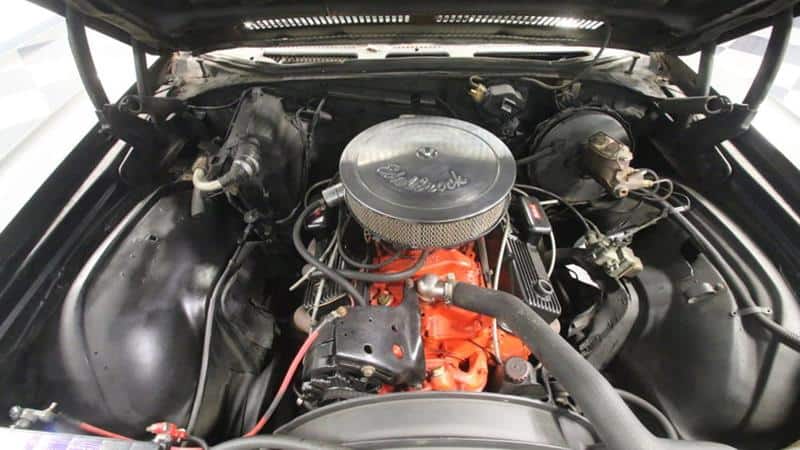