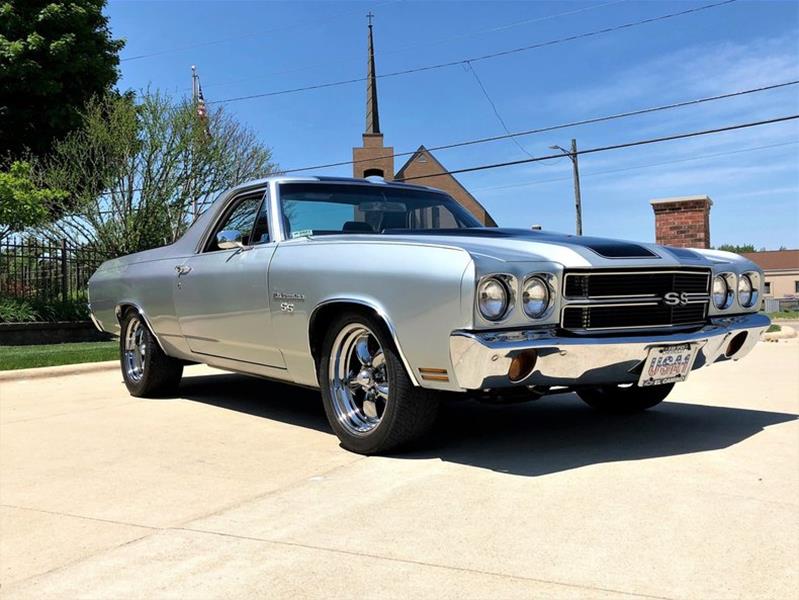 The second-generation El Caminos, which were introduced in 1964 and lasted through the 1967 model year changed very little throughout the course of its lifespan. But when the third-generation models came out in 1968, Chevy seemed a little more willing to continuously update the car. The 1969 El Camino had new bumpers and other small changes, and the 1970 models were distinct from either of the other two year models of the ongoing third-generation.

The El Camino was based on the platform of the Chevelle sedan and wagon, and so the changes to the 1970 El Camino reflect the changes made to the 1970 Chevelle. The most noticeable difference is the squared up design of the new cars. Inside, the interior was revamped to provide more comfort features to the driver.

Though engine options didn’t change much from the previous year, there were a few notable differences. The first is that though the two versions of the 396 CID V8 still included the SS396 emblems, the engine had actually increased in size to 402 CID to accommodate some tweaks to meet new emissions standards. Actual power output, however, did not change.

Formerly, there had been three versions of the 396 rated at 325, 350 and 375 horsepower, but the 325-horsepower model had been discontinued for 1970. This was probably due to the fact that Chevy’s 350 CID V8 began being used in El Caminos the previous year, and produced 300 horsepower. The final V8 option was a 307 CID V8. At the bottom of the power spectrum were two six-cylinder engine options: the base 230 CID version and a 250 CID option.

At the top of the performance heap was the aforementioned 454 CID V8 which was new to the Chevy lineup that year. The engine produced 454 horsepower along with 500 lbs./ft. torque, and was installed in very few El Caminos in 1970.

The SS396 package, which could only be added to the El Camino Custom, added features similar to what the package had included in previous years. This included 15-inch tires, a blacked out grille and SS emblems, among other things.

Total production of the El Camino was down slightly from the previous year, but only by less than 700 units. Throughout the model year, 47,707 El Caminos were built.

Other than in the 1968 model year, there had only ever been one model of the El Camino – and 1970 was no different. However, buyers had a slew of performance and comfort options to give plenty of diversity to all of the El Caminos.

The El Camino was introduced to compete with the Ford Ranchero, which was first introduced in the late 1950s. The Ranchero remained the only direct competition of the El Camino, and the latter continually outsold the former. Since 1964, the Ranchero had never approached El Camino sales, and there were 26,067 more El Caminos built than Rancheros in 1970. 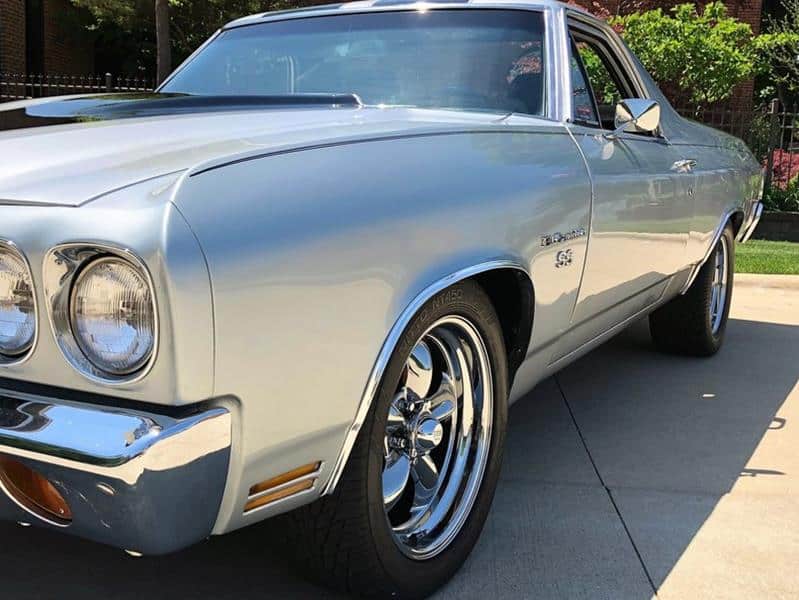 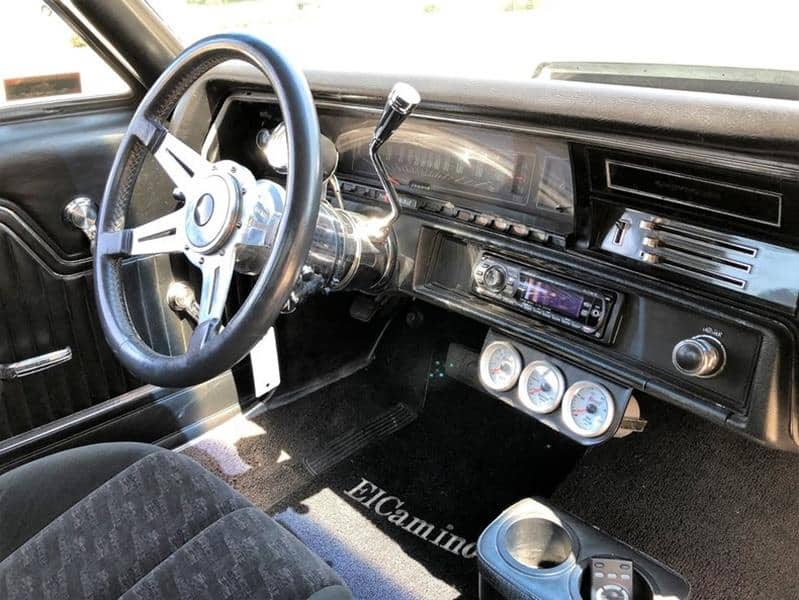 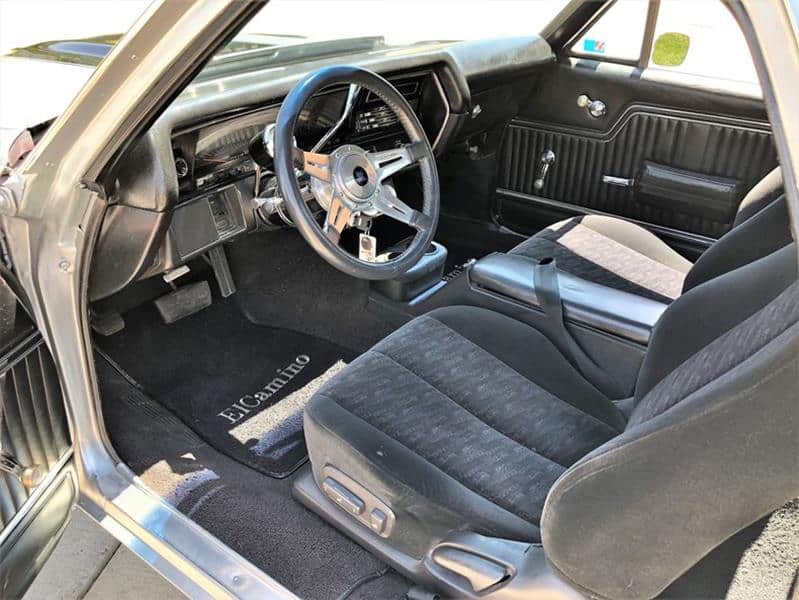 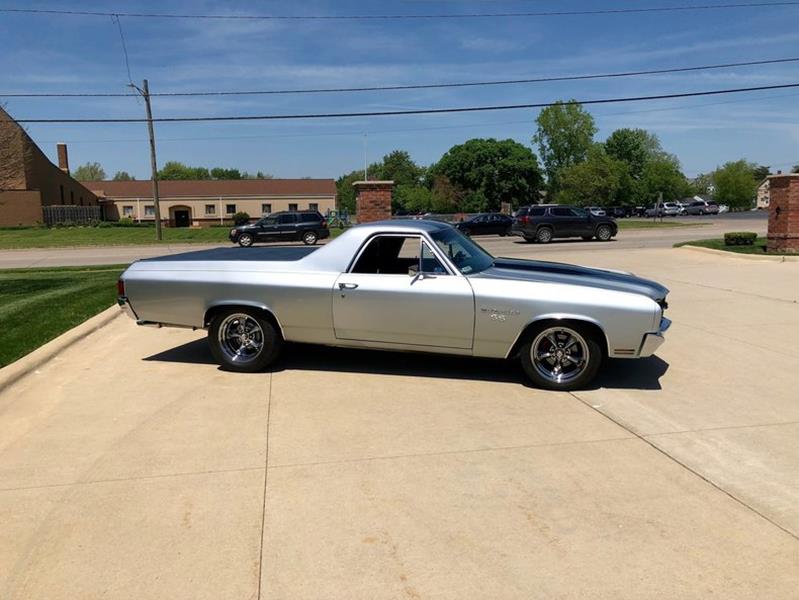 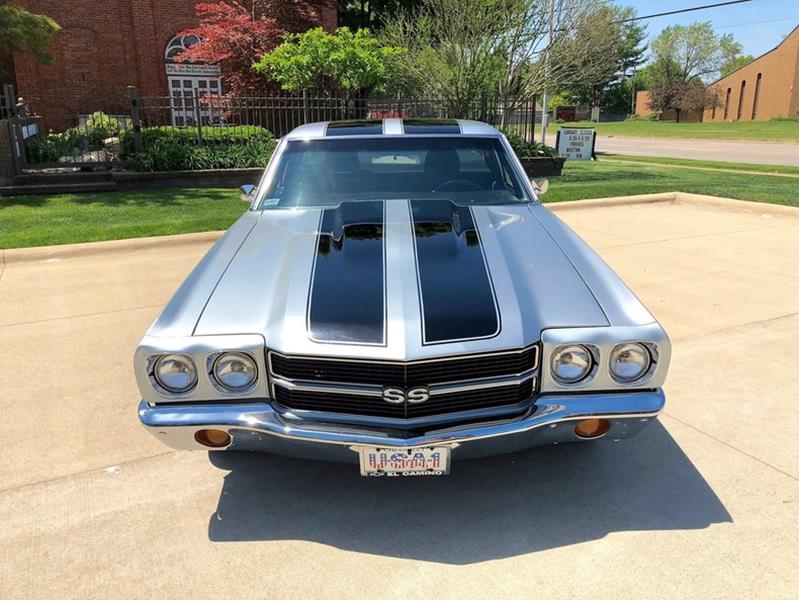 I bought a California 1970 Chevy El Camino Custom (SS Clone), with a 350 small block and Turbo Hydromatic 350 tranny. While Chevy didn’t off the SS trim with the 350 engine (only offered with the 396 and 454 engine options), this car/truck was done nicely with the SS look and all the appropriate trim items to look real. It is a stunning Marina Blue (repaint – not an original 1970 color) with dark blue metallic hood stripes. This baby has never seen road salt or Winter weather, and one look at the unrestored underbody would confirm this …. still has the factory coatings and finish. It was originally a Blackcherry Color with a black vinyl top .. but the Marina Blue is a much prettier color for this El Camino. Get whistles, thumbs up, Wow’s everytime I pull it out of the garage. I’d always wanted an El Camino, and am glad I now own this pristine one.