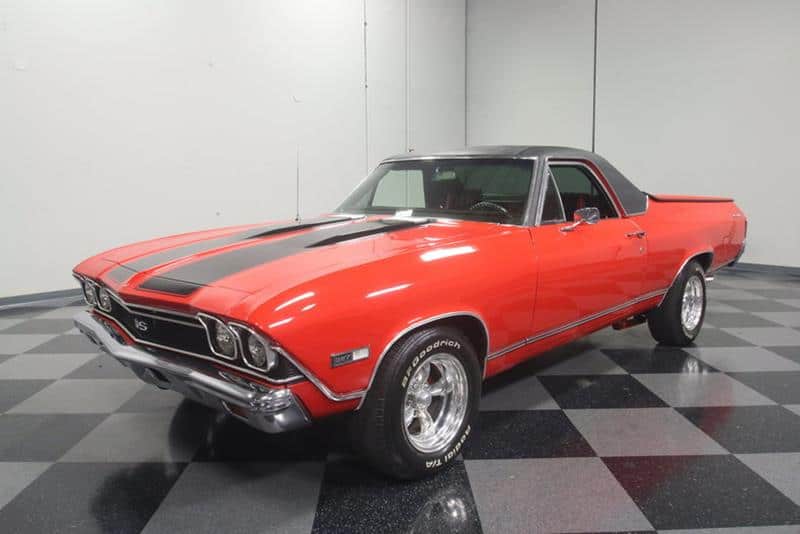 “As comfy and powerful as a comparable Chevelle, it’ll take half-ton loads easily and has enough style and class to be parked in front of the Beverly Hilton without embarrassment.” 1968 El Camino review in Hot Rod magazine.

Since the second-generation El Camino had been introduced in 1964 (following a three year break from the end of the first generation of the car), the car/truck hybrid had been changed very little, with any alterations made as part of a slow evolution process of improving the car. Sales had been impressive for almost every model year, but did slip a bit in 1967. So the introduction of the 1968 car may have been somewhat of a shock to those not accustomed to Chevy changing the El Camino.

With that said, the changes that distinguished the third-generation El Camino weren’t all that drastic upon first glance – which still, of course, presented a car/truck hybrid that many car buyers had found both attractive and practical. Almost all of the changes echo the changes made in the Chevy Chevelle sedan and wagon, which had provided the platform for the El Camino since 1964. Among the changes was a longer, 116-inch wheelbase, which subsequently provided a longer El Camino that measured 208-inches. The hood also was noticeably longer and the rear of the cab featured a recessed window.

But perhaps the most noticeable addition to the car was the new SS396 model. When looking at specifications, the car wasn’t that much more powerful than the top performance option offered in 1967, but giving the SS label as an option to El Camino showed that Chevy did view the truck/car as somewhat of a performance machine in addition to it being a practical hauling vehicle. There were three 396 engines available for the SS model, and the first two (which were rated at 325 and 350 horsepower) were carryovers from the previous year. But the modified 396 at the top of the line provided 375 horsepower, the most ever available in an El Camino.

The SS models also were visually distinctive from other El Caminos. In addition to their SS396 emblems, they also included simulated hood scoops and louvered hood ports. The grille, which featured the SS emblem, was blacked out, and the tailgate featured a unique narrow black band.

Other engine options for the year also were carryovers from the previous year. The base engine was a 230 CID six-cylinder engine, and a 250 CID six also was available. For those that wanted V8 power but did not want to get up to the 396 engines, there was the 307 CID V8.

Apparently the restyle worked, because after a sales drop the previous year, total production was up to 41,791. This marked the first time El Camino production topped 40,000, but it certainly wouldn’t be the last.

Like it had the previous year, the El Camino was available as a standard and a custom model. The custom added an upgraded interior trim to the car that included replacing the rubber floor with carpet. The Custom models that included the V8 were the best-selling Camaros, and 26,690 of those were built.

Though the SS package would be continued to be offered as an option bundle, it was only available as its own distinct model of the El Camino in 1968. The following year it would begin to be only available as an add on to the Custom El Camino models with V8s. Throughout the 1968 production year, 5,190 SS396 El Caminos were built.

The El Caminos primary competition always had been and always would be the Ranchero, which was Ford’s version of the car/truck hybrid. But the El Camino had outsold the Ranchero every year since it was reintroduced in 1964, and this year was no difference. More than 25,000 more El Caminos were built than Rancheros. 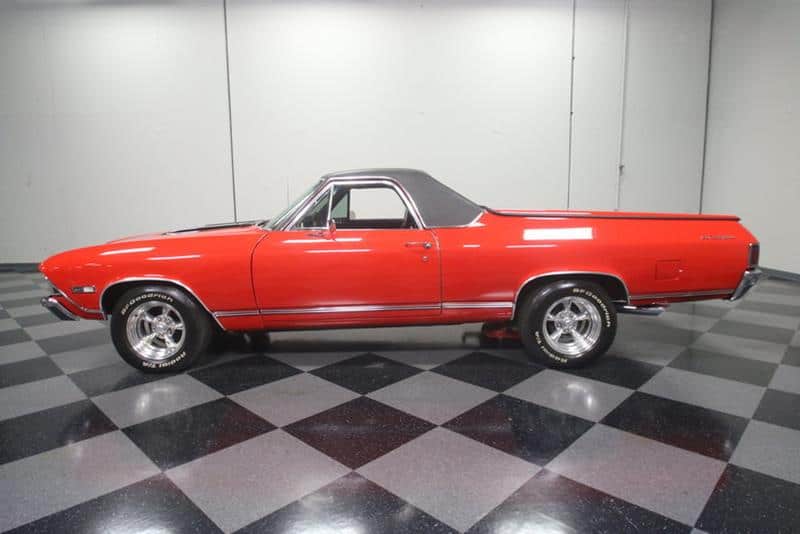 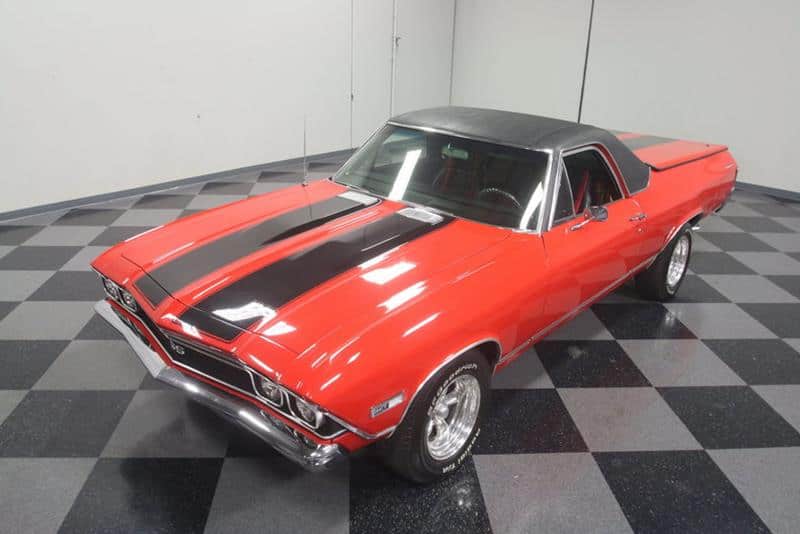 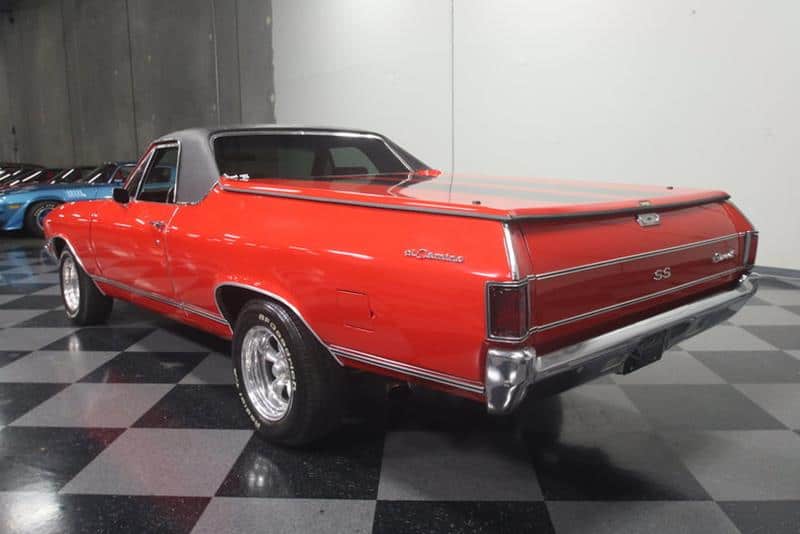 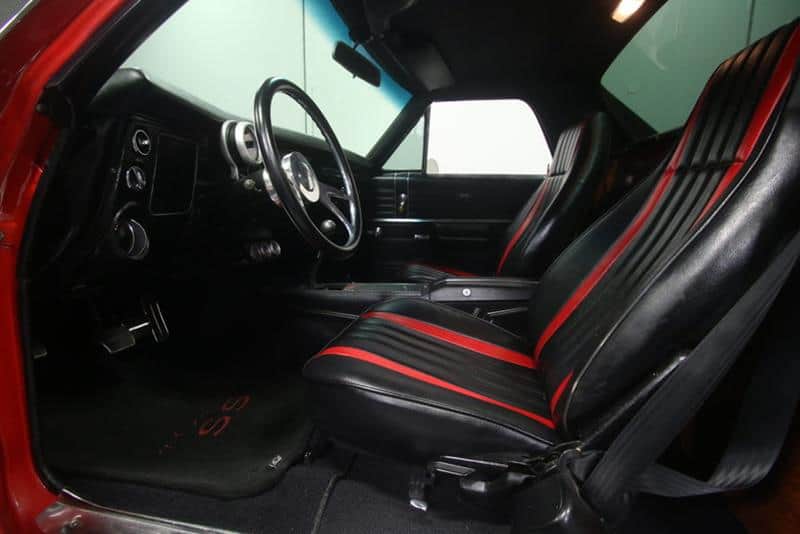 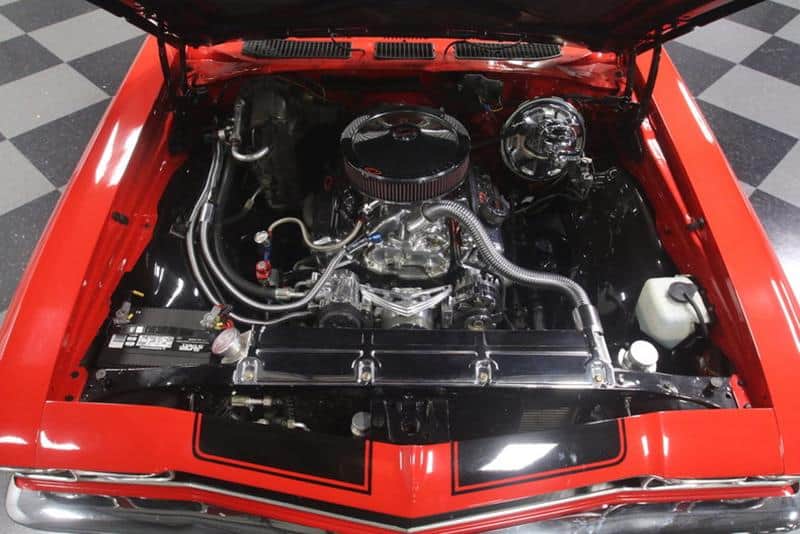