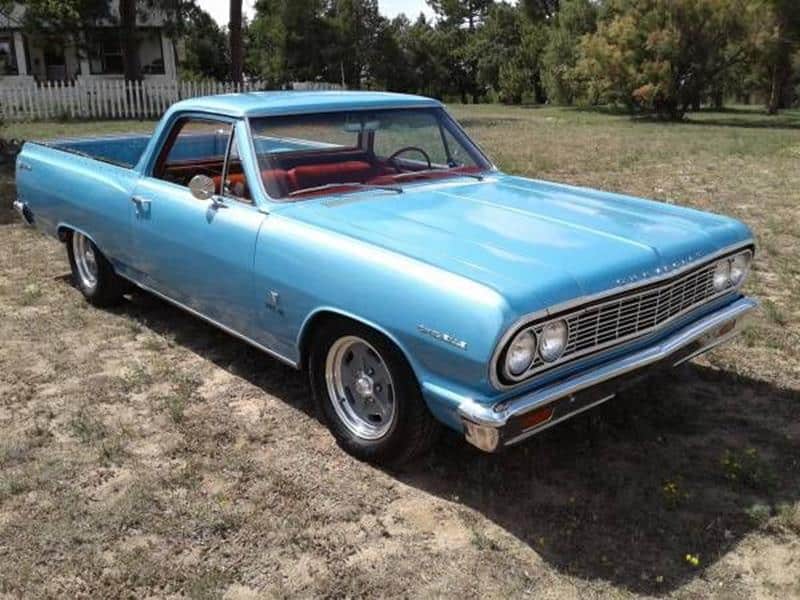 By the time the El Camino was reintroduced in 1964, the now legendary car/truck already had quite the storied history. The car was first introduced in 1959 as a full size car set to compete with Ford’s version of the car/truck hybrid, the Ranchero. But by 1960, Ford had already reduced the size of the Ranchero by putting it on a Falcon platform, and sales of the El Camino plummeted, causing Chevy to discontinue the line. But while it would be three more years before the El Camino returned, the project garnered much attention behind the scenes at Chevy during the intervening years.

The hybrid car/truck model itself wasn’t abandoned, as the Corvair Rampside pickup attempted to fill the market in 1961, but did not sell well. A pickup version of the Chevy II (a version of that car’s wagon model) was toyed with but not ultimately produced. But the El Camino that would eventually return based on the Chevelle platform was already being experimented with as early as 1962.

When the El Camino did finally appear in 1964, it was so closely related to the Chevelle that the vehicle carried both Chevelle and El Camino emblems. The El Camino was built in the same plant as the Chevelle, and therefore carried nearly the same options and trim lines as the car, though it did have a few drawbacks upon release.

One significant downside was weight distribution, which put around 60 percent of the car’s weight on the front to account for loads the bed would later carry. This, of course, presented traction and handling problems when the bed of the truck was empty. Another source of complaint was that the engine options did not include the more powerful V8s available to the Chevelle at the time.

During its first year back, there were 32,548 El Caminos built, which was just under the total amount built in 1959 and 1960 combined. El Camino production would not drop below this number until 1982.

There was only one El Camino model available in 1964, though it did come with an optional Custom package that upgraded the trim. The Custom package added $81 to the base price of $2,260, and added bright body moldings and upgrades to the outside trim.

The El Camino’s main competition in 1964, as well as for the majority of its lifespan, was the Ford Ranchero, which it had been originally designed to compete with. By 1964, the Ranchero had moved from the full-size platform it had originally based on down to the Falcon platform. Chevy execs were afraid the El Camino wouldn’t be able to compete with the car very well since it had the advantage of being produced in the three years that the El Camino was not available. These fears turned out to be unfounded, however, as the El Camino far outsold the Ranchero in 1964. 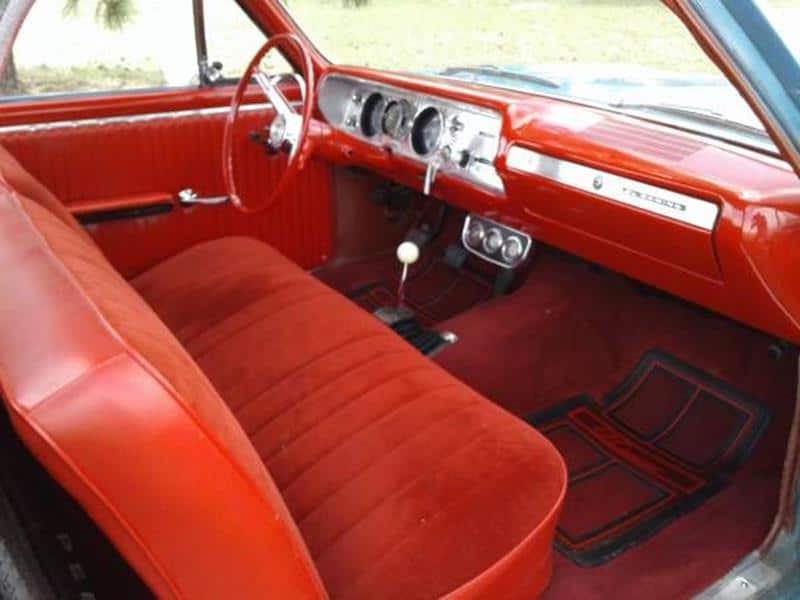 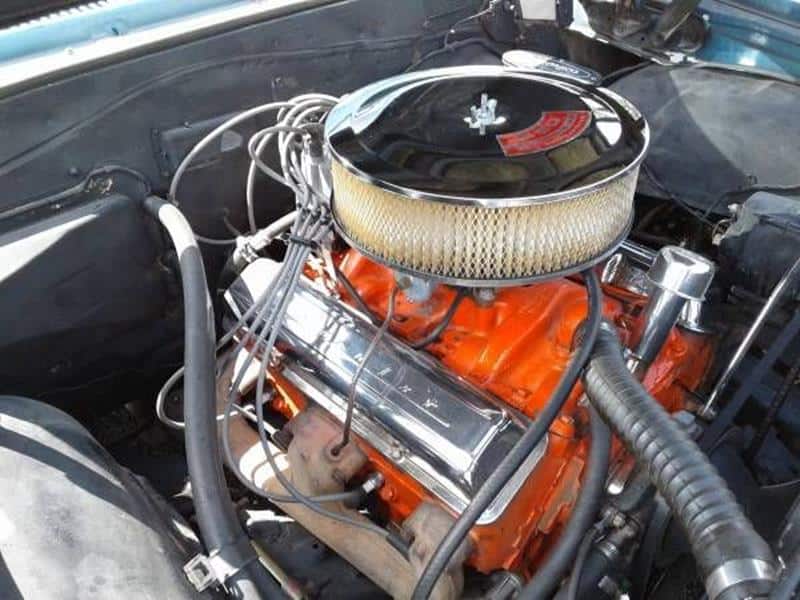 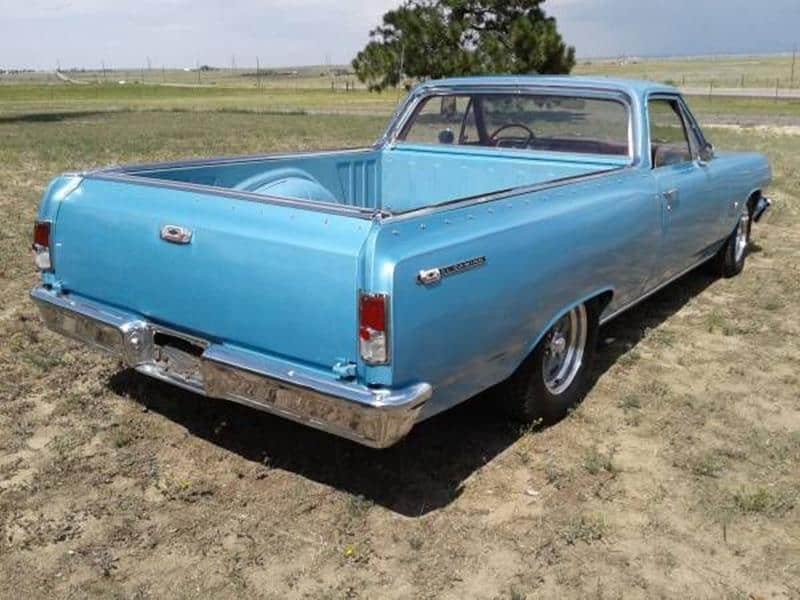 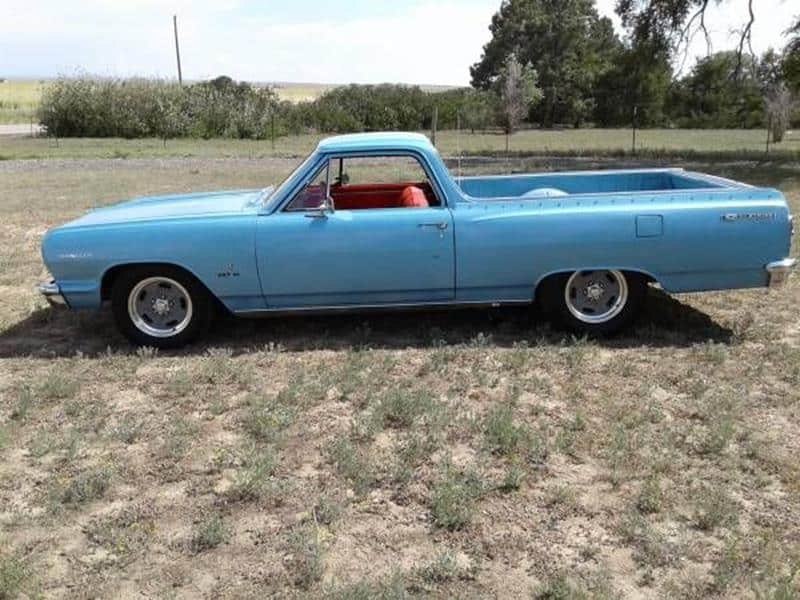 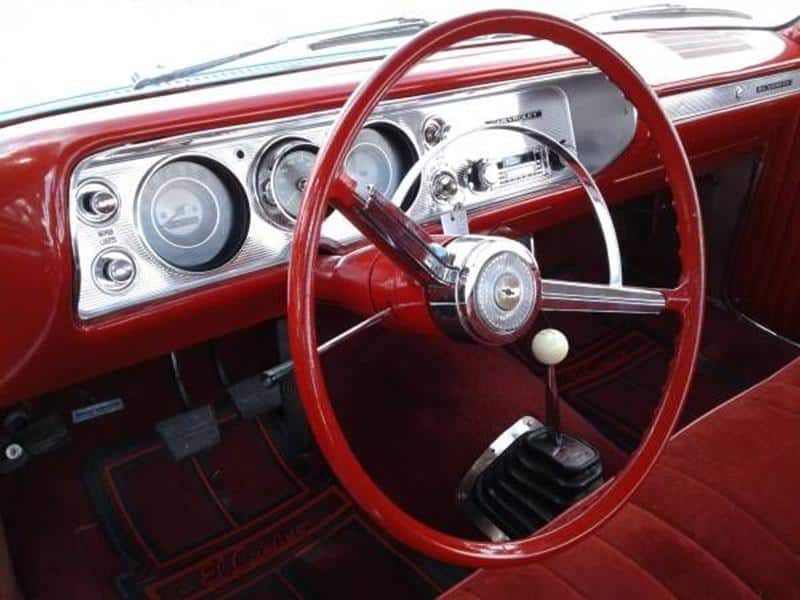