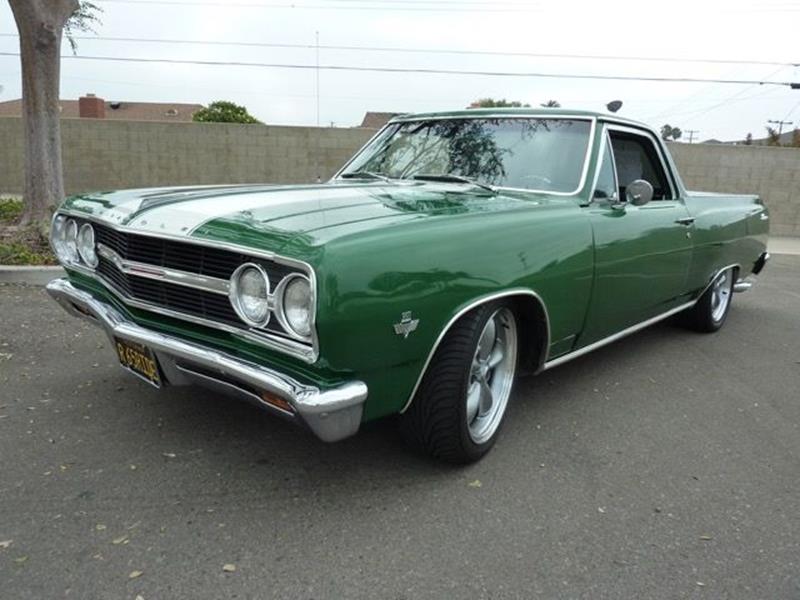 “Handsome as a car… Useful as a truck.” 1965 El Camino sales brochure

When Chevy introduced the second-generation of the El Camino in 1964 after a three-year hiatus, they found themselves with an immediate hit. The car sold particularly well in the Midwest, as drivers loved the ride of the car platform with the practicality of a truck. The El Camino was given some nice touchups in 1965 along with some additional engine options that made the car/truck hybrid even better. Increased sales for the year proved that Chevy had the right idea with the new El Camino.

The front end was altered with a new hood, grille and bumper, which gave the car a more distinguished look than the 1964 model that had been nearly completely flat. The rear of the truck was changed, as well, and this year featured single lens taillights and backup lamps were moved to the bumper. Otherwise, the body style and looks of the El Camino stayed very similar to what they had been the year before, other than the removal of the Chevelle emblems.

When the first El Camino was introduced in 1959, it was based on the full-size Chevrolet platform. When the car returned in 1964, it was smaller and based on the Chevelle platform (this echoed Ford’s shrinking of its car/truck, the Ranchero, when it began to be based on the Falcon platform). But the El Camino was so similar to the Chevelle in 1964 (with the exception of the truck bed, of course), that it carried both El Camino and Chevelle emblems. The latter was dropped this year as the hybrid moved even further toward being its own model.

Another significant difference for the 1965 models was the expanded engine options that were available, giving El Camino-buyers the opportunity to have a relatively powerful vehicle. The cars came standard with a 194 CID six-cylinder engine that could be upgraded to a 230 CID six. On the V8 side, the 2-barrel 283 CID engine that produced 195 horsepower returned, though the 4-barrel version of the engine that had been offered the previous year was no longer available.

But the 327 CID V8 that had been introduced midway through the previous year returned and boasted 250 horsepower, but the engine also came in two additional, more powerful models. The first produced 300 horsepower and at the top of the line, the engine was modified to be rated at 350 horsepower.

Though there was technically only one El Camino model in 1965, it could be customized in just about any way the driver wanted. Drivers who chose the Custom package got upgraded exterior and interior trim, and could also choose to add the sport trim, which was essentially an SS package in all but name. This package included bucket seats and Chevelle SS wheel covers.

The Ford Ranchero was the El Camino’s primary competition, and would be for most of its life. The Ranchero was slightly smaller, being based on the Falcon platform, though it would begin growing slightly the following year. Though Ranchero production was up slightly from the previous year just like the El Camino, it was still outsold by the El Camino by more than 15,000 units. Whatever worries Chevy had about competing with the Ranchero must have been slowly dissipating. 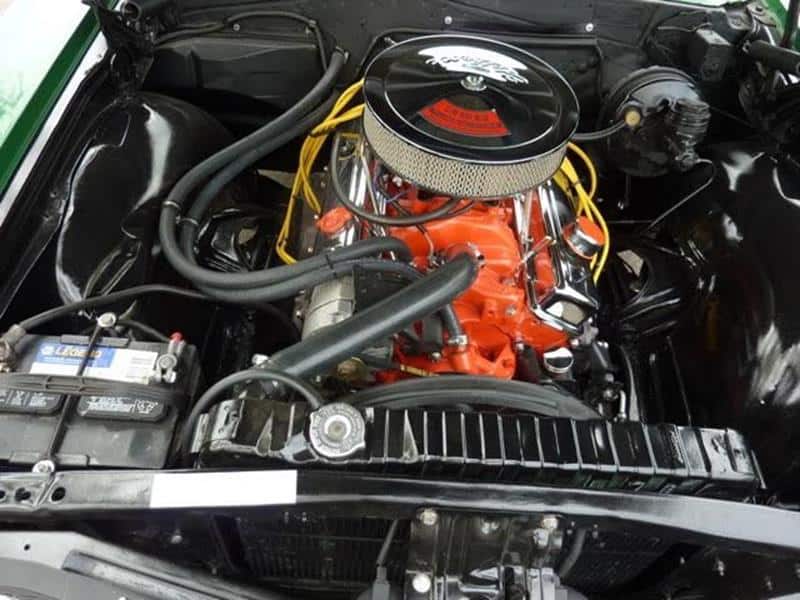 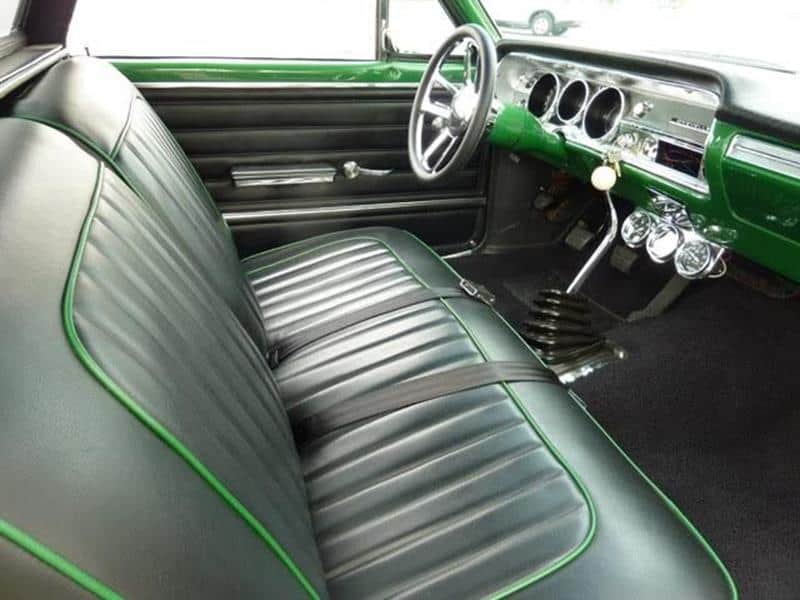 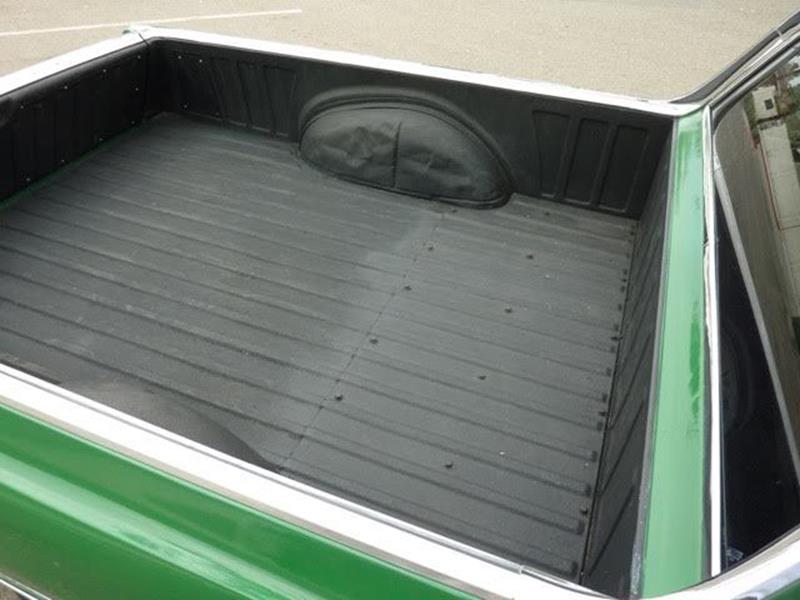 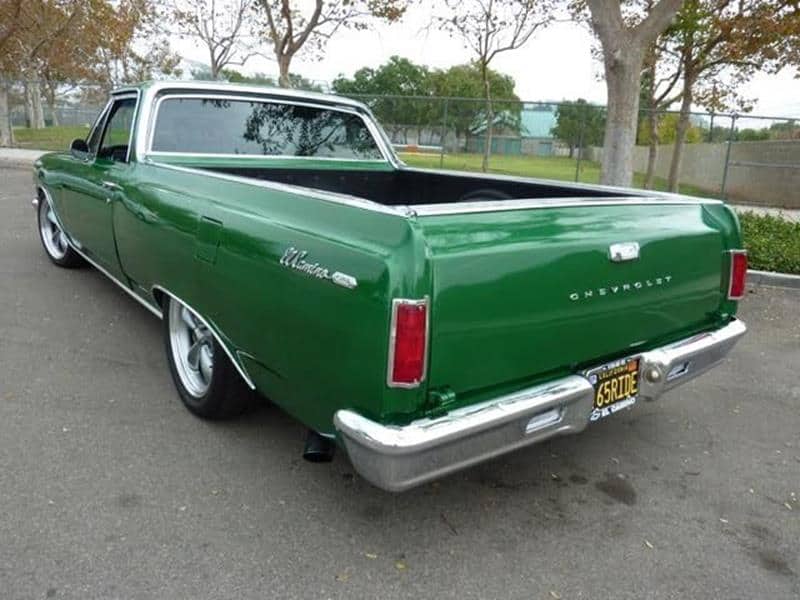 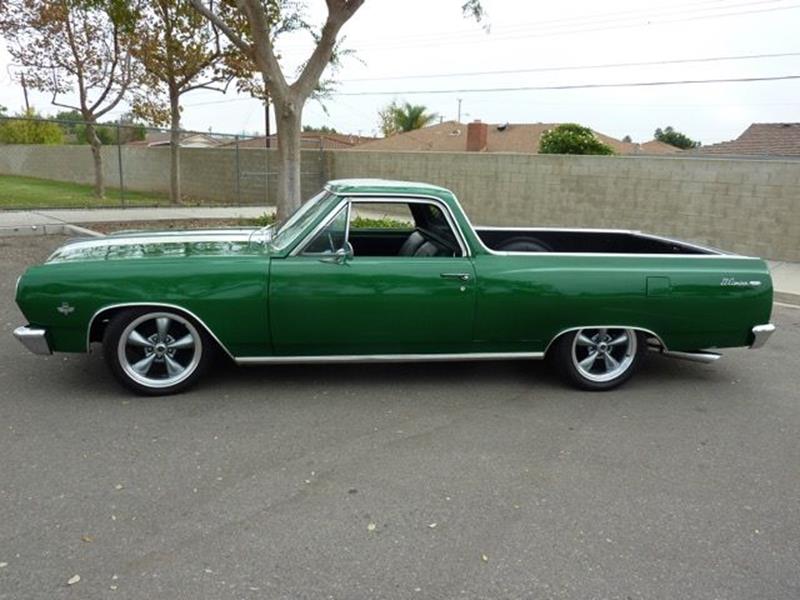