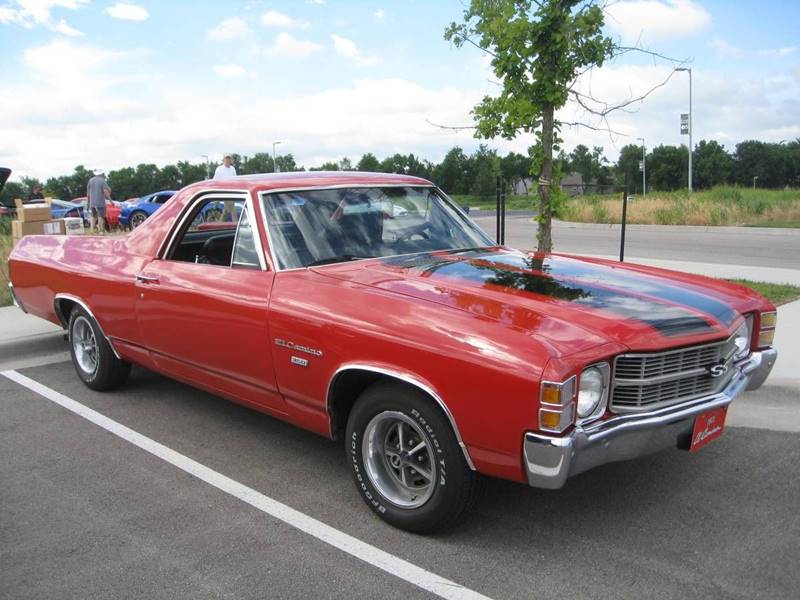 “The quarter-mile performance was frankly better than we’d expected with this new low-compression version of what had been a high-compression engine.” 1971 El Camino review in Drag Racing USA

When the second-generation El Camino was introduced in 1964, it was presented as a car-based pickup truck that would give the driver the practicality of a truck with the drivability of a car. But as the car grew throughout the mid-1960s, so did the performance options. By the time the 1970s rolled around, the El Camino was a full-fledged muscle car. And it could still be considered that in 1970 (when equipped with one of the top-performing V8s), but 1971 can be seen as the beginning of the end of the El Camino as a muscle car.

But this wasn’t just the doing of Chevy – the entire auto industry was headed this way at the time, and each subsequent year would find more and more government regulations to control emissions and safety. Additionally, insurance rates also were on the rise at the time and the first oil crisis was just a couple years off. With all of this added together, the era of the muscle car would be essentially killed off by 1975. Fortunately, the practicality that had brought the El Camino so many fans in the first place would keep the car popular throughout the coming years, regardless of what was happening under the hood.

And what was happening in 1971 was a detuning that left nearly all of El Camino’s engine options with less horsepower than they had had the previous year. In 1970, the 396 CID V8s that had been used for a few years were modified to 402 CID, though the name didn’t change. This year, there was only one version of that engine – it was renamed the Turbo Jet 400 and was rated at only 300 horsepower. Other V8 options were two versions of the 350 V8, one of which was rated at 245 horsepower and another rated at 270 horsepower. Buyers wanting a six-cylinder this year had to go with the 250 CID six that produced 145 horsepower. The previous year’s 230 CID six had been discontinued. The top engine option was a 454 CID V8 (a different 454 than had been available limitedly the previous year) that was rated at 365 horsepower.

Total production for the year was down to 41,606 from 47,707 the year before. Fortunately, this number would rise above the 50,000 mark for the first time in El Camino’s history the following year.

For almost the entirety of its history, there was only one model of the El Camino available, though Chevy made this fact attractive by providing a slew of different options. One popular option was the SS sports package that provided distinctive exterior trim and 15-inch wheels.

Though sales of the El Camino fell in 1971, so did sales of its direct competitor, Ford’s entry into the car/truck hybrid market, the Ranchero. Production totals of that car for the year was 18,905, which meant that El Camino once again outsold the Ranchero by a margin of more than two-to-one. Sales of the Ranchero, however, also would rebound slightly the following year with the reintroduction of its 500 model. 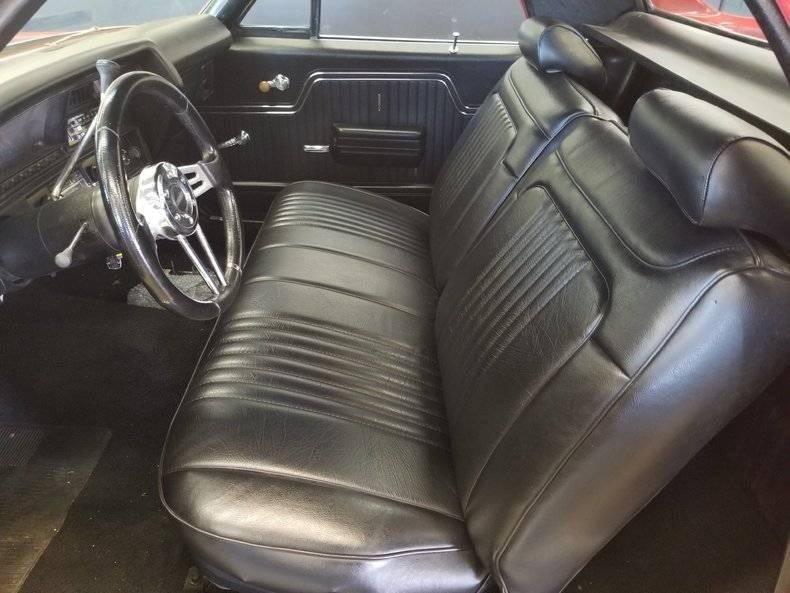 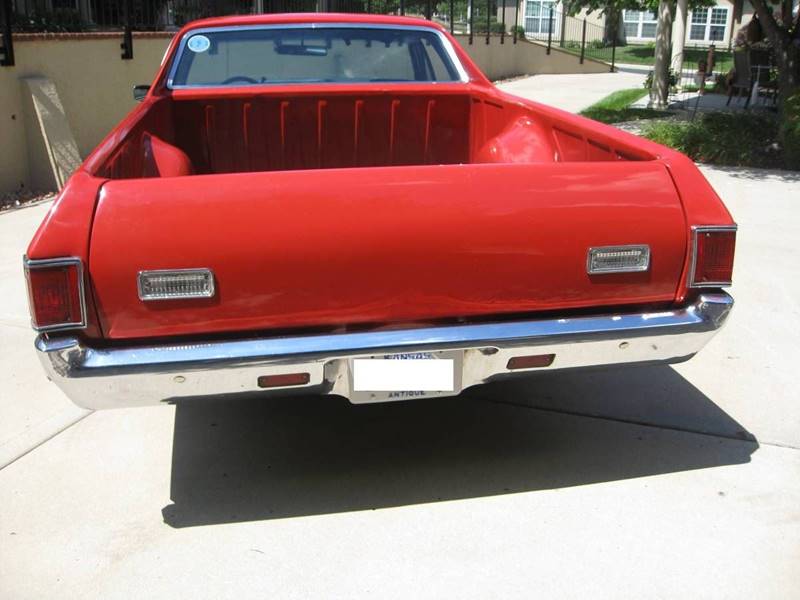 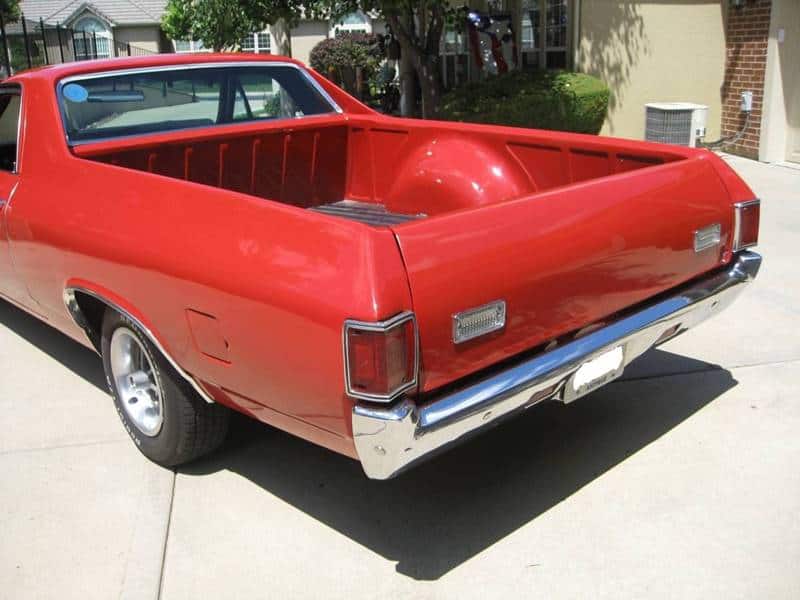 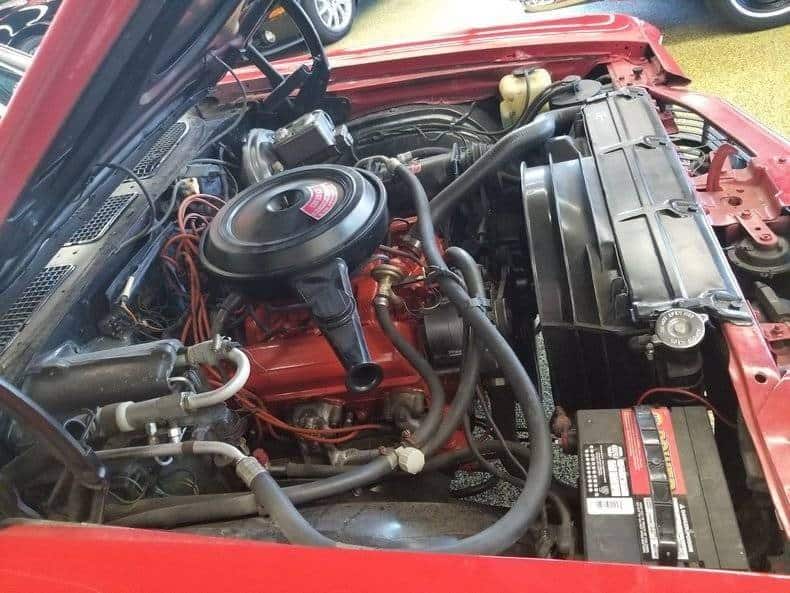 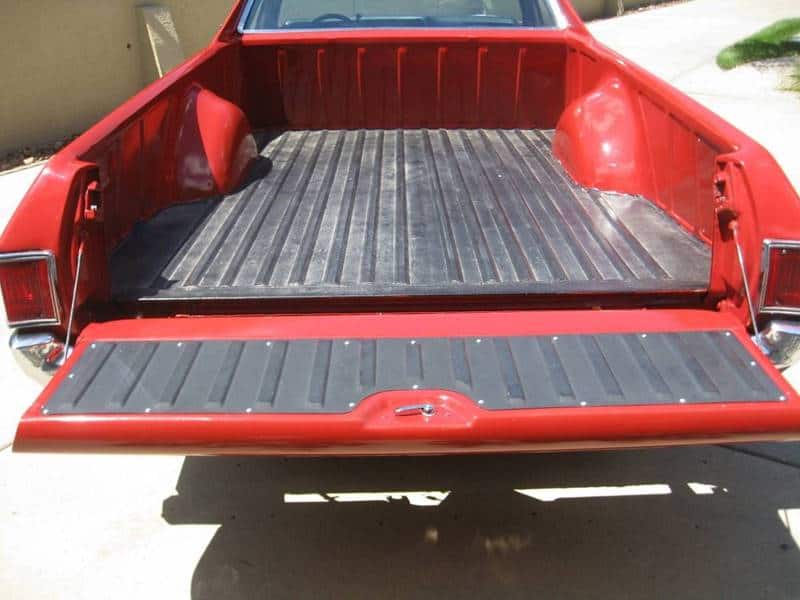