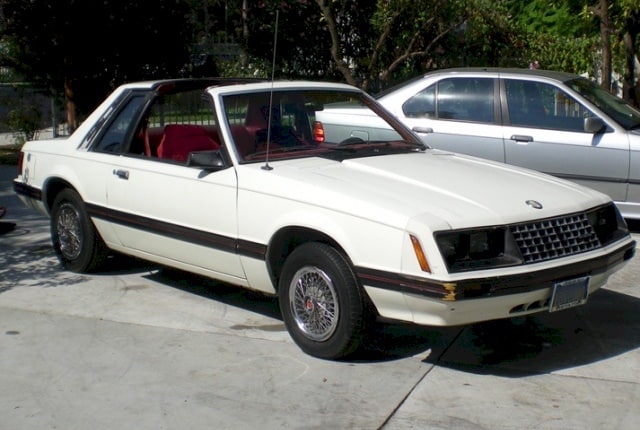 With the loss of the turbocharged four-cylinder engine options, the highest performance available in a 1981 Mustang was the 4.2 litre V8, which produced only around 117 horsepower. This was easily the least amount of maximum power ever available in a Mustang. Many Mustang enthusiasts saw the new traction lock as completely unneeded with the low power, though it has been somewhat of a desired feature with many placing more powerful engines into 1981 Mustang models these days.

The V8 engine available was the same V8 available in 1980 and some 1979 Mustangs, which replaced the well-known 4.9 litre V8 to provide more fuel savings. Also available was an inline six producing 94 horsepower, which had been available since mid-1979. The lack of performance in 1981 would be a short-lived phenomenon, as the famed Mustang 5.0 engine would be back the following year.

As far as styling goes, Ford was operating under the “if it ain’t broke, don’t fix it” model. Since both the 1979 and 1980 models had sold very well, almost nothing was changed. In fact, both exterior and interior color options were actually reduced, which was the opposite of the Mustang tradition of expanding many options when body styles and interior styles stay the same from year to year.

Total production was down nearly 200,000 from the nearly 400,000 units produced in 1979 to 182,552. While many factors contributed to this, including a struggling United States economy at the time, it probably didn’t help that the base price for all Mustangs was above $5,000 for the first time. In fact, the base coupe price was $5,980, and the rest of the base prices for the other three models were over $6,000.

1981 was the last year that the coupe was the most produced Mustang model. In fact, with a production of 77,458, only 59 more coupes were produced than the hatchback model. Last year’s Sport Option was still available to provide a slightly upgraded exterior trim look.

1981 would prove to be the last year of the Ghia as new models and option packages were introduced in 1982. But as it were, the Ghia was still the luxury model of the Mustang for 1981, offering an upgraded interior with dome lights and door pouches, as well as an upgraded exterior trim package.

With the highest base price of any Mustang model at $6,538, the Ghia hatchback model was not the lowest produced Mustang model as it had been for the previous two years. With a production total of 14,273, nearly 1,000 more hatchback Ghia models were produced than Ghia coupes.

In 1980, the Chevrolet Citation was the first compact car to become the best selling car in America. Ford’s own Escort, a front-wheel drive vehicle like the Citation, was introduced in 1981 and would go on to become the best selling car of 1982. Therefore, it’s clear that the early 1980s were the time of compact, fuel-efficient vehicles. The Mustang competed with these vehicles and others, but would go on the following year to re-introduce more powerful engines in addition to its more fuel-efficient options, in an attempt to please both those buyers wanting gas savings and those that desired performance. 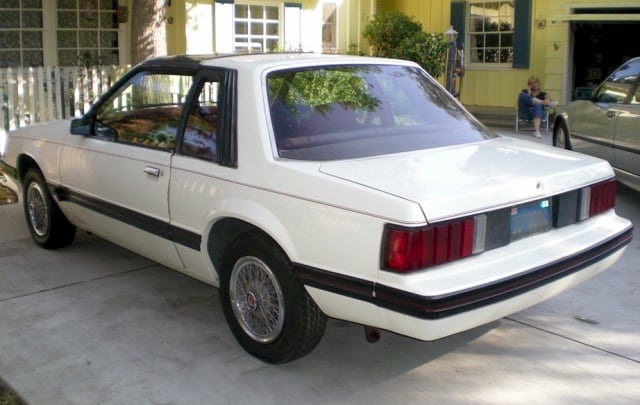 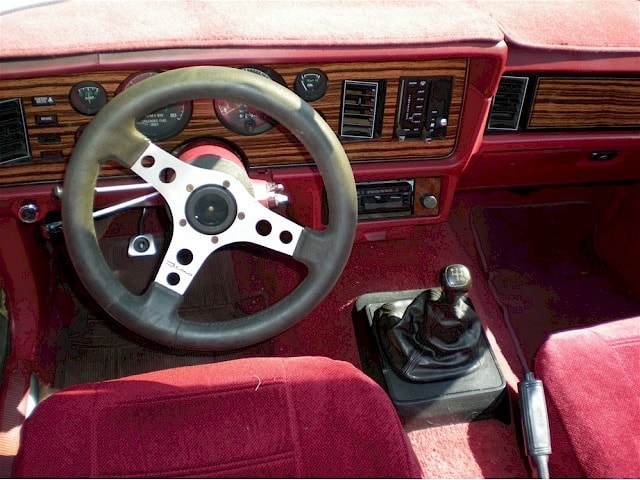