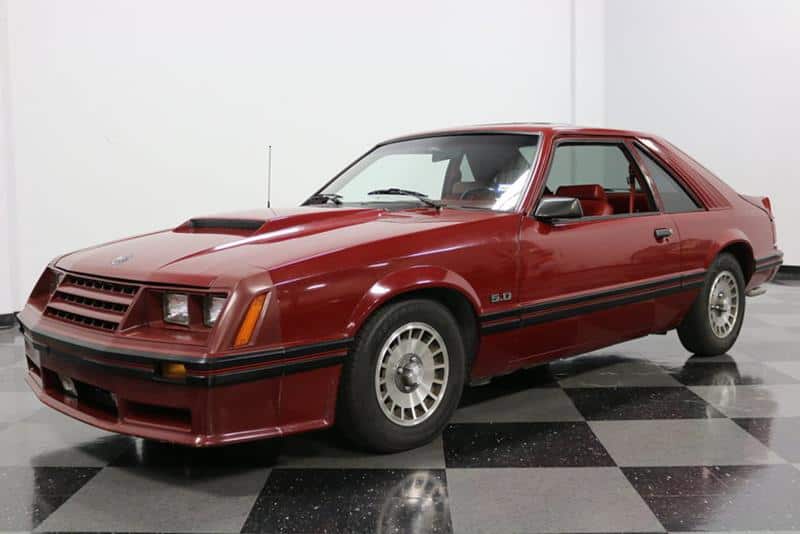 “Mustang covers you from simmer to sizzle.” 1982 Mustang sales brochure

Other than the new 5.0, the other Mustang engines were carried over from the year before. The base model was an 88 horsepower 2.3 litre four-cylinder, the six-cylinder was a 3.3 litre engine producing 94 horsepower and the 4.2 litre V8 version produced 117 horsepower. The 5.0 motor was available in any Mustang model.

Speaking of models, all the models were overhauled and given new names in 1982. Both the two-door coupe and the three-door hatchback were still available, but their options packages were given new names. The base model was simply known as the Mustang L and was only available as a coupe. The GL and GLX were available in both coupe and hatchback models, and the GT only was available on the hatchback. Obviously, this meant the demise of the Ghia and the Cobra (for now).

Continuing the trend that started after the high sales numbers of the 1979 Mustang redesign, total production was down again this year, this time to 130,418. Another notable trend is the continued rise in sales of the hatchback. Almost 30,000 more hatchbacks were produced than hatchbacks in 1982. Prices were up again, too, and no Mustang had a starting price under $6,000.

This base model was only available in the coupe model, perhaps in response to the declining sales of the coupe—it also offered the lowest price of any Mustang. Though the number of standard features for Mustangs had grown in recent years, this was still the most stripped down Mustang, and sold for $6,345.

Called the “intermediate Mustang” by Ford, the GL featured blackout trim, quarter window louvers and distinctive wheel covers. Inside, there was a sports steering wheel and low back bucket seats. For this model, as well as the GLX, leather was also available as an option.

Replacing the Ghia as the luxury Mustang, the exterior of the GLX was distinguished by color keyed accent stripes in the wraparound molding, pinstripes, and remote control mirrors. Inside, standard features were a luxury steering wheel and additional interior lighting. The GLX coupe’s base price was $6,980, while the hatchback totaled $7,101.

Bringing the GT label back, Mustang GT marked itself distinctly on the outside with the aforementioned air dam, as well as a rear spoiler and two horizontal bars across the front of the grille. The inside featured blackout trim, digital clock and warning lights. The GT model was the most expensive Mustang that year, with a price tag of $8,308.

Newly introduced to America in 1981, Ford’s own Escort had already become the best selling car of 1982. Following the lead of imports like Toyota Celica and Honda Accord, Ford made the Escort a front-wheel drive compact car. As had been indicated since the small Chevy Citation had the honor of best selling car in 1980, small cars were on the minds of Americans buying cars.

While the Mustang was competing in this class with its more fuel-efficient engines, Mustang purists point to 1982 as when Ford got back into the performance game with the 5.0 Mustang. 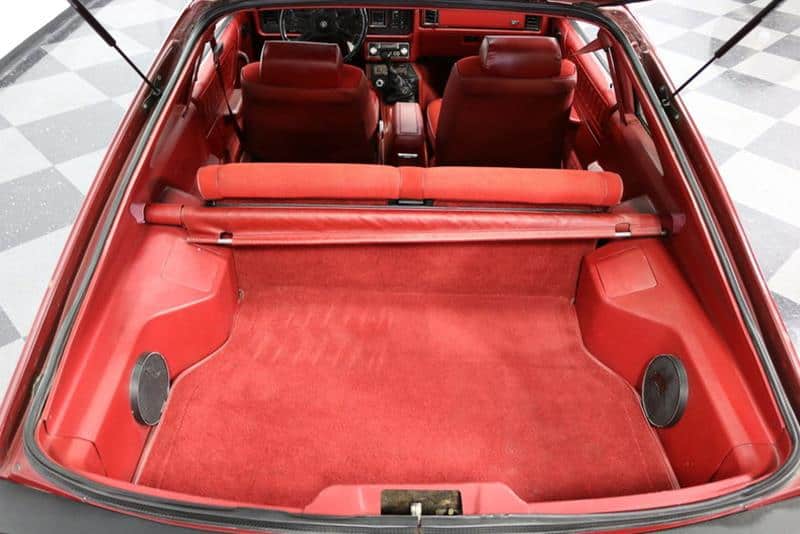 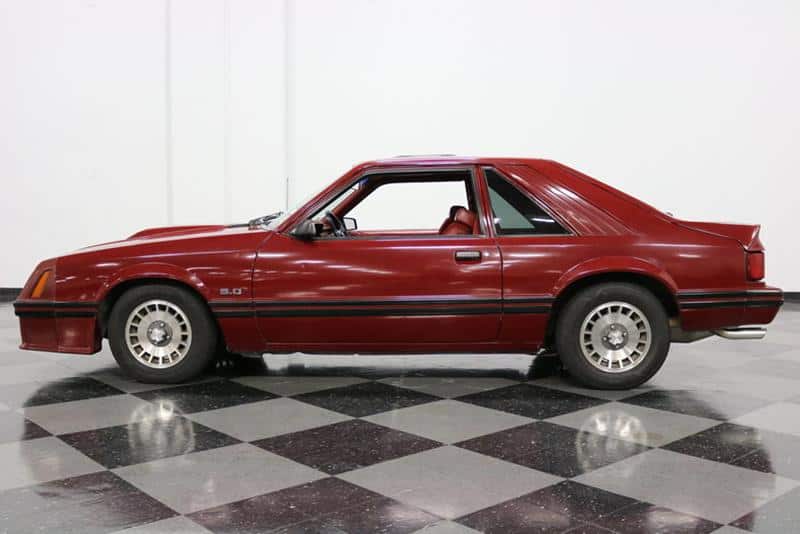 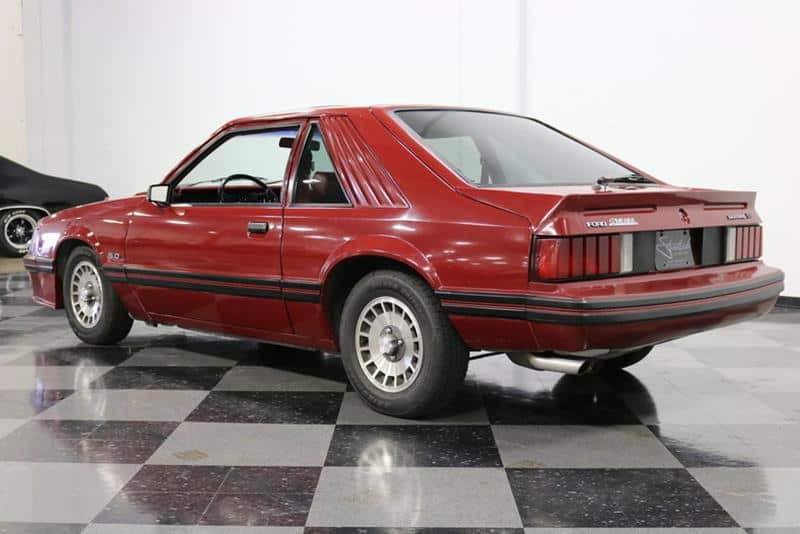 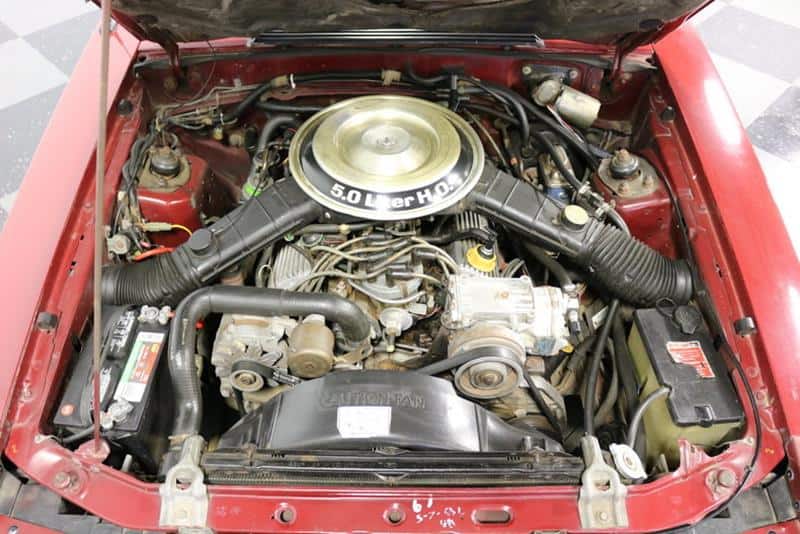 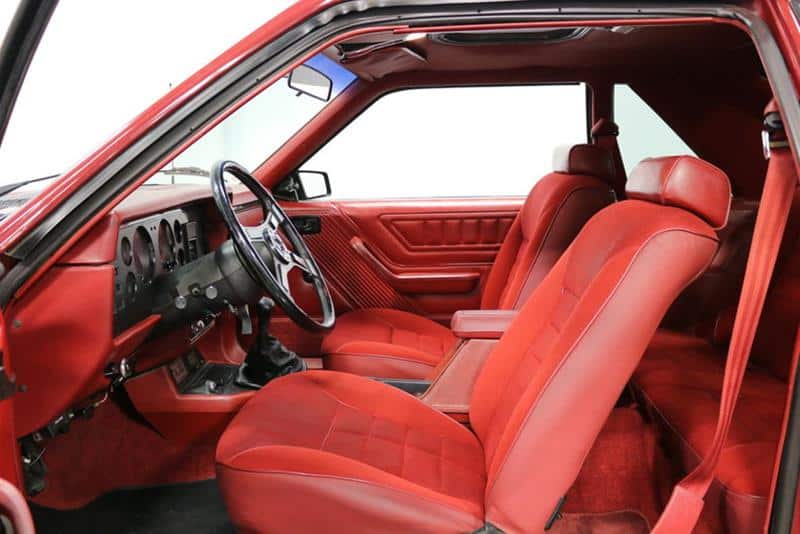