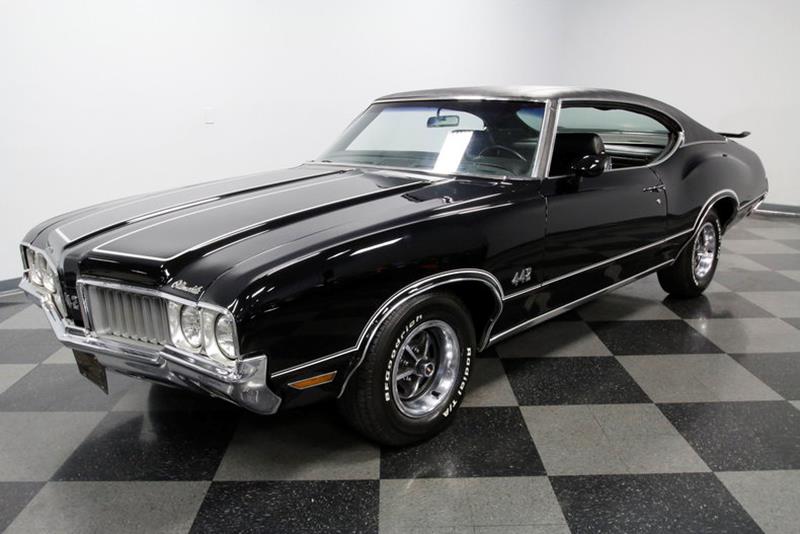 “Dr. Oldsmobile meets Elephant Engine Ernie and introduces as large a V-8 as ever bolted into a special-performance production automobile.” 1970 Oldsmobile sales brochure

The big news for 1970 was obviously the inclusion of the bigger and more powerful standard engine. The previously standard 400 CID V8 had been included in base 442 models since 1965, so this was the first time that the car saw significant power boosts on its base model.

The new engine came about because 1970 was the year that General Motors lifted its previous ban on engines greater than 400 CID being included in mid-sized cars. Of course, Oldsmobile had gotten around that rule with the special edition Hurst/Olds in 1968 and 1969, but now they could put the larger engines in every car.

Horsepower was increased by 15 with the inclusion of the new engine to 465. Though this was an improvement over the previous years’ standard engine, it was still 15 horsepower less than the Hurst/Olds had produced the previous year. Torque was up to 500 lbs./ft. for the year.

For those that needed more power, the W-30 Force Air Injection package was back, which bumped horsepower to 370 via a fiberglass hood with air scoops and an aluminum intake manifold. A rear spoiler was included in the package as well.

The Rallye 350 model not only came with the smaller 350 CID small block V8 that produced 310 horsepower, it also had an extremely unique look. The body was painted a bright Sebring yellow, but Oldsmobile didn’t stop there. Both the wheels and the bumpers were also the same color. Orange and black accents were added to the hood scoops and trunk-lid spoilers of the car.

By 1970, Oldsmobile was known for constantly tweaking the grille and front end of the 442, and the year was no different. The blacked-out grille that had been used the year before had been replaced with a grille that consisted of a number of bright vertical bars. Each taillight consisted of four lights instead of two, and were made a part of the rear bumper.

As it had been since it became its own model in 1968 as opposed to just an add-on package, the 442 was available as a pillared sports coupe, a hardtop coupe and a convertible. All of the models came with essentially the same standard features and options.

Like every muscle car at the time, 1970 was the height of performance for the car. The following year would bring the first round of stricter emissions standards from the government, and GM’s requirement that all cars be made to run on unleaded gas.

Sales of all muscle cars would rapidly decline after this, and most of the muscle car class would be discontinued or turned into different style cars by the end of the decade. Fortunately, Oldsmobile’s mix of performance and great handling and ride would be part of what helped it make it through the troubled times and into the next decade. Though it never sold as much as the other more popular muscle cars, it was (and is) always considered one of the best in the class. 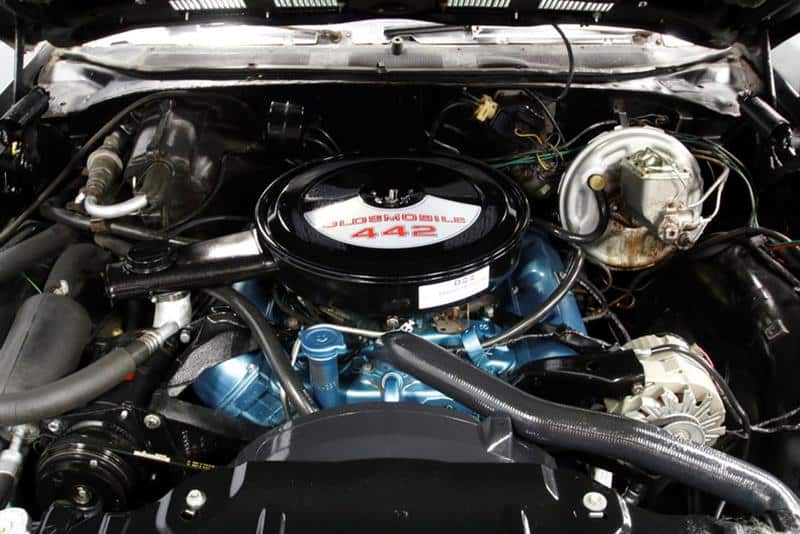 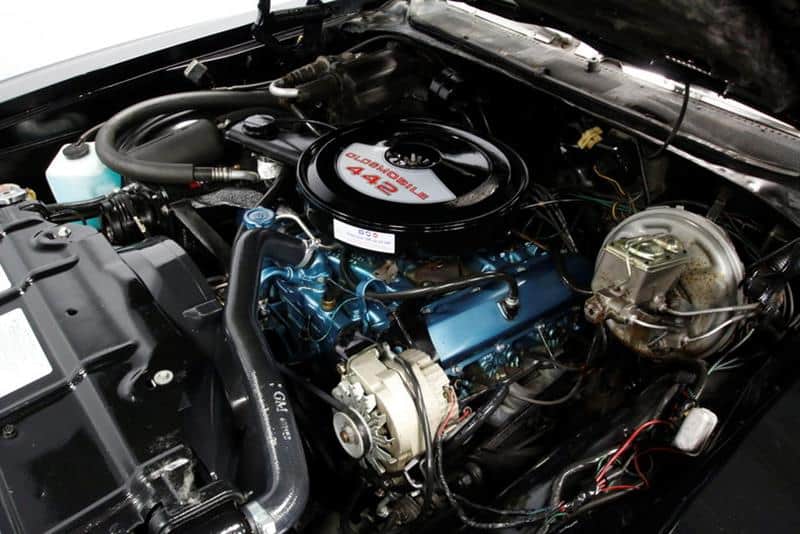 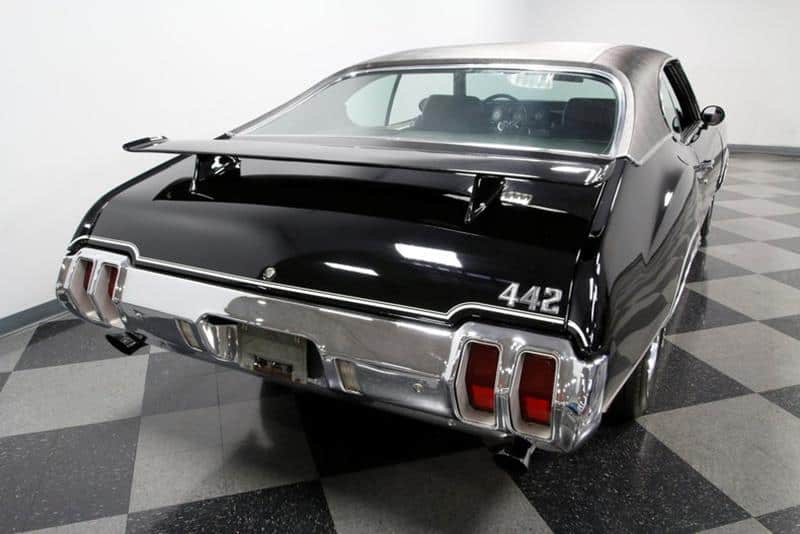 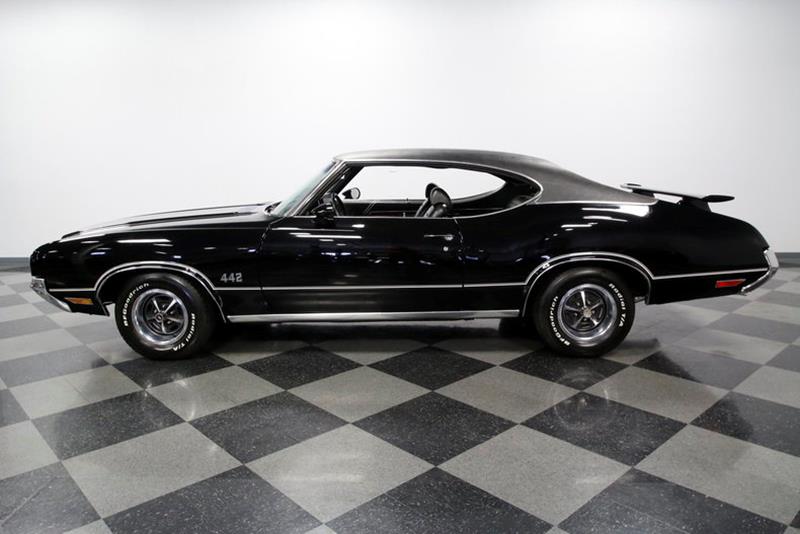 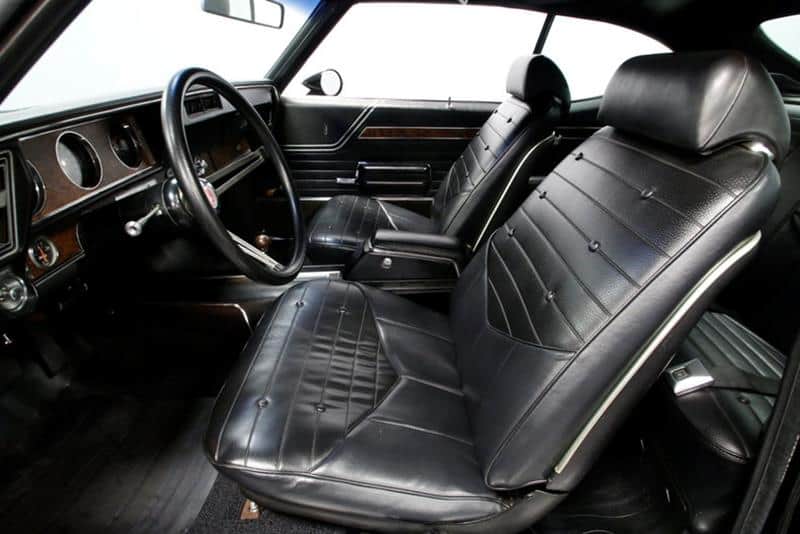