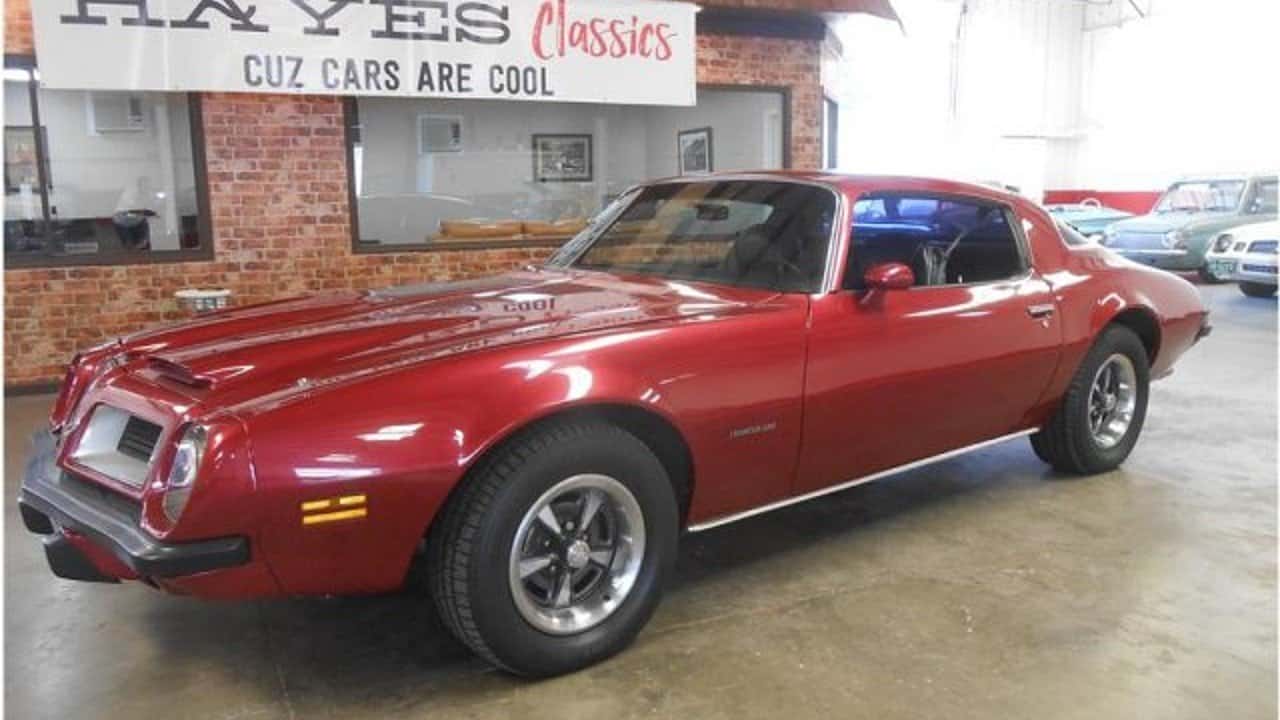 While the overall look of the Firebird stayed the same from the previous year, the minor updates helped this and subsequent models really stand out. The altered front end wasn’t as drastic as the wrap around window, which provided a sleek new look to the cars. More importantly, it dramatically increased visibility, which had been a major problem with the first of the second-generation models.

After the elimination of most of the pony car competition throughout the 1974 model year, Firebird was left to compete only with its GM sister Camaro. And since the Z28 model was discontinued for 1975, the Firebird Trans Am was easily the top performing pony car that year. This is despite the fact that, at the beginning the model year, the top performing engine was a 400 CID V8 that produced a mere 185 horsepower.

Pontiac had elected not to include a 455 CID V8 model as had previously been customary, likely in response to rising fuel prices. However, in the middle of the year they bent to consumer (and press) wishes and brought back a 455. However, this engine was simply taken from Pontiac’s Bonneville and was rated at a mere 200 horsepower. The top 455 engine in 1974 produced 290 horsepower.

Other engine options remained essentially the same as they had been the previous year. Base model Firebirds were equipped with a 250 CID six-cylinder rated at 100 horsepower, while the base V8 was a 350 CID motor rated at 155 horsepower.

The elimination of the pony car competition allowed Firebird sales to flourish. Total production was 84,063, up from 73,729 in 1974.

While the top selling Firebird had previously alternated between the base model and the Esprit, both of these were eclipsed in 1975 by the Trans Am, which would lead Firebird sales for the rest of the second-generation models. The base models came in second with a total production of 22,293.

Pontiac designed the Esprit as the luxury Firebird, and also gave it the 350 V8 standard. Total production for the year was 20,862.

Also including the 350 V8 standard, the Formula models featured an upgraded suspension that resulted in better handling. Buyers could also opt for the 400 CID engine, and production for the year was at 13,670.

As mentioned before, 1975 marked the first year the Trans Am was the best selling Firebird, but it certainly wouldn’t be the last. Total production was at 27,274, and this number would continue to climb tremendously throughout the end of the decade and into the 1980s.

By 1975, the Firebird and the Camaro were the only pony cars left. The Mustang had been converted into a compact car, while the Mercury Cougar went the opposite direction and was transformed into a mid-sized luxury car. All other pony cars – the AMC Javelin, Dodge Challenger and Plymouth Barracuda – were discontinued throughout the 1974 model year.

Because of the lack of competition, sales of the Firebird and Camaro would continue to blossom throughout the rest of the decade. Without the Z28, the Camaro’s top performance offering was 155 horsepower, making Firebird the most powerful pony car on the road. 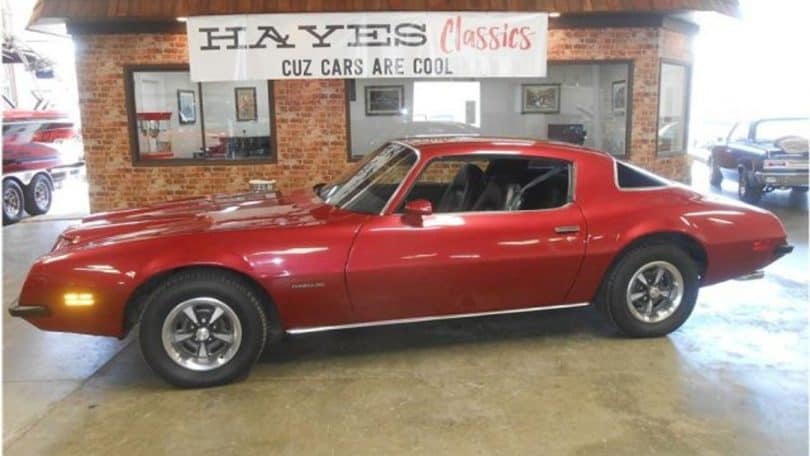 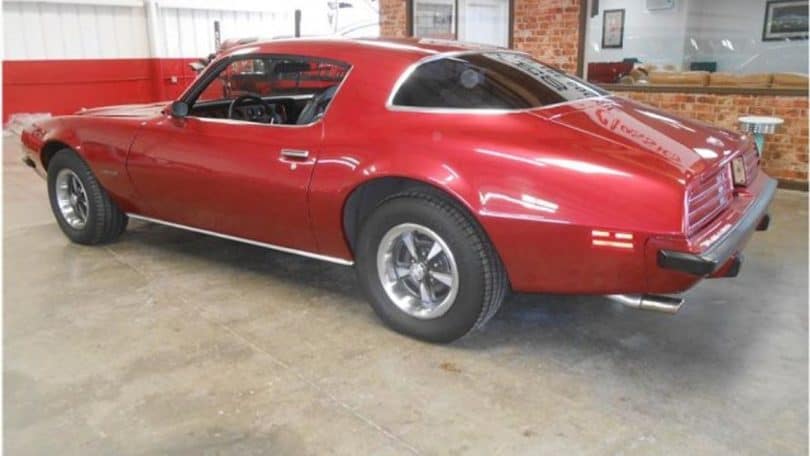 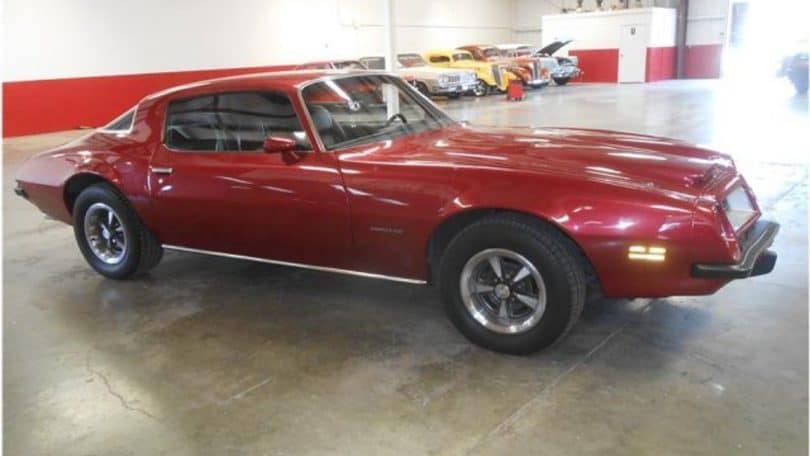 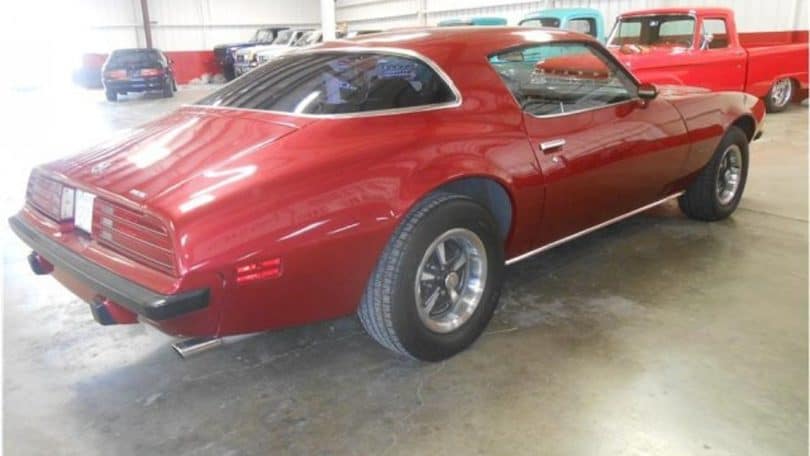 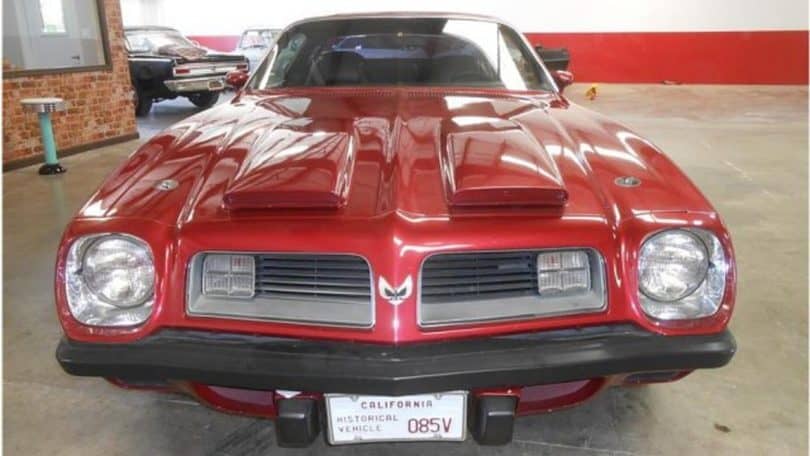 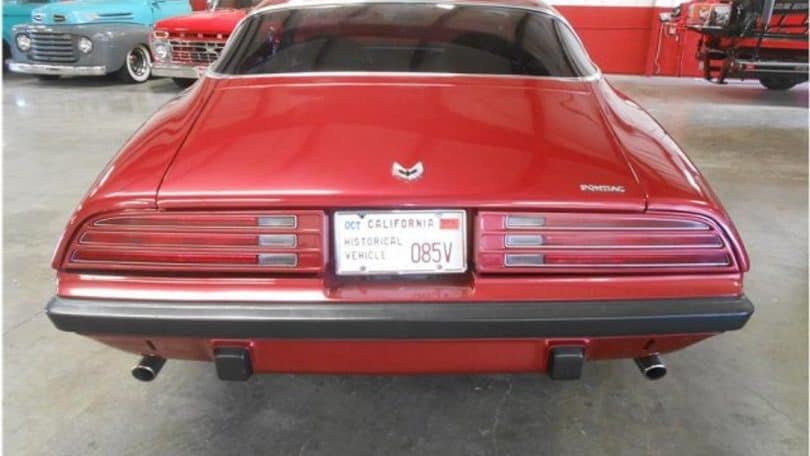 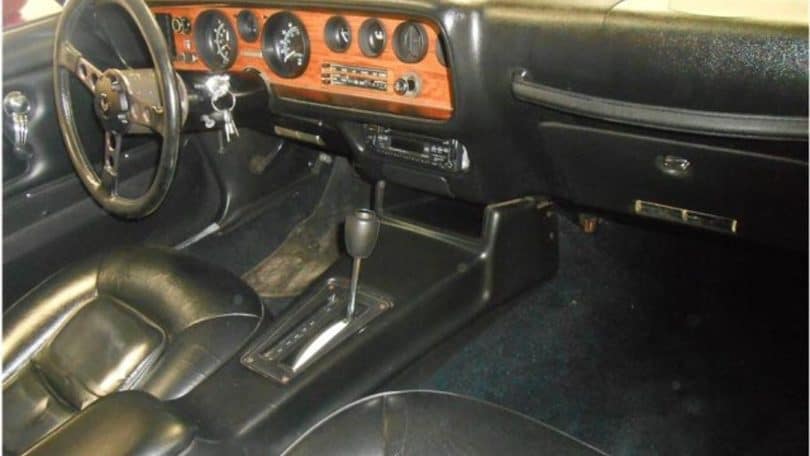 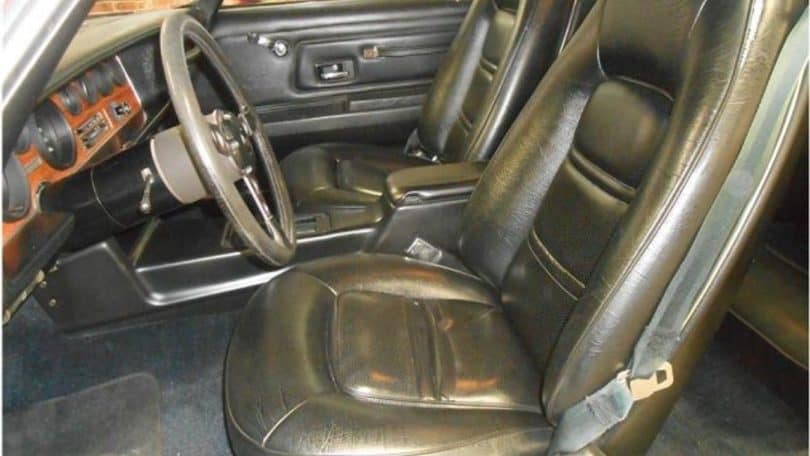 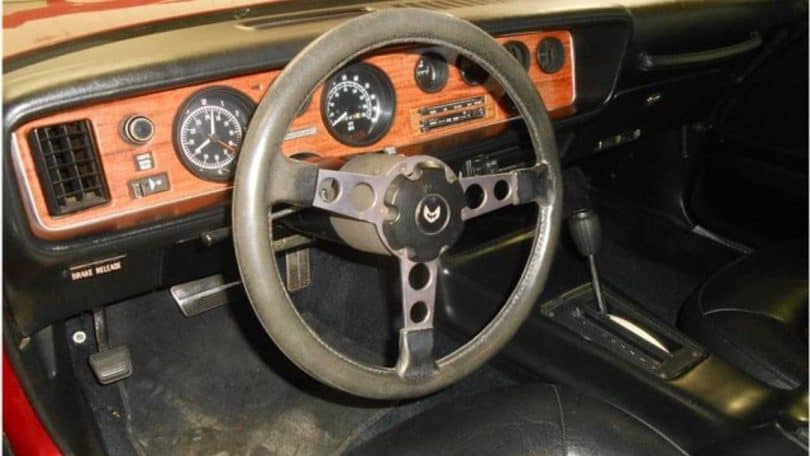 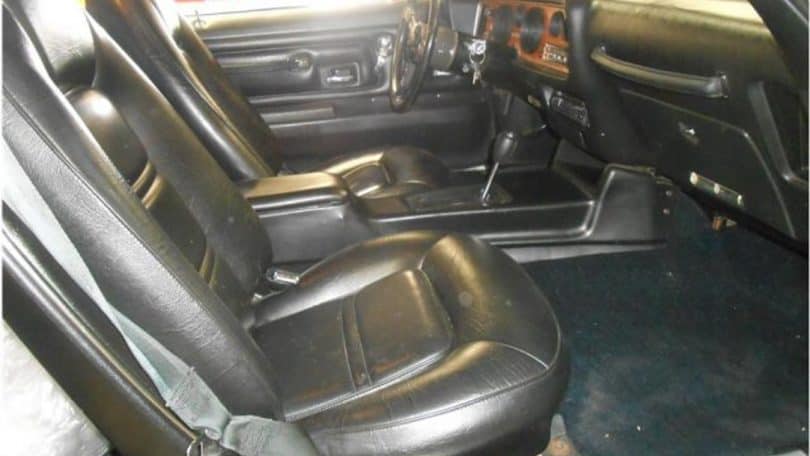 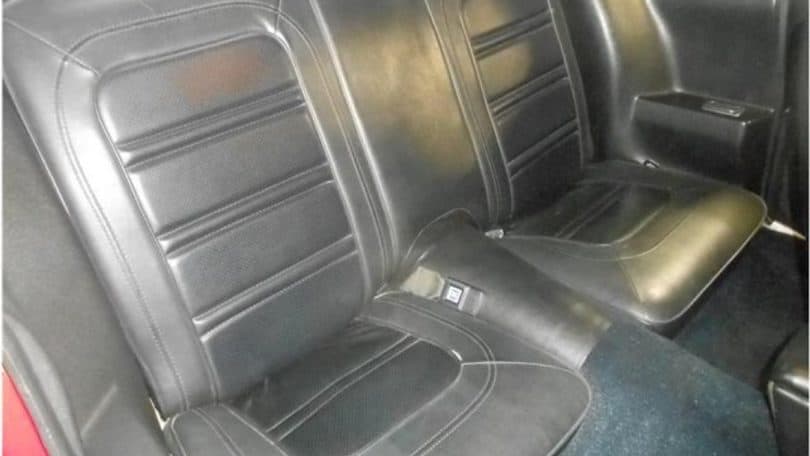 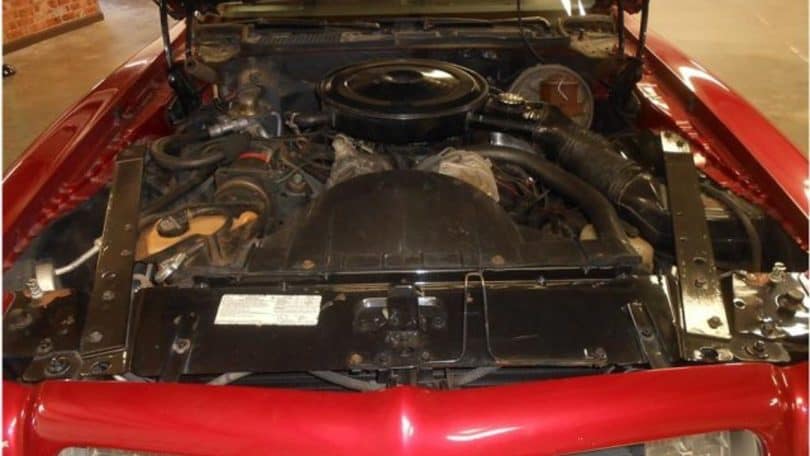 The 1975 Trans Am may not have been as quick as earlier muscle cars, but it was a sign of the times. Gas was expensive and insurance premiums were up. Though it’s easy to slam the car based on lower hp, when you look at the facts, it was actually a pretty competent performance package for 1975, both in handling and straight line performance. Performance was down across the board and this car actually did pretty well when compared to other cars of the day. There weren’t many (if any) regular production cars produced in 1975 that were quicker. The Mustang and Camaro were no match for a Trans Am, especially one equipped with the 455.

Contrary to a previous review, four wheel disc brakes were not available on the Trans Am until 1979.

Overall, a good looking, decent performing car for its day that can easily be upgraded with many aftermarket parts available today.

1975 was the first year without the superduty to save its performance and was not a good year for any car. The looks are flat, but not nearly as much as the performance. I mean it is sad! Eventhough the car is from 75, a Carolla could run with it.
Imagine a car with a big V8, lots of rumble, mean disposition, and no balls! Nothing. The 0-60 is almost 10sec on the 400ci. The Formula which I have expierenced are even worse. The 350 made around 140hp and the 0-60 dragged down to 13secs. Thats what the super duty did in the quarter, and slower than the Aveo.
The interior had nice enough looks for the time, but nothing to compare with anything after. Just nice enough. Now, I should say something nice. The Firebird did start the automatic performance car; or what was a performance car. I have seen many try to run quarter miles and look like fools. Although this car could get four wheel disc brakes, and a decent suspention. So it could handle ok, but not great.
This car is one that you can’t call a classic. A classic can endor time; this just shows its age.