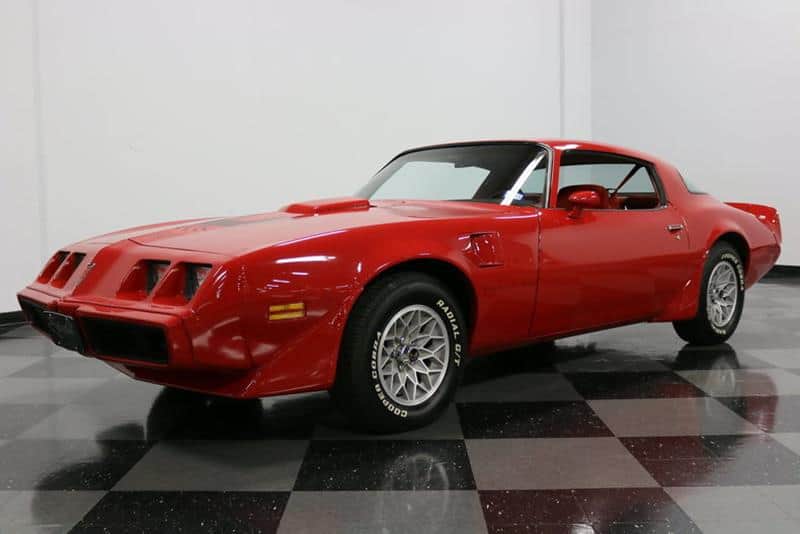 In the sales brochure for the 1981 Firebird, Burt Reynolds sits atop a black and gold Trans Am talking on a CB radio. Reynolds had driven a 1980 turbo charged Trans Am in the 1980 movie “Smokey and the Bandit II,” and had helped make the black and gold color scheme popular when he drove a 1977 model in the original movie. But “Smokey and the Bandit II” was not nearly as successful as the original movie, and the 1981 Firebird didn’t really compare with the 1977 model.

The 1981 Firebirds were essentially carbon copies of the 1980 models, and most critics now agree that this was not a good idea on the part of Pontiac. After the second oil crisis sent gas prices through the roof in 1979, Pontiac bet on a turbo charged, 4.9 litre V8 engine as the top performance model. But reviews of the motor were dismal, and would be eliminated the following year with the introduction of the third generation cars. In fact, it seemed like Pontiac was just biding time with the 1981 Firebirds until they could reveal the completely redesigned 1982 models.

Other engine options also remained the same in 1981 as they had been the previous year. The base engine was a 231 CID six-cylinder that produced 110 horsepower, and the base V8 was a 265 CID motor that was rated at 120 horsepower. A 305 (non-turbocharged) V8 was available that produced 150 horsepower. The engine lineup also would be completely overhauled the following year.

After seeing rising production throughout the late 1970s, Firebird sales dropped in 1980 and continued to fall in 1981. With total production at 70,899, production was at 38 percent of what it had been two years earlier. Fortunately, sales would pick up the following year with the introduction of the third-generation Firebirds.

As had been the case since the introduction of the second-generation Firebirds in 1970, there were four models available. The base model was the second best selling Firebird behind the Trans Am, and production was at 20,541 for the year.

Production of the Formula was at 5,927, and the shortened 1972 production year was the only year that less Formula models had been produced. The Formula model name would disappear in 1982, but would return to the Firebird lineup in 1987.

Though sales dropped, the Trans Am was still the top selling Firebird. Accounting for nearly half of all Trans Am production for the year, 33,493 were produced.

The only other real pony car on the road in 1981 was the Chevy Camaro, and its sales were down as well, though not as much as the Firebird – 126,139 were produced. But the decline for the Firebird was magnified because it not only had to deal with the outside forces of a failing economy and inflated gas prices, but also an inferior product. Fortunately, Pontiac went back to the drawing board and produced a successful new version of the Firebird the following year. 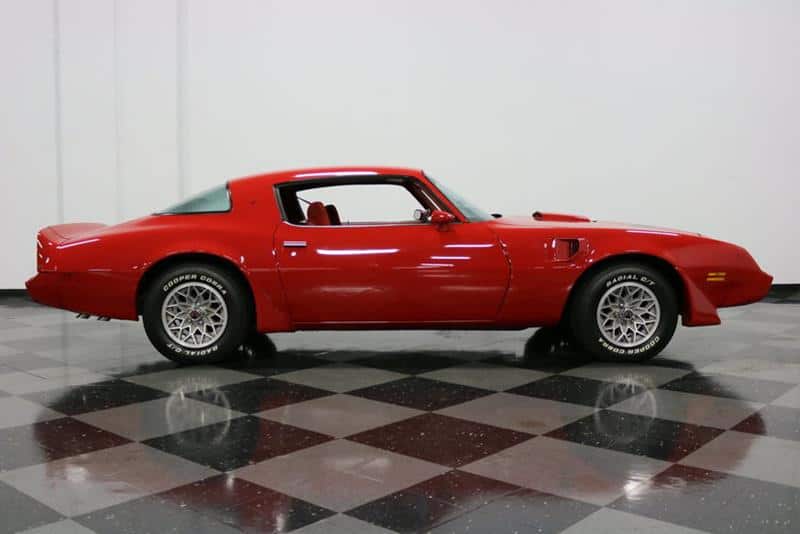 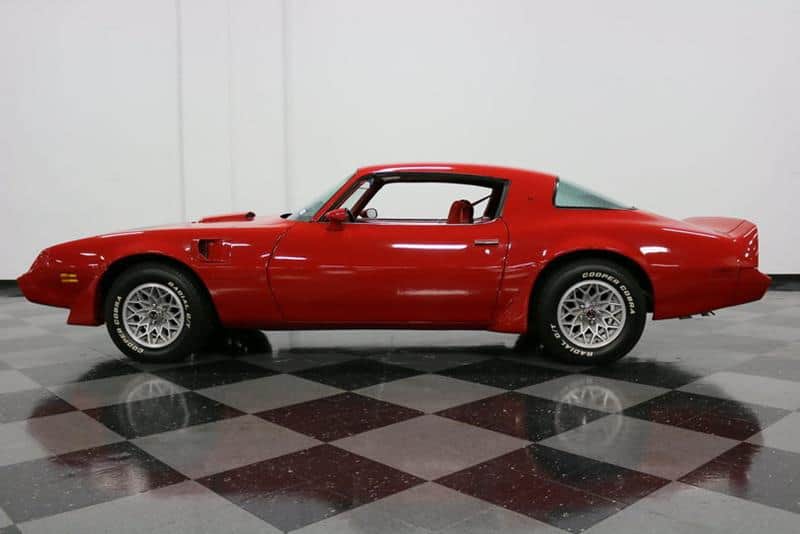 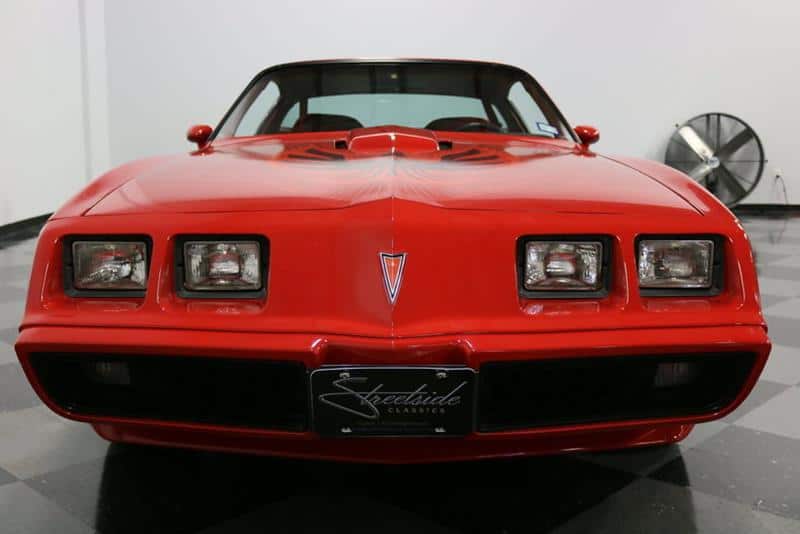 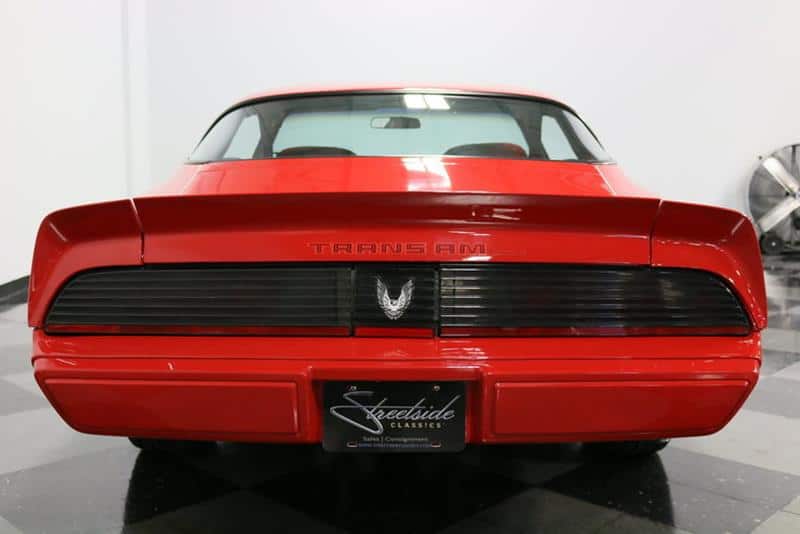 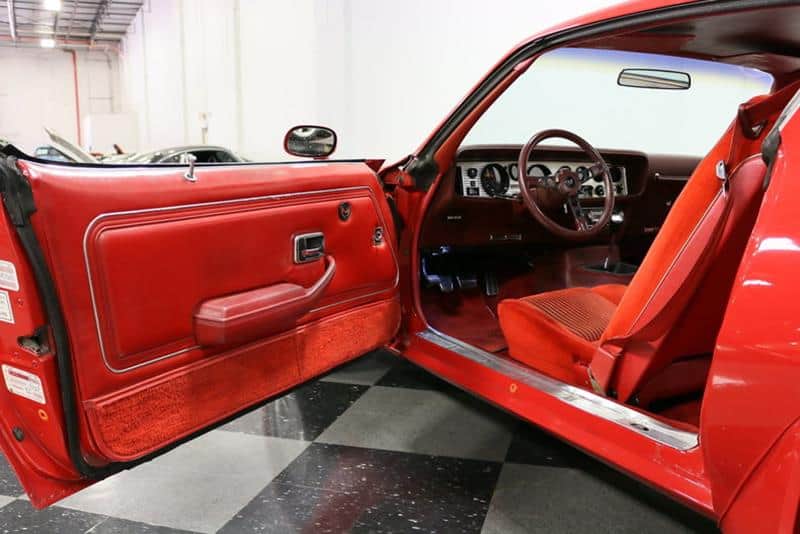 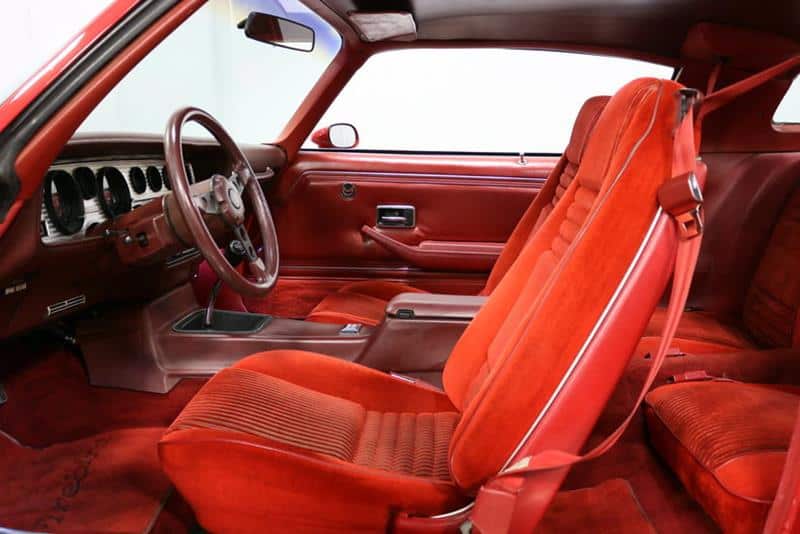 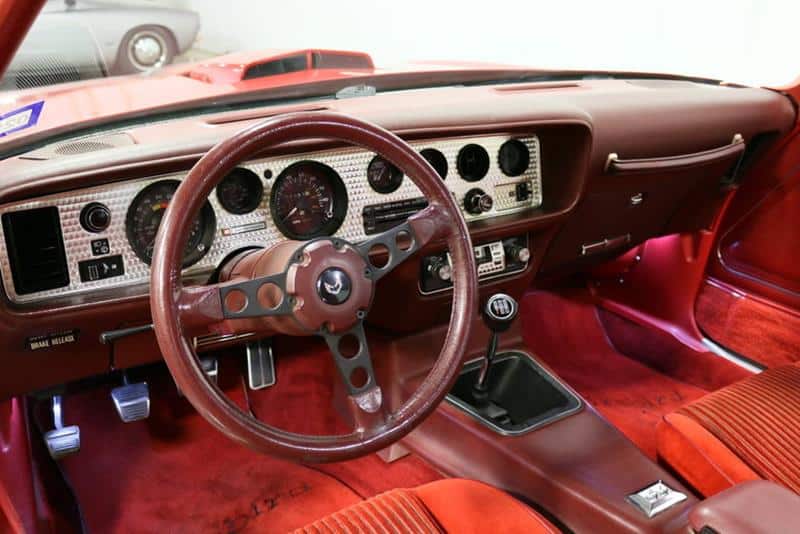 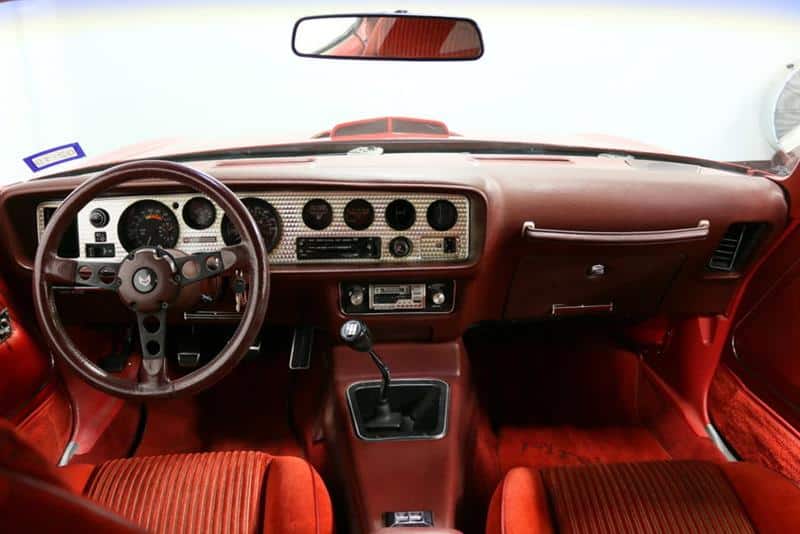 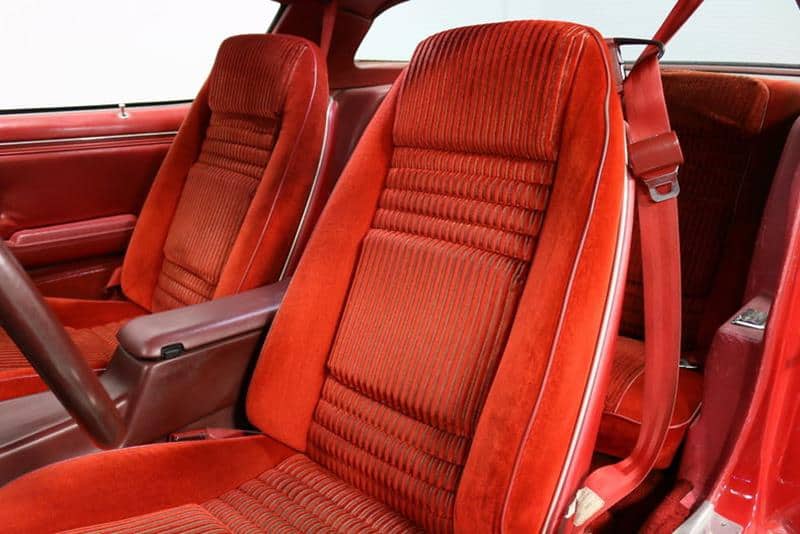 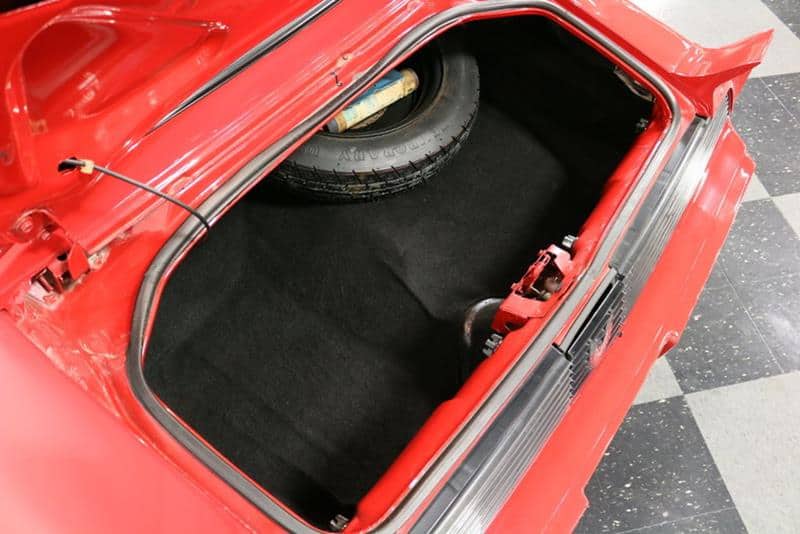 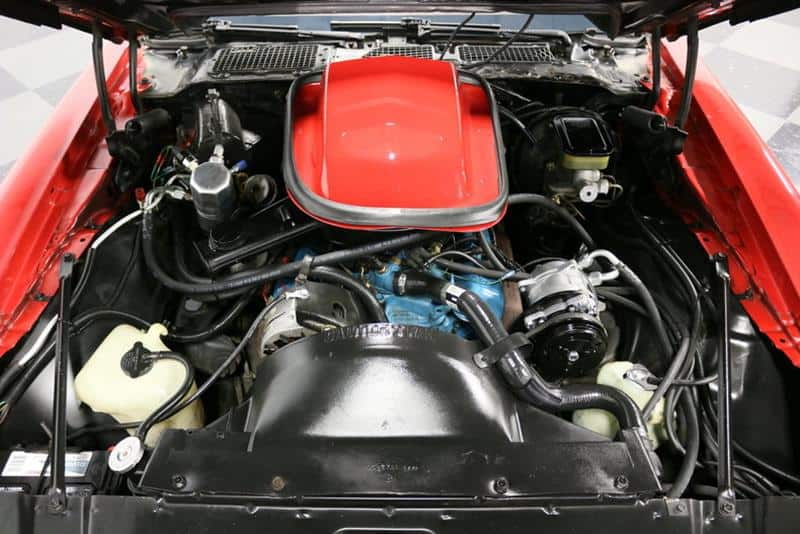 While many fear the last muscle car died in 1974 with the end of the SD 455 Trans Am and Formulas. Pontiac continued to dominate withg excitement, while admittedly more tame than that of the early 70’s.

Government regulations via the EPA and CAFE standards along with the shortage of oil made it all but imposible for any car maker to introduce any vehicle that was advertised as a muscle car. Yet Pontiac continued to do so very creatively and maintained the performance edge over it’s Chevy sibling and cousin the corvette. By 1981 the great corvette was lucky to produce 180 HP with the L82, a meager 155 HP was standard in the L48. The camaro didn’t fare much better than the vettes 180 HP and lacked significantly in it’s handling characteristics.

But the top dog, the Trans Am made one last hurrah with the Pontiac Firebird Trans Am Turbo. Modestly rated at 210 HP, NHRA rate’s this engine at 250+, the Trans Am Turbo bested them all including the mighty Ferrari 308. Not only did the Turbo TA outperform in a straight line, it also out maneuvered them all through the twisty’s and with ease.

It would take six more years for the domestic automakers to produce even a Mighty Corvette that could muster this kind of Horsepower to be able to perform as strongly and as well all around as the 1981 Turbo Trans Am.

It would take until the advent of the 1989 Turbo Trans Am powered by a Buick derived,but Pontiac engineering massaged 231 cu in V6 to surpass the Trans Am Turbo of 1981

Besides it was the last of the true Pontiac Engines and it not only went out in Pontiac Excitement Style being turbo charged, but it erily predicted the future of High Performance to come.