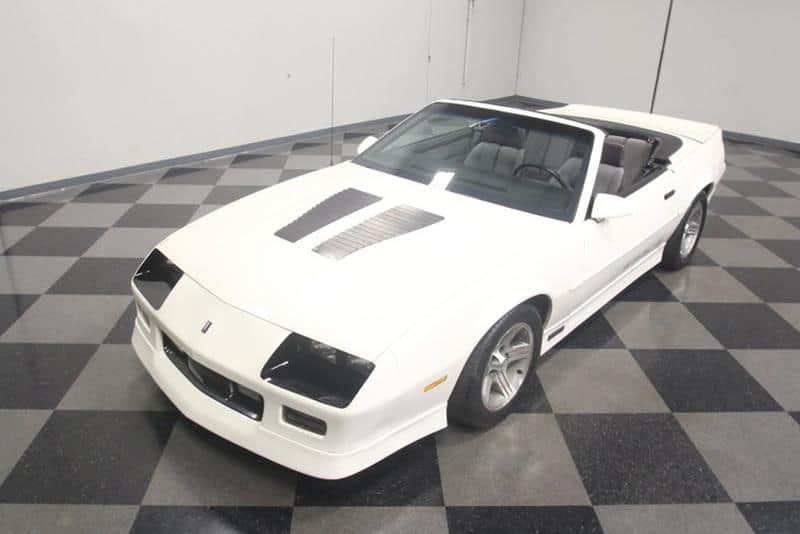 “There’s always been something special about the Chevy Camaro. And for 1990, the beat goes on.” 1990 Camaro magazine ad

While the 1990 Camaro models looked basically identical to their 1989 counterparts from the outside, there were quite a few changes being made on the interior and under the hood. In addition to the driver-side airbag, leather seating also was introduced as an option for the first time on a Camaro. Additionally, graphics on the instruments panel was switched to a yellow color and the controls were updated.

Though the new V6 motor was the only actual new addition to the lineup, most engines received slight tweaks from their previous models. The V8 option for the RS was still a 5.0 litre motor producing 170 horsepower, but the IROC now came standard with a Tuned Port Inject (TPI) V8 that produced 210 horsepower. Upgrading to the 5.7 litre TPI engine brought 245 horsepower, as opposed to the previous year’s 240.

Total production for 1990 Camaros was cut by more than a third from the previous year to 34,896, though this is not exactly a correct representation of interest in the year. Since IROC stands for International Race of Champions, a race Chevrolet had been sponsoring for years, they were able to use the name. In 1990, Dodge took over sponsorship of the event, and therefore no Camaro IROC models were produced after December 31, 1989. To compensate for this, the 1991 Camaros were introduced early. Though there were not many produced, a simple way to identify a 1990 Camaro is that it is the only model that has the airbag and updated instrument panel, but doesn’t have the scooped side valences that would be introduced the following year. Naturally, then, the 1990 IROCs are the only IROCs with the updated instrument panels.

Looking at the exterior, the RS doesn’t seem very different at all from the 1989 version, though the improvements inside would help inform the slight exteriror restyle coming for 1991. As usual, the RS (formerly the coupe) was the best-selling Camaro of the year, and had a total production run of 28,750 for the model year. Of those, 729 were convertibles.

As would be expected, production of the IROC was very low for the portion of the model year it was produced, and only 4,213 were made before the discontinuation of the model. Of these, 1,294 were convertibles. The IROC convertible this year came standard for the first time with 16-inch aluminum wheels as opposed to the 15-inch wheels that were standard on the non-convertible models.

Although Camaro and Firebird were the only two cars left that could truly be called pony cars, they were both continuing to produce low sales numbers compared to other sports cars. Not only did they have to compete with the new influx of import sports cars into the market, old rival the Mustang was selling relatively well to ring in the new decade, and had been outselling Camaro for a few years. Though the Mustang was still smaller than the Camaro, it had been adding power to its engine options throughout the 80s, and its signature 5.0 litre V8 proved exceptionally popular.

Camaro and Mustang would introduce their fourth-generation cars in 1993 and 1994, respectively. The changes made by Mustang would put both cars back into the pony car class once again, and more direct competition would follow. Until then, Camaro was content to move on with few changes. 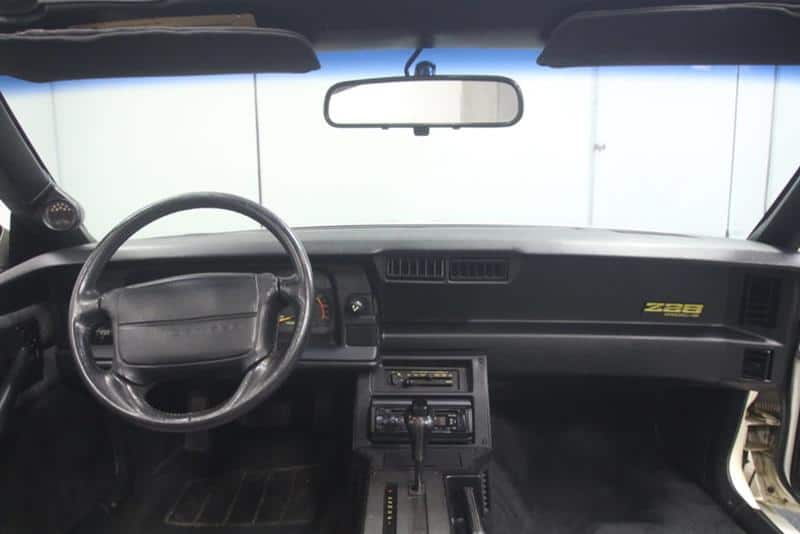 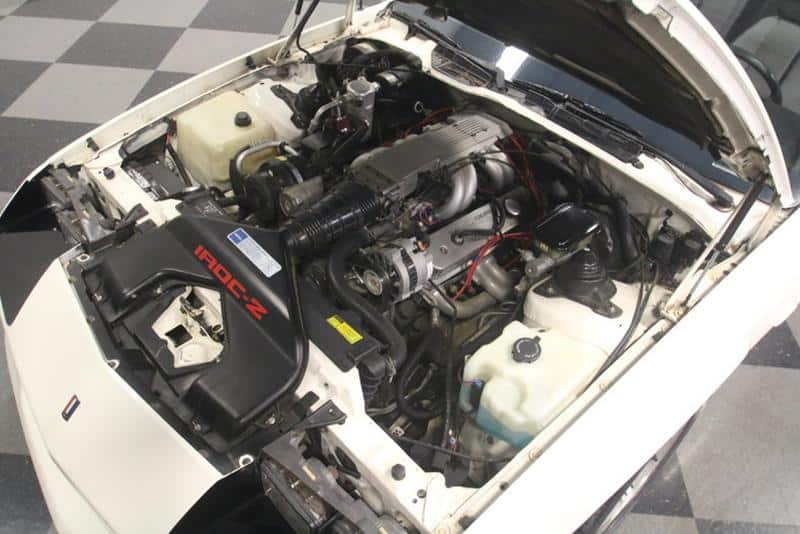 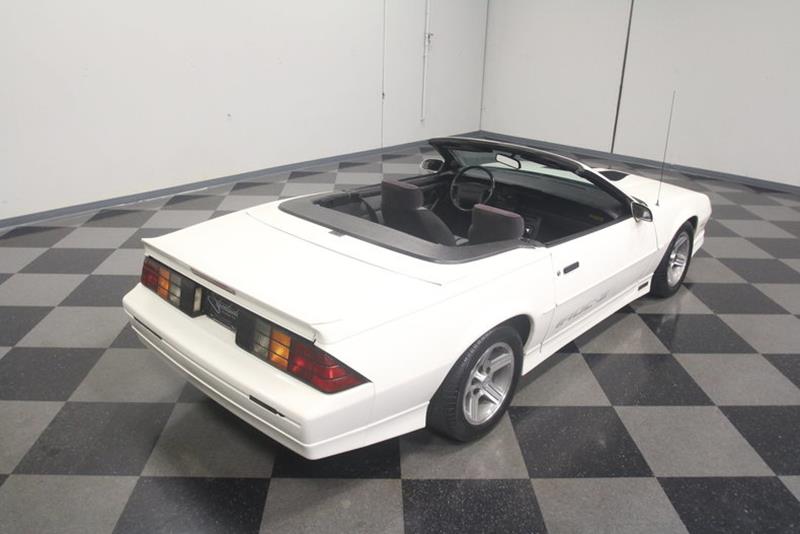 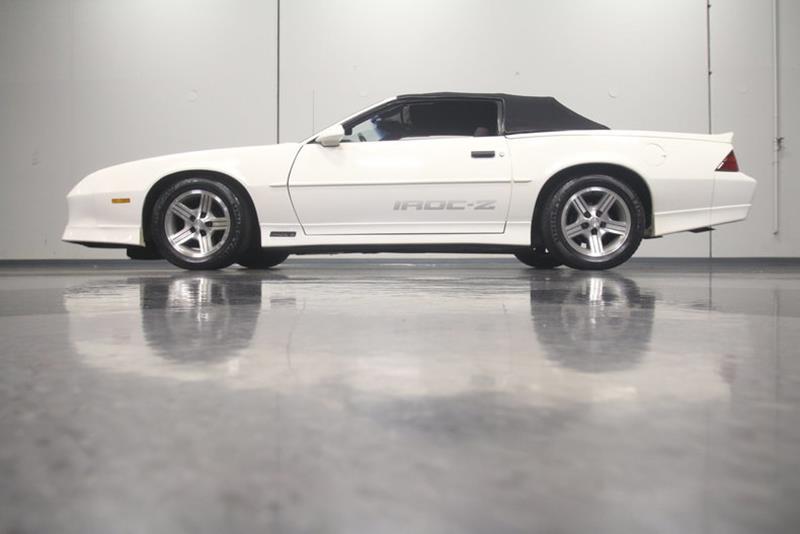 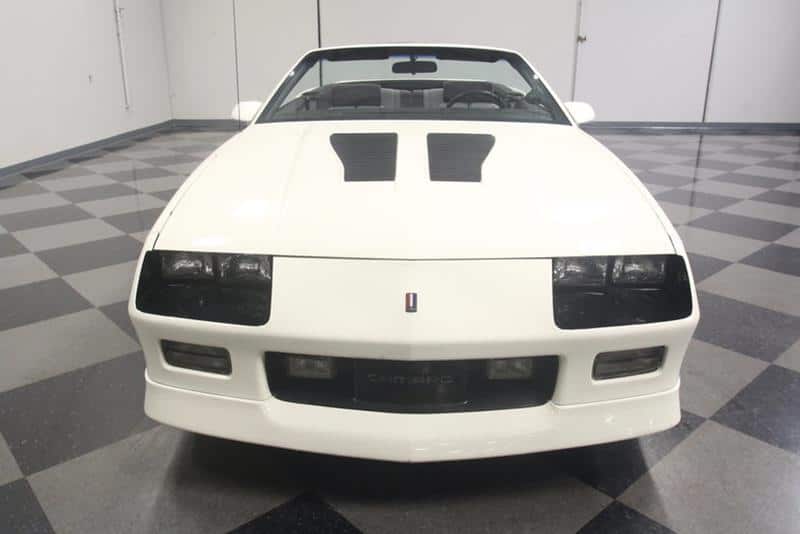 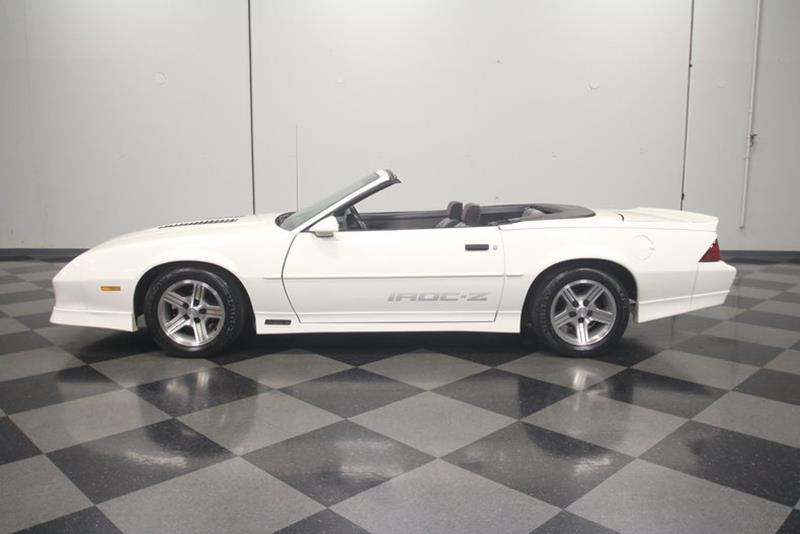