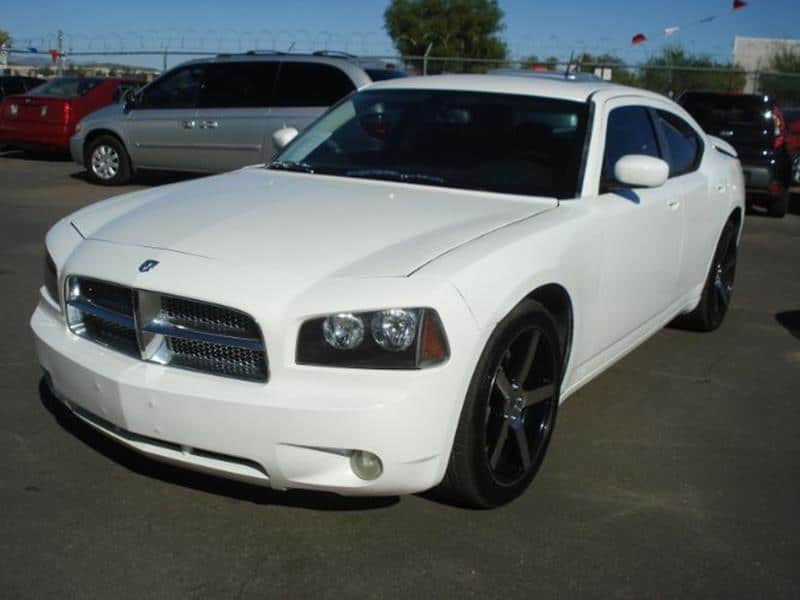 Since the Charger nameplate’s reintroduction in 2006, it had successfully filled the void in between a four-door family sedan and the performance car that Chargers were known to be when they were first introduced in 1966. Continually high sales numbers confirmed that the car-buying public liked the car that was part of a rare car class, and Dodge kept adding new amenities and updates to keep the car fresh while retaining everything that made it successful.

The substantial changes to the interior were the most notable of the updates for 2008. In addition to the new instrument panel which added chrome accents, most surfaces were made softer and more appealing than the hard plastic that had been there in previous models. New options included LED accents as well as the MyGIG infotainment system, which featured an optional navigation system.

The standard features on the newly christened SXT trim were exactly the same as they had been last year when it was an options package and included alloy wheels, a power driver seat and a 3.5 litre V6 engine that produced 250 horsepower. The base models SE included a 2.7 litre engine that was rated at 190 horsepower.

But where the SXT trim separated itself from its former options package was the options it offered that were not available on the base models. These included a sunroof, Bluetooth, a rear-seat DVD player, heated leather seats and automatic temperature control.

Including the two mentioned above, engine options stayed the same for 2008 as they had been for the car’s previous two years. A 5.7 litre Hemi came with the R/T package and produced 340 horsepower. Like all Chargers, it came with an automatic transmission that could be shifted manually. Unlike the other Charger engines, this motor would run as a four-cylinder when full power was not needed to save gas. And for those who needed even more power, the SRT8 came equipped with a 6.1 litre V8 Hemi that cranked out 425 horsepower.

While the SE was the base model, it didn’t skimp on standard features. Like all Chargers, it offered generous interior space that made it acceptable for moving families around, and also included tilt-telescoping steering column, power windows and doors, CD/MP3 audio and 17-inch wheels.

Of the many advantages to choosing the SXT option, the most important was the more powerful V6 engine. While the base model was just a little too weak for the substantial weight of the car, the power supplied by the upgraded V6 was plenty for Charger looking to save fuel but not be underpowered.

Other than the V8 power, the R/T trim was very similar to the SXT. It did, however, add dual exhaust and offered the R/T Popular Equipment Package, which included 18-inch allow wheels, an upgraded sound system and remote starting.

And then at the top of the line was the SRT8. In addition to the most powerful Hemi, the car was equipped with 20-inch wheels, a lowered suspension and more powerful brakes. As it was the previous year, a Super Bee Special Edition Package was available, which placed unique black graphics on a blue body color (2007’s Super Bees were yellow).

Charger wasn’t as flashy as the new, retro styled Challenger, which was introduced in 2008, but it offered room and comfort not found in that car or the other cars falling under the retro styling trend like Mustang. And this was what provided continued success for the new Charger, it appealed to both those needed a car to carry a family around town and those who wanted a muscle car like the Charger of the old days. 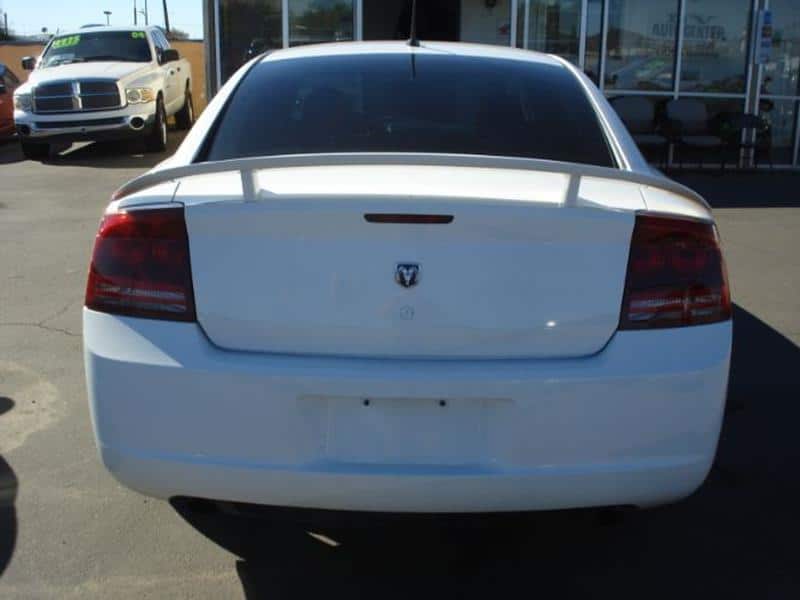 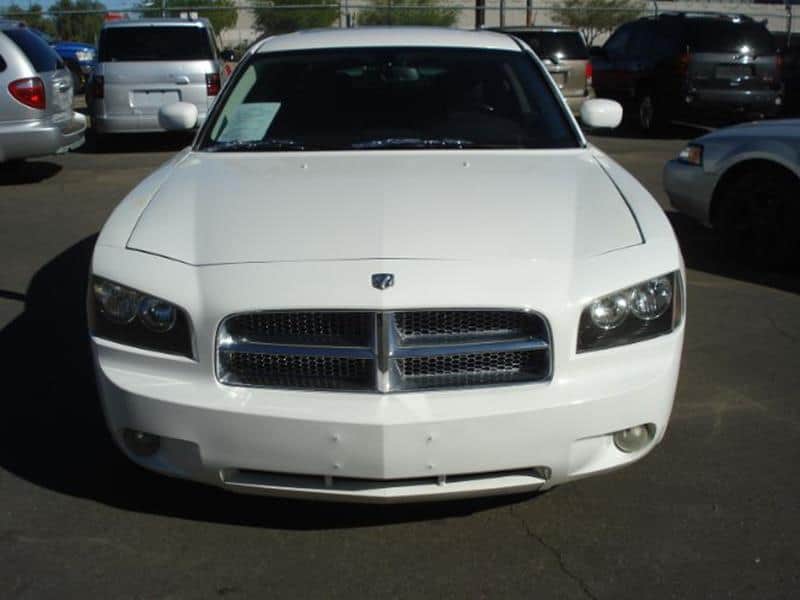 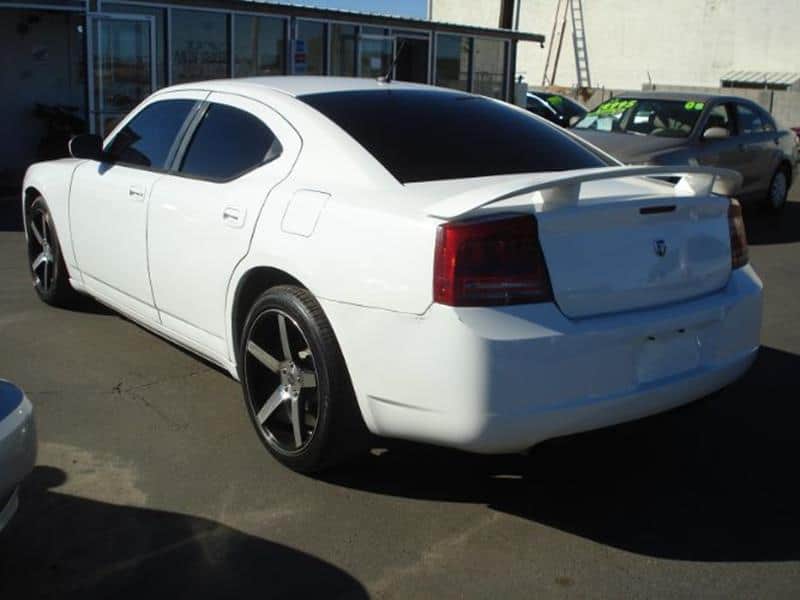 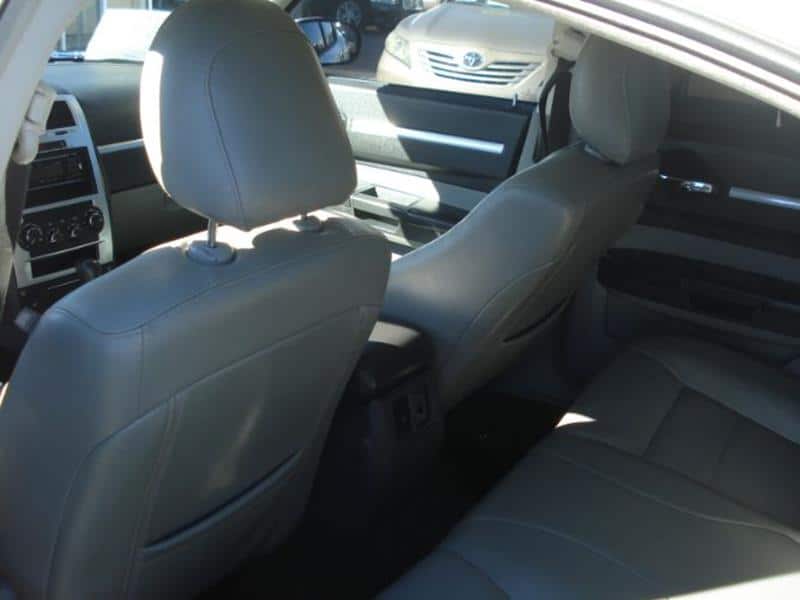