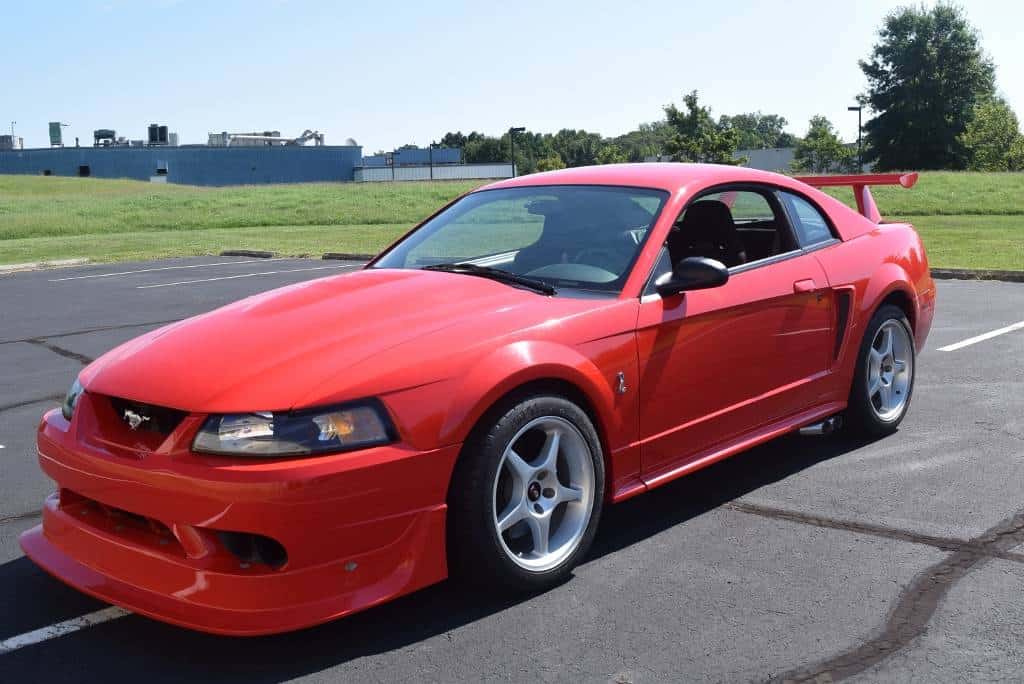 “Not many car companies can say they build a legend. Ours, of course, is Mustang.” 2000 Mustang sales brochure.

While little changed in the interior or exterior design of the Mustang from its restyle year in 1999, the lineup itself did undergo a few revisions. First was the aforementioned omission of the regular Cobra models. The lineup would be back for 2001, but the loss was softened by the Cobra engine option that remained available as an upgrade for the GT and produced 320 horsepower.

The new Cobra R was released as a limited run with 300 Cobra R’s reduced. Like previous incarnations of the model, the car was built as a racecar, and included Recaro racing bucket seats. Unlike the last Cobra R, which was produced in 1998, this year’s model didn’t require a National Hot Rod Association or Sports Car Club of America license to purchase one. In addition to producing 385 horsepower, the 5.4 L V8 also produced 385 foot pounds of torque.

Other engine options remained the same since the 1999 version. The base engine was a 3.8 litre V6 that had been producing a respectable 190 horsepower since the engine was modified from its 140 horsepower version in 1998. All GT models came standard with the 4.6 litre V8 that produced 260 horsepower. The still available Cobra 4.6 V8 was an all-aluminum dual overhead cam motor producing 320 horsepower.

Total production was up to 215,239, far better than the redesign of 1999, as the buying public began to respond to both the new design and the increased engine performance. Production for every model shot up, with the base coupe leading the pack by selling more than half of all Mustang models produced, with production at 122,026. Part of this large number likely can be attributed to the fact that the increased horsepower made the less expensive base model more appealing to buyers who may have chosen the GT in previous years.

The only notable exterior change in the GT’s styling was the addition of dual exhaust cutouts in the bumper. GT coupe production stood at 32,321 for the year, with the convertible GT totaling 20,224.

Only available in a coupe, the Cobra R distinguished itself from the GT with a functional rear wing, side-exhaust cutouts and a deep front air dam. The 300 buyers literally paid the price for all this, though, as the Cobra R’s totaled almost $55,000, more than twice the base price of a GT Mustang.

Mustang’s main domestic competition in 2000 was the Chevy Camaro and Pontiac Firebird, both of which already had rumors circulating about their demise because of consistently low sales numbers. The Camaro’s total production that year was only 45,417, which would seem like a great year compared to 2001 numbers. By the late 90s, Mustang was back in a car class with few competitors, as it had been when it was first introduced in the mid-1960s. The best selling cars in the country were midsized family sedans like the Ford Taurus, Honda Accord and Toyota Camry, and SUVs were continuing to post increasing sales numbers every year. The Mustang really had brought back the pony car category with the fourth-generation, and it was nearly peerless in that group. 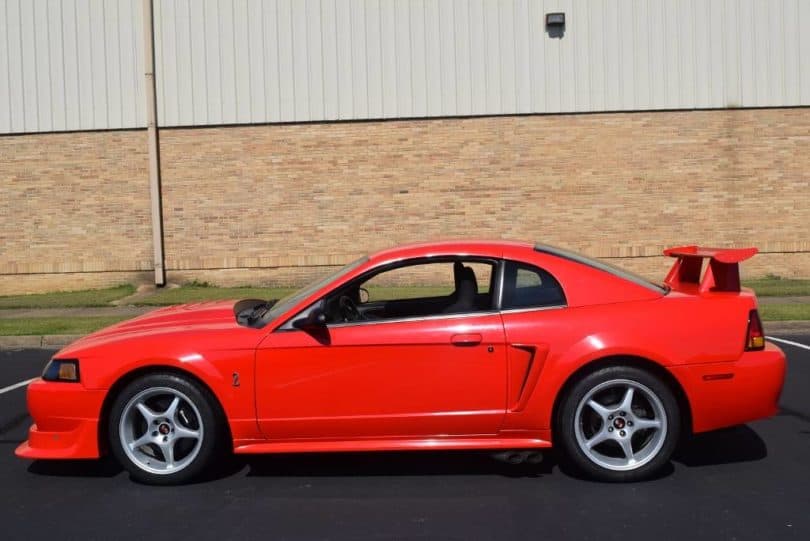 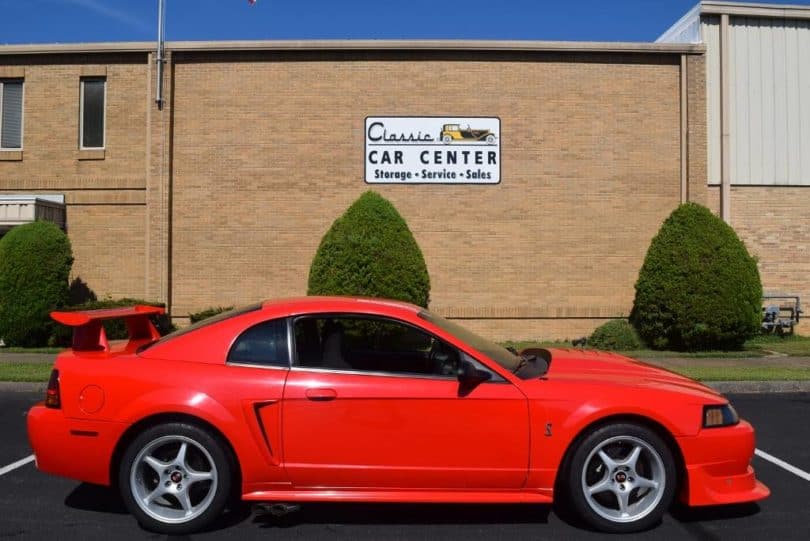 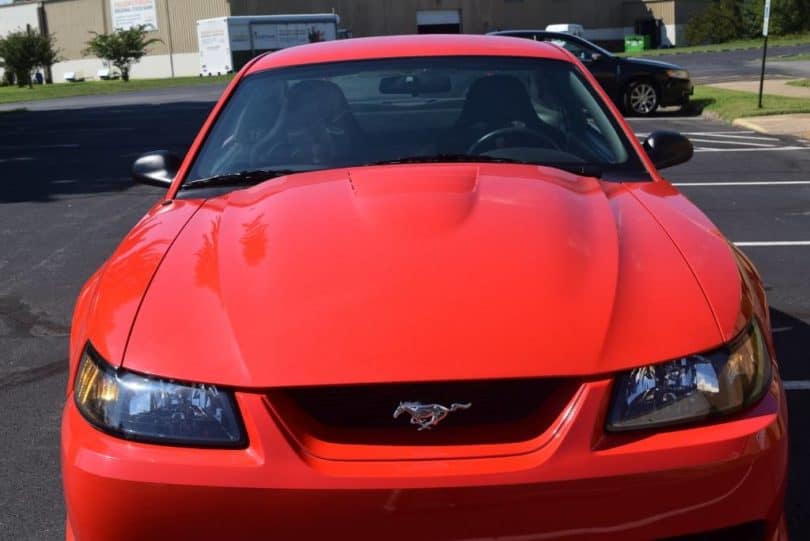 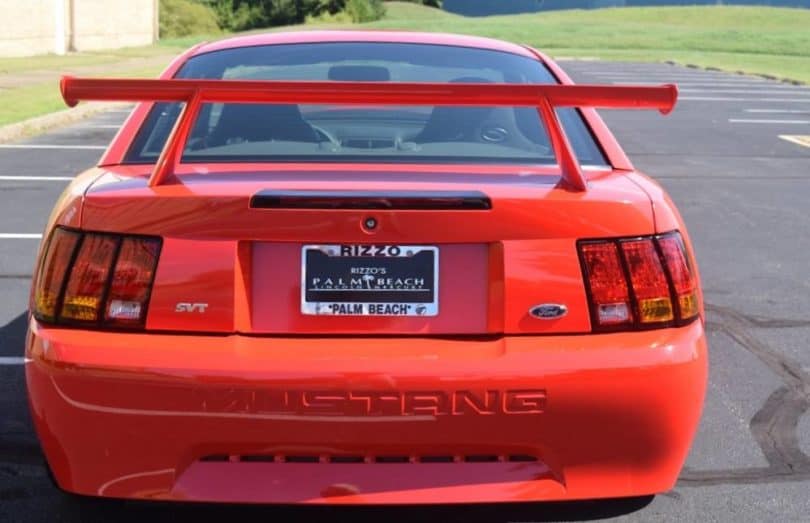 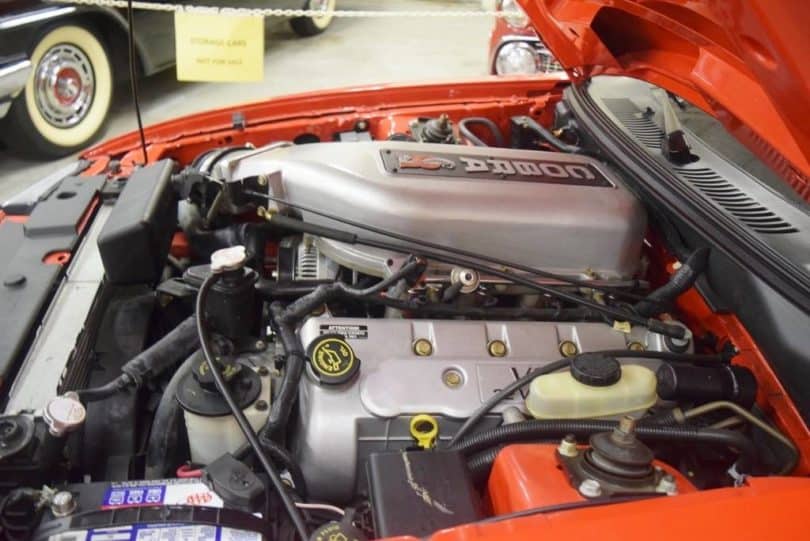 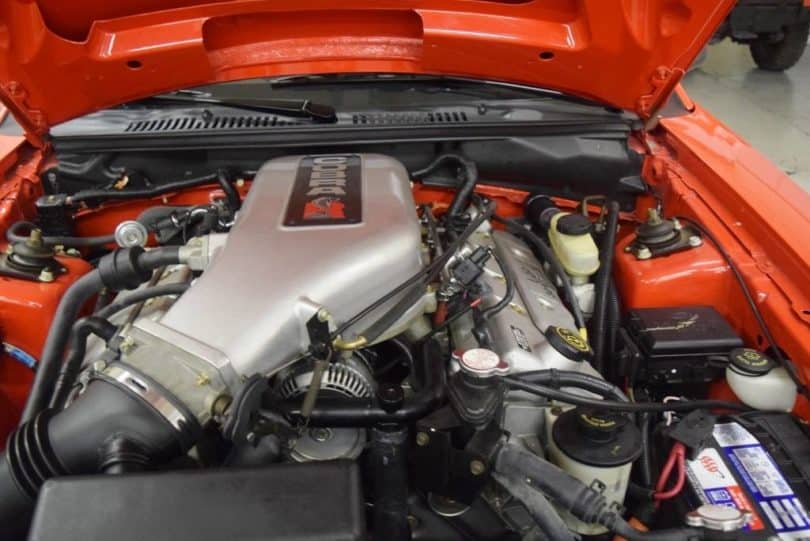 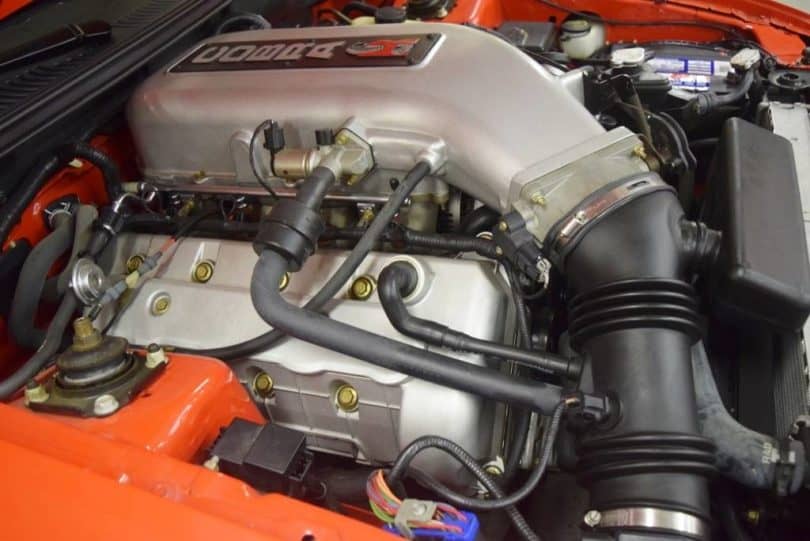 The year of the Racing Cobra.

This was the second year of the more advanced 4.6, bring the power back to a stock car. This car was competitive, and still with minor reliability problems that have become common with the name Ford. Waterpumps, electronics, headgaskets, and auto trans problems are common under any hard driver. Though as long as you treat it with respect you will only really deal with a new water pump every 30,000-60,000 or so. This is the biggest down fall, and is a first to upgrade. If nothing else.
Enough about the bad. Lets talk about the good. The GT comes with 260hp and uses it under a 5 speed to reach 60 in 5.8sec(competitive against the LS Camaro, but still a bit short) and a top speed of 150mph. This is a good start and this car can become quite a performer. The stock handling is decent and for the first time in the history of the Stang the braking and acceleration is equal and feels right to me. The V6 still shouldn’t exist, but what can you do. The V6 is lame, and can only produce a max of 300hp. The thing is I have heard horror stories of the base model still having the short comings the V8 has. I don’t think its worth it really. The 190horses are weak for a car this heavy and is not a real Mustang. The 0-60 is in the mid eight on a auto. So be aware that if I see you I will make fun of you.
The new look is a welcome change to me. The interior is very much the same as the SN95 model, but more arresive. This car was deffently more about performance and less about luxery. The exterior feature a new design that was “more in your face”. This is a good looking car. I think one of the coolest looking mustangs ever.
With that being said the 2000 Cobra R is what every guy wants in a Mustang. This car feature 385hp and torque from a 5.4L; that would rocket this beast to 0-60 of 4.5-4.7sec and a top speed claimed at 175mph. This engine didn’t use any superchargers, just engine. The handling was as good as a Vette or Ferrari. Yeah, 1.0g at 60 and at 120. Thats great, and beefed up brakes Ricardo seats made this a dream Stang. This was all great, but the design was the most awsome change. My favorite Mustang ever. I mean ever. The ground effects are mean, I mean this car looks angry. The massive wing is alittle much, but functional. The side pipes are a neat feature; but the real eye catcher is the hood. The double cowl grooved hood, the most aggesive hood ever put a factory Ford. Possibly any Mustang, and I have a Cervinis replica on my 88 conv. This made a cool car, a dream car. I love this car, just one problem. They will cost 50k if you find one used, and they have no radio or AC. They only made 300 of these beauties, and if you do pick one up it could be a good investment. But you have to pay for it and the hardest part find one and not drive it.

This year was a amazing year for design and to me the peak of the body style.