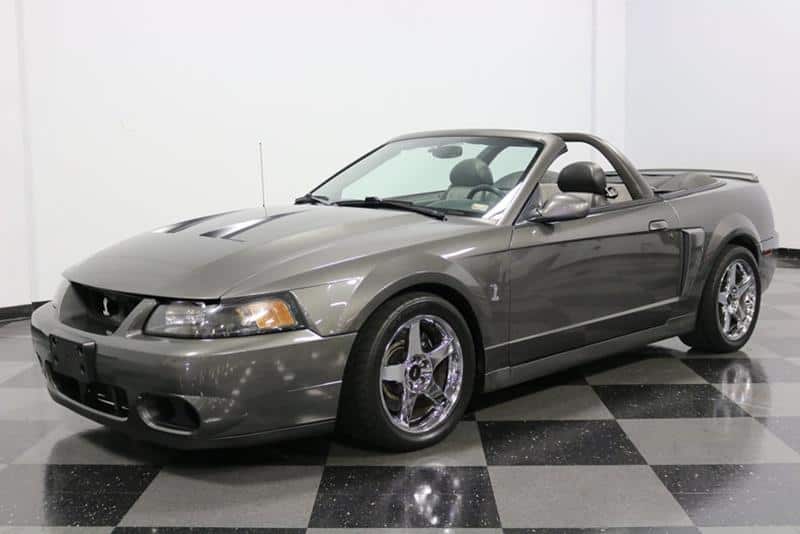 “Whether you own one of the firsts, or are thinking of the 2003 Mustang as your very first, you are part of an automotive love affair that is unlike any other.” 2003 Mustang sales brochure.

The base and GT Mustangs saw hardly any change from 2002 to 2003, but the return of the Mach I and the Cobra really diversified the 2003 lineup. Both had fresh features that distinguished them from both the base and GT Mustangs, and the updated Cobra was set apart from its recent incarnations.

The 2003 Cobra was sometimes called the Terminator, in part because of its increased power. Under the hood was a 4.6 litre supercharged dual overhead cam V8. Two-inverted hood scoops not only provided a unique look, they also discarded heat from the engine to allow for more power. The car also had a distinctive rear spoiler. Performance wise, the car went from 0 to 60 in 4.5 seconds, and could cover a quarter mile in under 13 seconds.

For the Mach I, Ford lowered the car an inch and installed a firmer suspension for better handling. Familiar to fans of the old Mach 1s was a shaker hood scoop. Ram air scoop channels underneath the car were partly responsible for the added power, in addition to the dual overhead cam 4.6 litre V8. The car was further distinguished by a low black stripe identifying the car as a Mach 1, special black leather upholstery and 17-inch Magnum 500 wheels.

In part because of the new editions, total production was up more than 10,000 Mustangs from the previous year to 141,907. Engine options in the base and GT Mustangs stayed consistent with the previous four years and included a 3.8 litre V6 producing 193 horsepower, and a 260 horsepower 4.6 litre V8.

Apart from the aforementioned slight redesign of the hood and new options, the 2003 base Mustang was essentially exactly the same as it had been in 2002. Production of the coupe was actually down a bit to 59,943 from a little over 67,000 last year, but increases in production of other models made up for this loss.

Also basically identical to their 2002 counterparts, the GTs changed little and still were offered in either the Deluxe Trim or Premium Trim packages. GT coupe production was 26,238, while 15,518 GT convertibles were made.

Though it was specialized, the Mach 1 reminded buyers of classic Mustangs and sold well. Almost 10,000 Mach 1’s were produced, and cost $28,705. Because of this success, the Mach 1 would return for the 2004 model year.

Because of the aforementioned power increases and styling upgrades, the Cobra sold very well in 2003. 8,394 coupes were produced, while the convertibles had a production run of 5,082. These numbers are in spite of the Cobras being the only Mustangs with price tags over $30,000, with the coupe priced at $33,460 and the convertible totaling $37,835.

With production on both the Chevy Camaro and the Pontiac Firebird ceasing in 2002, the Mustang was the only original pony car remaining; fitting since it also was the first pony car. While the Mustang competed with many cars in the early 2000s, it really stood in a class of its own. SUVs and mid-sized sedans were the best-selling automobiles, and there were cars that offered more performance than Mustang. But Mustang, as it always had, provided a balance between a performance car and a car fit for everyday driving. 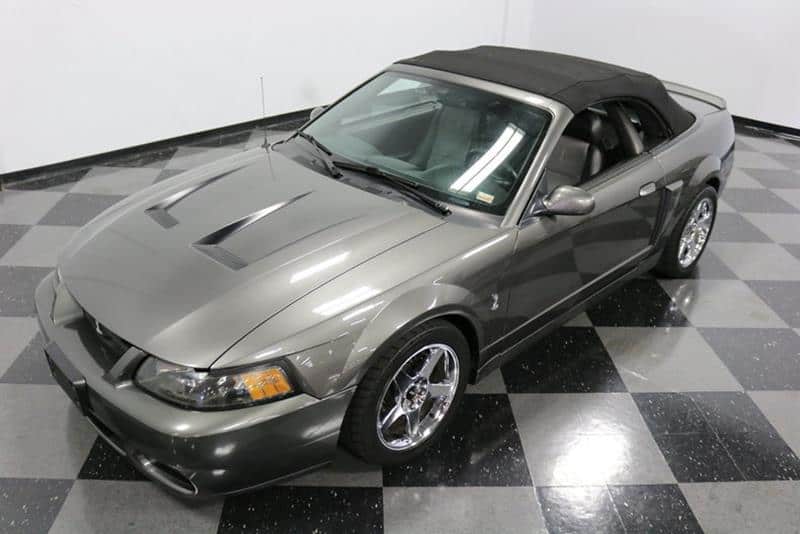 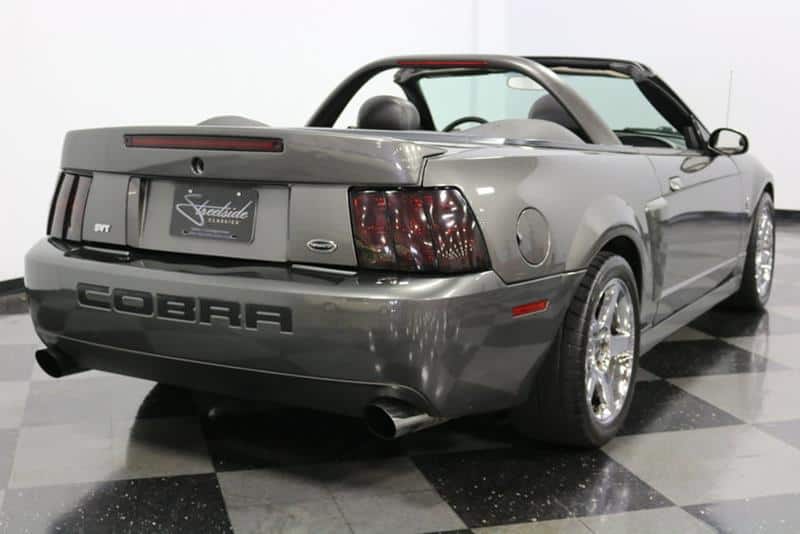 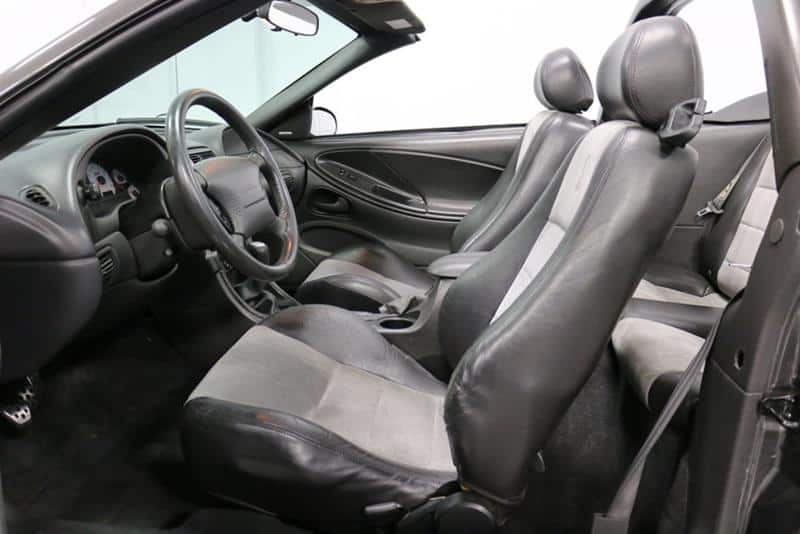 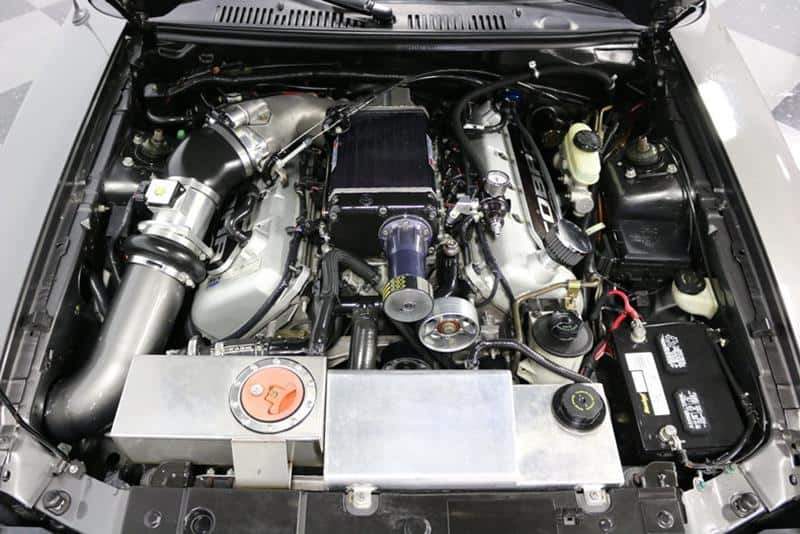 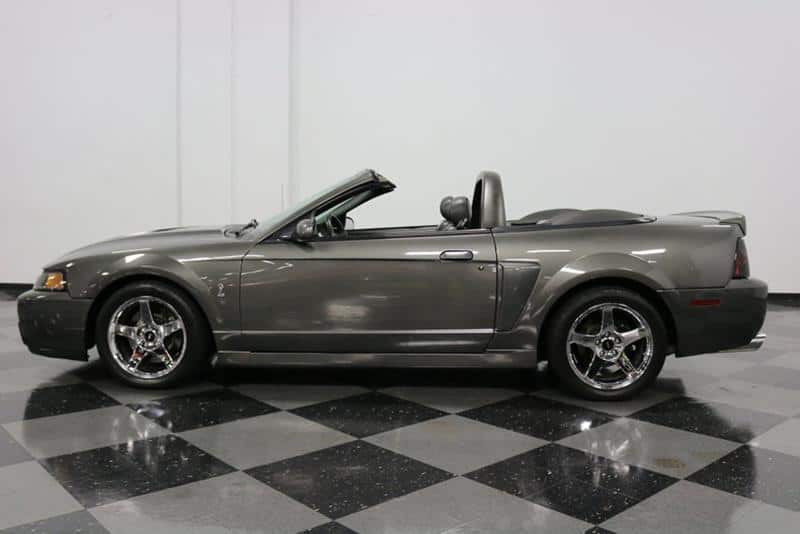