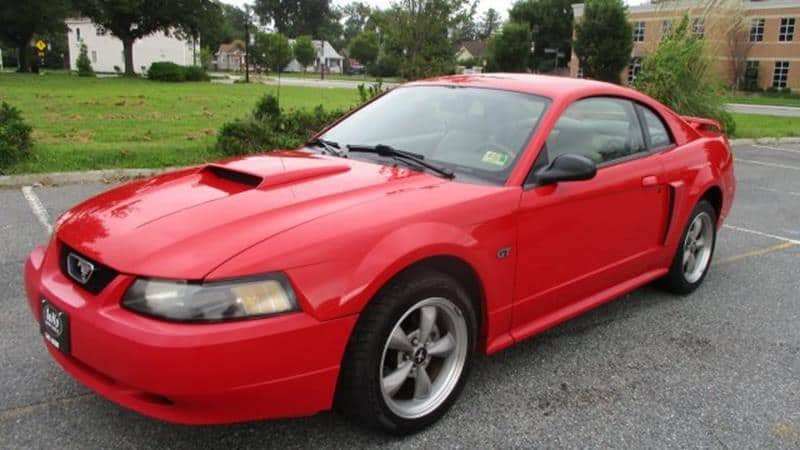 “The Mustang legend lives on at an exhilarating pace. Yours.” 2002 Mustang sales brochure.

Since the restyle of 1999, Mustang’s hadn’t changed drastically other than in the number of models available. The Bullitt Mustang was issued only for the 2001 model, so with it gone for 2002. And with all the Cobras being shipped to Australia, the Mustang line seemed sparse this year. Possibly to make up for it, Ford introduced two different trim lines, Premium and Deluxe. Buyers purchasing one of the GT models (coupe or convertible) had to choose between one of the two trim options, while purchasers of the base model coupe had the third option of a base trim package. Fortunately, by 2002, even the base trim package included air-conditioning, a stereo with a cassette deck and CD player and 16-inch wheels.

With the Deluxe trim package, a rear spoiler was included along with floor mats, cruise control and an option to upgrade to the Mach 460 sound system, Sport Appearance Group and anti-lock brakes. The Premium trim package includes all the standard and optional features of the Deluxe package with the option to include leather upholstery and the aforementioned Mach 1000 audio system. That sound system boasts a 570-watt output and includes a 60-watt amplifier and 14 speakers.

Engine options remained the same as they had been since the 1999 restyle, including the base 3.8 litre V6 that produced 193 horsepower. GT models came standard with a 4.6 litre V8 engine boasting 260 horsepower. Those Cobras that were shipped to Australia included the SVT Cobra 4.6 litre engine that produced 320 horsepower.

With 67,090 produced, the base coupe model was the best-selling Mustang of 2002. As mentioned above, the Mustang convertible was the best-selling convertible in the U.S. in 2002, and the base model sold its fair share with a production run of 24,747. The base price for a Mustang rose above $17,000 for the first time in 2002, with the coupes selling for $17,220 and the convertibles, which had to include at least the Deluxe trim package, running at least $22,540.

In addition to the aforementioned features included in the new trim packages that were required on the GT models, these cars also came standard with a traction-lock rear axle, upgraded suspension and 17-inch wheels that included performance tires. Foglights and dual exhaust were included, as well. The GT coupe was the second best-selling Mustang of 2002, with a production run of 33,093, while there were 17,717 units of the convertible GT produced. A GT coupe with the Deluxe trim package started at $22,760, while the Premium package added an addition $1,170. Convertible GTs started at $27,015.

Though these weren’t seen on American roads, the Cobra was updated slightly for 2002 with a restyled front bumper. There was now an additional set of foglights, as well as side marker lamps.

Most of the 1980s saw the Mustang and the Chevy Camaro/Pontiac Firebird combo in different classes, with the latter focusing on power while the Mustang was smaller and could be purchased with a fuel-efficient four-cylinder. With the restyles of all three cars (Camaro/Firebird in 1993, Mustang in 94), the cars could rightfully be called pony cars once again. However, 2002 marks the end of the rivalry once again, as it would be the last year of production for both the Camaro and Firebird (though the Camaro eventually would reappear in 2009).

The Mustang had continuously outsold the Camaro and the Firebird combined throughout most of the mid-90s through the early 2000s, and 2002 was no different. Camaro posted a total production number of 42,098 in 2002, while only 30,690 Firebirds were produced. The discontinuation of both of these models took out the most direct domestic competition to the Mustang after 2002. The Mustang stood once again in a pony car class to itself until the revival of cars like the Dodge Challenger and the new Camaro towards the end of the decade. 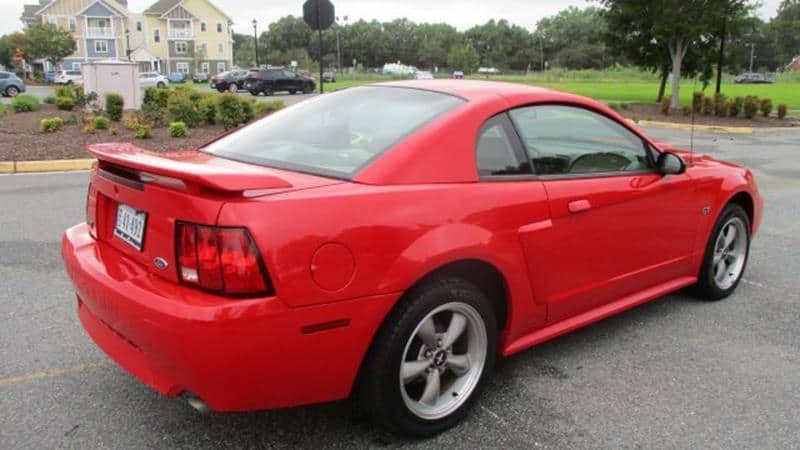 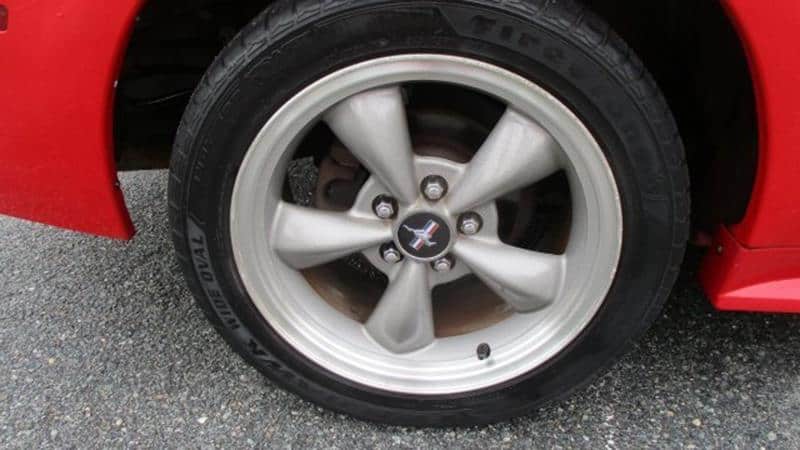 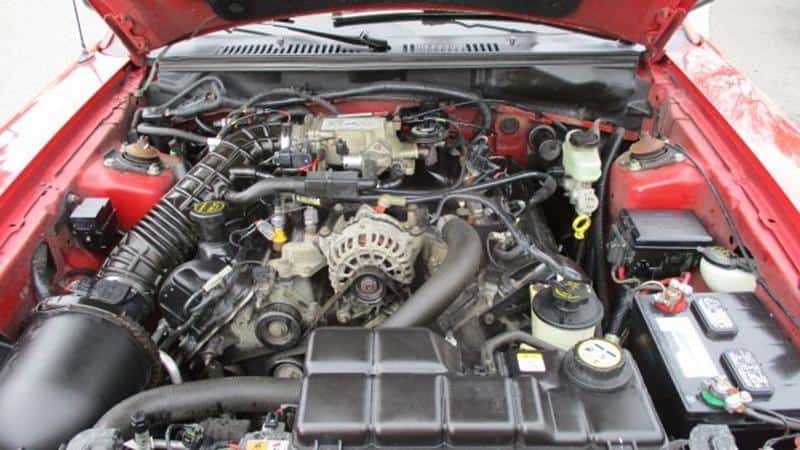 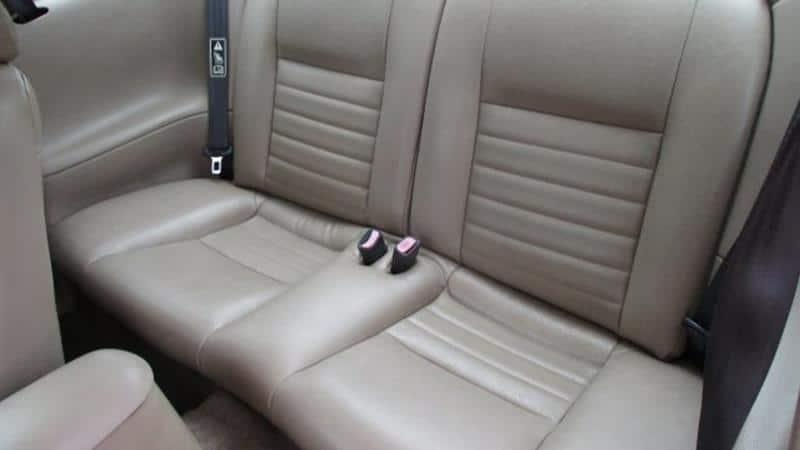 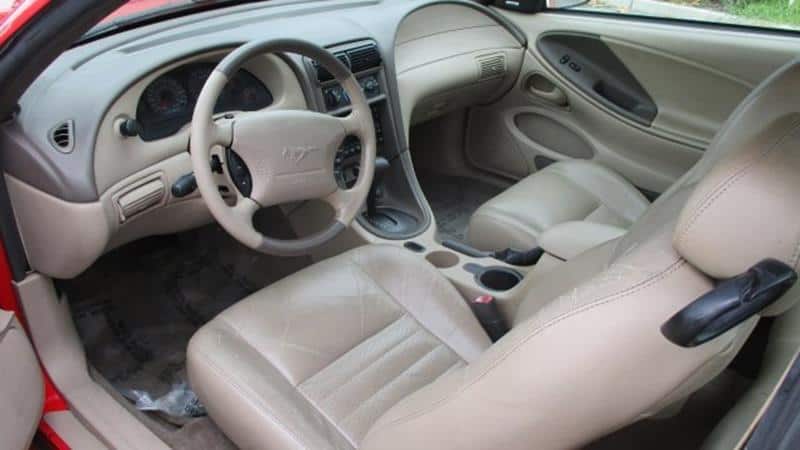