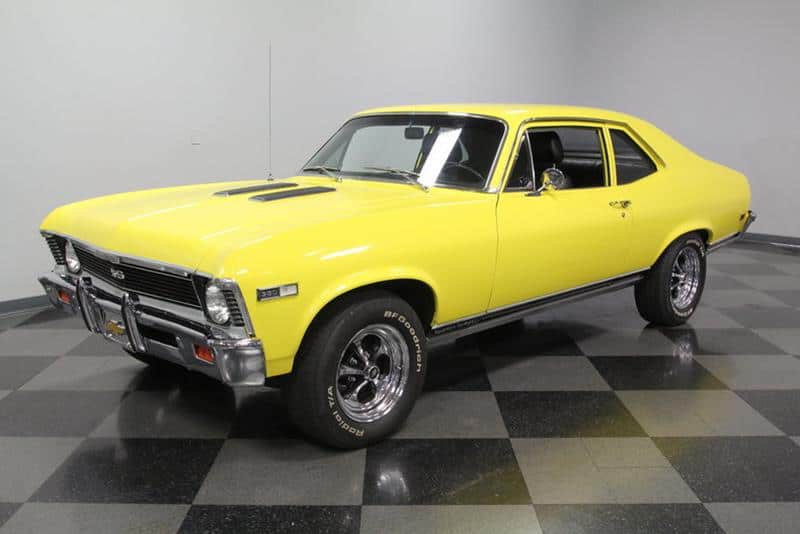 The Chevy Nova had come a long way since it was introduced as the very basic Chevy II compact in 1962. Though the Nova 400 and Nova SS were technically upgraded trim lines under the Chevy II nameplate, The Nova models had consistently outsold their more stripped down counterparts. 1968 was a transition year, and saw the car technically named the Chevrolet Chevy II Nova. The Chevy II portion of the name would finally be dropped completely the following year.

The new redesign placed the car on a longer 111-inch wheelbase, which was just an inch shorter than the Chevelle coupe. The new styling featured a “tunnel effect” roofline, and overall the body was wider, lower and sleeker than the previous styling of the car. Additionally, the new body style incorporated the then popular “long-hood, short-deck” body style that was featured on many cars at the time, including the extremely popular Ford Mustang and many of the other pony cars.

And though the car wasn’t a pony car (Chevy had the Camaro to cover that class), the sporty Nova SS was becoming more and more powerful as time went by, keeping up with American car-buyer’s demand for performance machines. Until 1968, the car had come standard with an inline six-cylinder, so this was the first year that Nova SS buyers didn’t have to shell out extra cash for a V8. The 350 CID V8 was rated at 295 horsepower.

Furthermore, the option of a big block 396 CID V8 also was available in the Nova SS for the first time. This engine pushed maximum horsepower up to 375. The engine featured 11:1 compression ratio, a Holley four-barrel aluminum intake and solid lifters. As had been an advantage of the Nova SS for the previous two years, the car also featured a favorable front to rear weight balance that few other muscle cars could match.

The elimination of the wagon and two-door sedan models further pushed the Nova toward the sporty side of compact cars. This was enhanced by the addition of options such as front disc brakes, heavy duty clutch, rally wheels and Positraction. Air condition and rear shoulder belts also were available as options on the new third-generation Novas.

At least in part because of the new styling and options available, sales of the Nova rose dramatically over those of 1967. Production of all Chevy II Nova models increased around 75,000 units to 183,552.

The Nova 400 series was distinguished from the Nova SS cars in the fact that it was available in two- and four-door models. They came with a base inline six-cylinder motor, as well. The cars started at $2,222 for the model year.

Perhaps the most surprising news of the model year is that the Nova SS actually decreased in sales, dropping almost 5,000 units to 5,571. With all the new power and options available to the car, this low number was a shock, but fortunately it also was an anomaly as sales would begin to rise the following and year and would keep doing almost every year until 1973.

The Nova SS was something of an anomaly in and of itself. Coming from the very basic Chevy II line, it was surprising to begin to consider it as a muscle car, which is exactly what happened beginning in 1966, and particularly starting with 1968. These models fit somewhere between pony cars and muscle cars and have been described as sleeper performers, which is exactly what they were. And the best was yet to come. 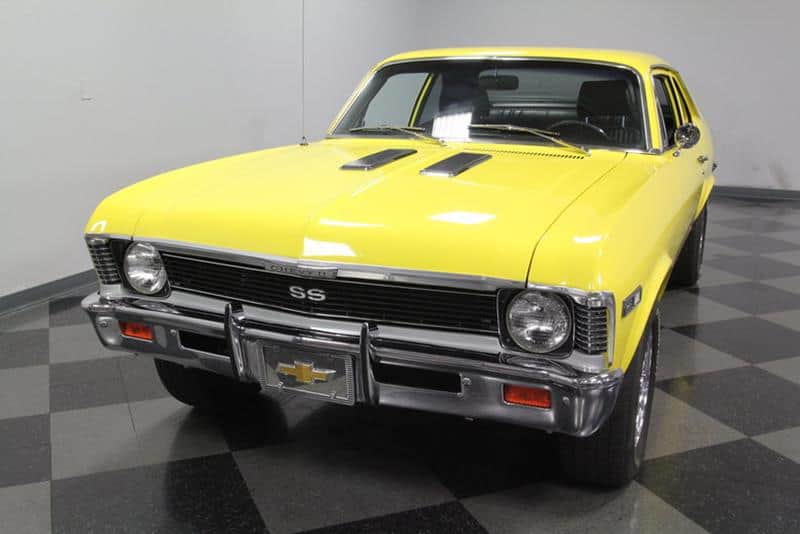 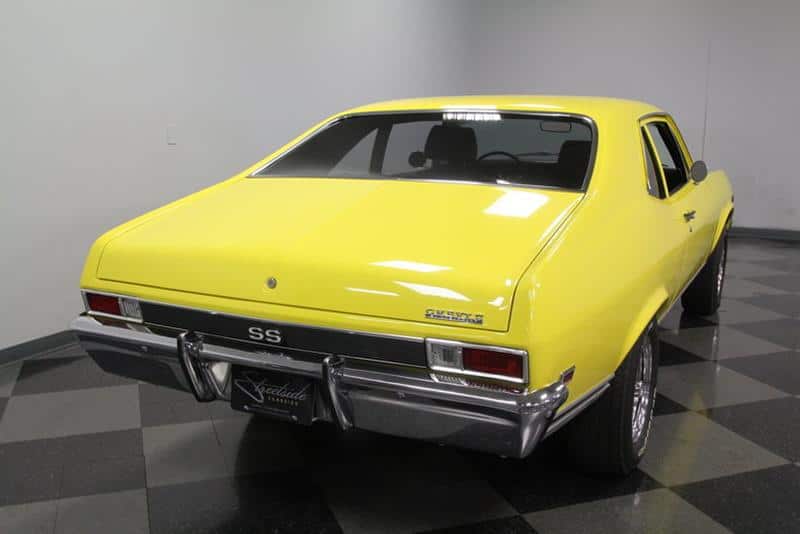 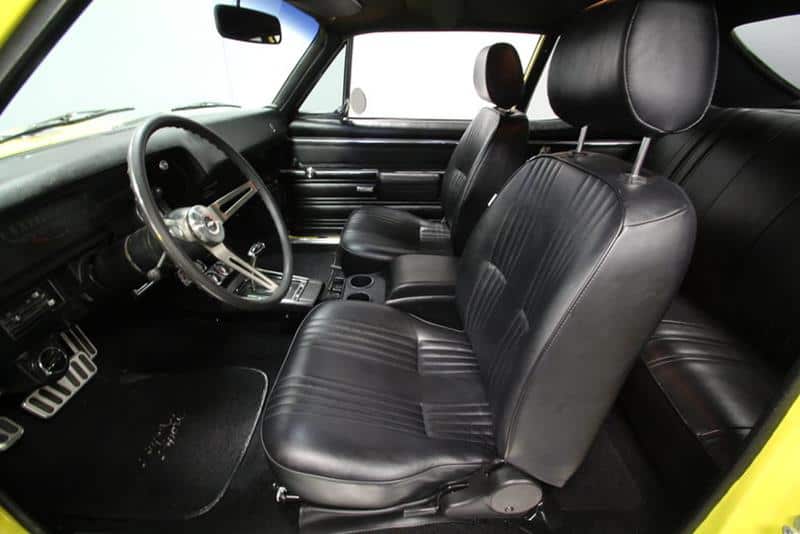 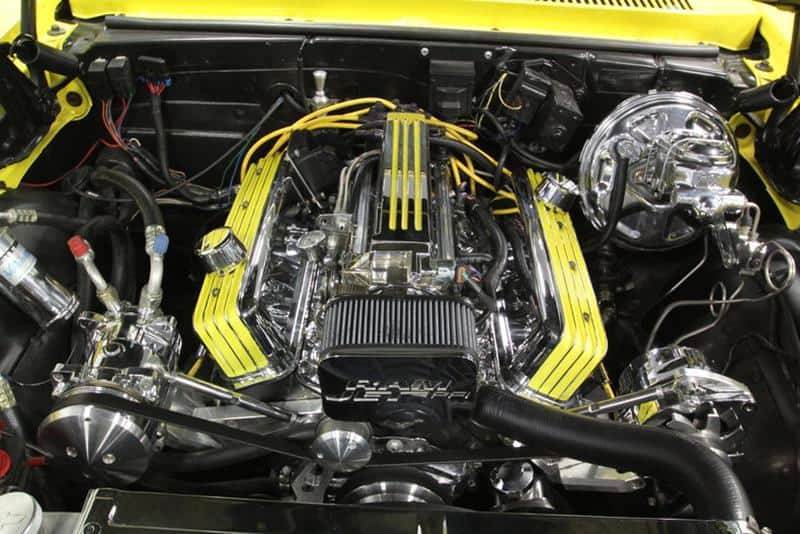 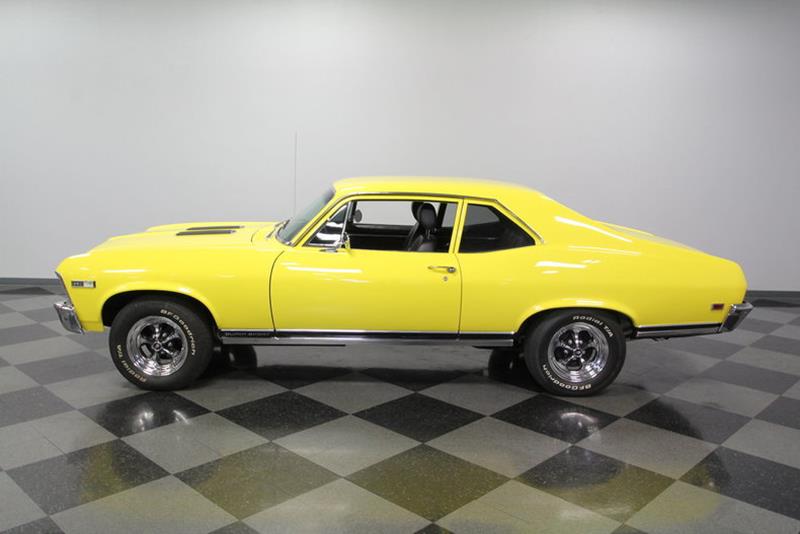