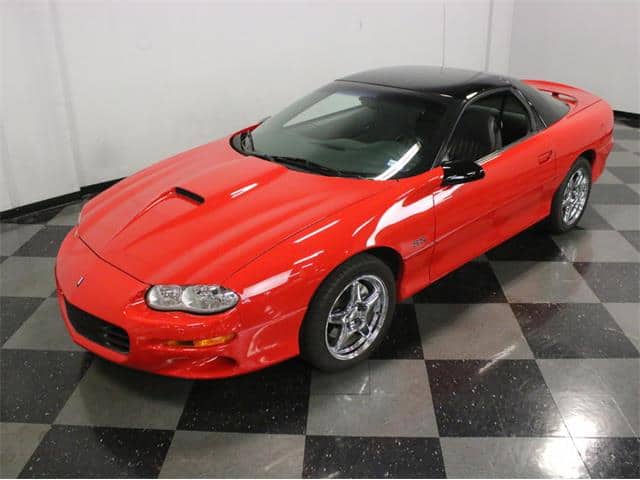 “From a bang-for-the-buck standpoint, the Z28 is unbeatable.” Edmunds.com review of the 1999 Camaro

With the minor restyle of the exterior in 1998, very little changed on the Camaro visually for 1999. The interior also had been freshened up for the 1997 model year, so things inside the car didn’t change very much, either. There was, however, a new electronic throttle control standard on V6 models and slightly larger fuel tanks.

By 1999, rumors had already started flying around that the life of the Camaro was in jeopardy at GM headquarters. Sales were declining, and it certainly didn’t help that there were over 35,000 fewer Camaros produced in 1999 than in 1998. The Camaro would eventually hang on through the 2002 model year, but sales would never recover.

Base model Camaros came standard with a Buick 3800 Series II 3.8 litre V6 that produced 200 horsepower. Since this engine’s introduction in 1995, it had been a far more powerful engine than the base Mustang engine by about 50 horsepower. This changed in 1999 as Ford upped its game and introduced a comparable 3.8 litre engine that produced 193 horsepower.

For Camaro’s V8 offering, it was sticking with the 5.7 litre engine introduced in 1998. The motor was borrowed from the Corvette and then detuned for the Camaro, and produced 305 horsepower. This was boosted to 320 horsepower if the SS performance and appearance package was selected.

So, about that low total production. Only 42,098 Camaros were produced throughout the 1999 model year. Only the following year would find Camaros selling better than this throughout the rest of the fourth-generation’s lifestyle, and even then not by much. It would become obvious over the next few years that the Camaro simply could no longer produce the high sales numbers it had previously posted.

Like it had been since the introduction of the Camaro in 1967, the coupe model was the best-selling Camaro of 1999, with 20,409 units produced.

Despite the fact that you could still get the powerful Z28 for less than $30,000, leading to the above Edmunds.com bang-for-the-buck comment, these cars were still not selling well. Only 12,556 Z28s were produced in 1999. The following year, however, the Z28 would overtake sales of the coupe for the first time in the history of the Camaro.

While Mustang suffered a sales drop in 1999 as well, they still produced over 130,000 units. Since Mustang and Firebird were, along with the Camaro, the only pony cars still on the road, this was the main competition. And though the Camaro had been known to occasionally outsell the perennially popular Mustang, those days were coming to a close as the Camaro would never be in the same league as the Mustang again until the fifth-generation Camaros were introduced in 2010.

But it obviously wasn’t just the Mustang’s fault for the decline of Camaro sales. Since the 1970 Camaro, a continued flow of new imports continued to take up room in the sports car market, and the popularity of the Camaro had peaked in the mid-1980s (at least in terms of sales numbers). It would take a leave of absence and a fifth-generation retro redesign before the Camaro would begin to sell relatively well again. 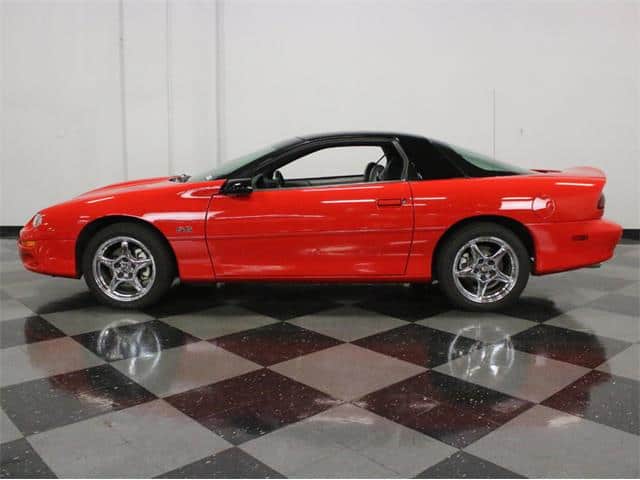 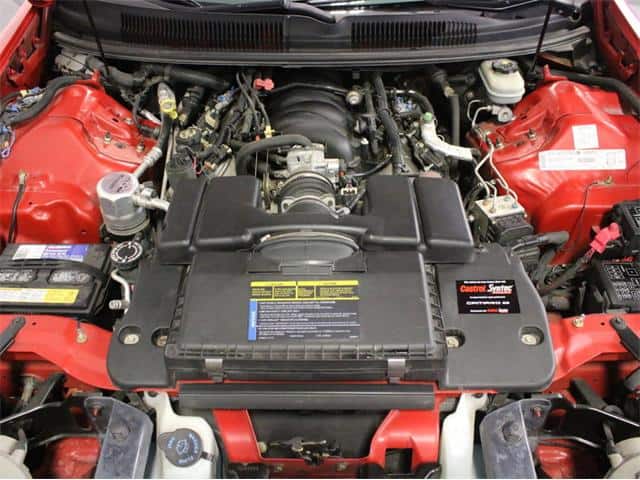 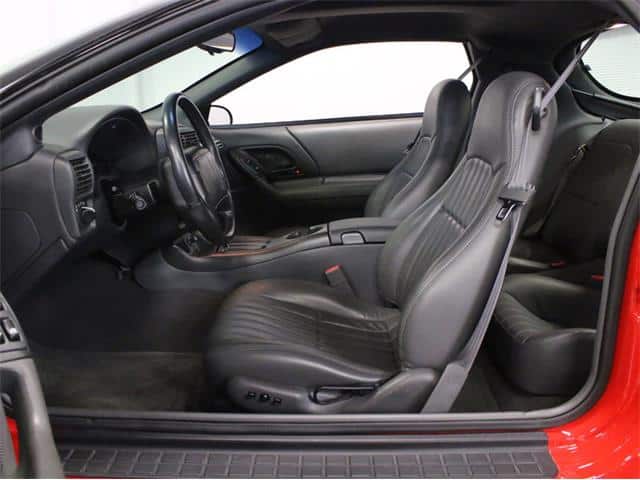 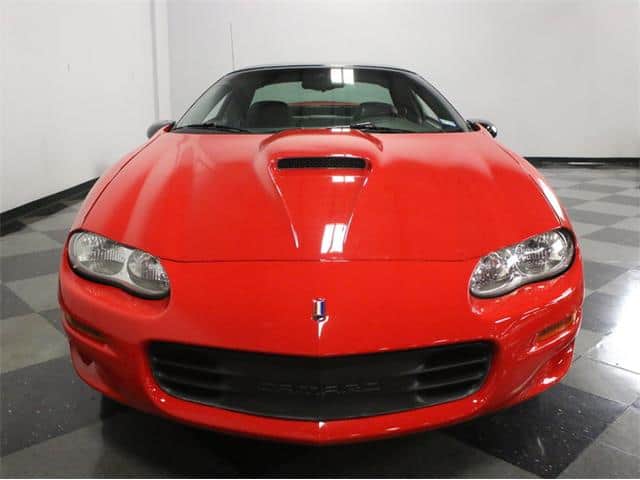 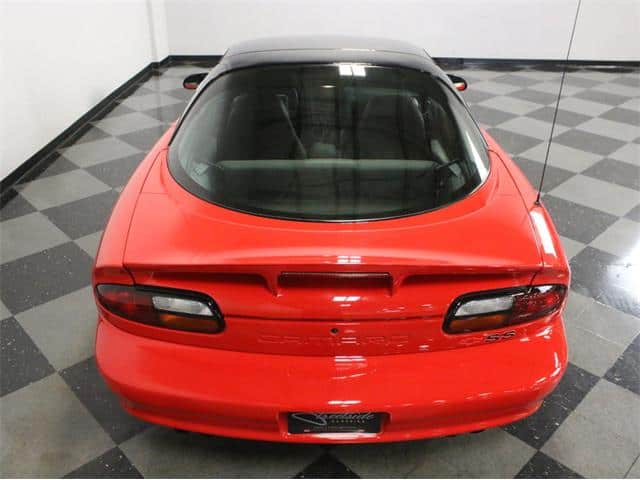 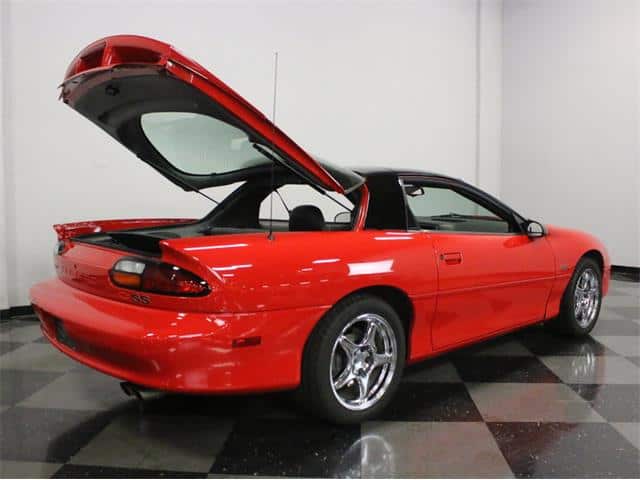 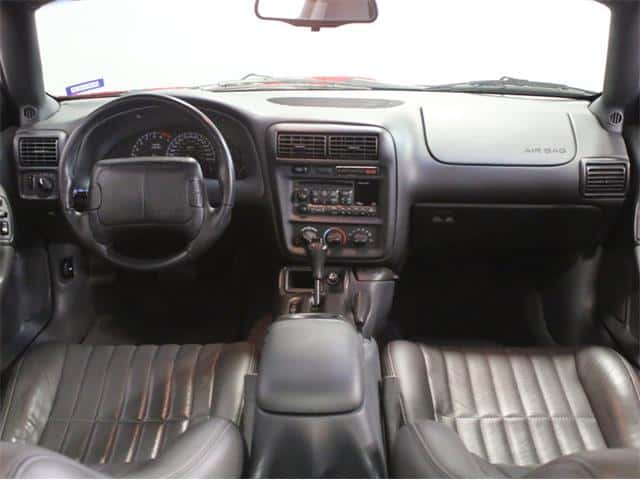